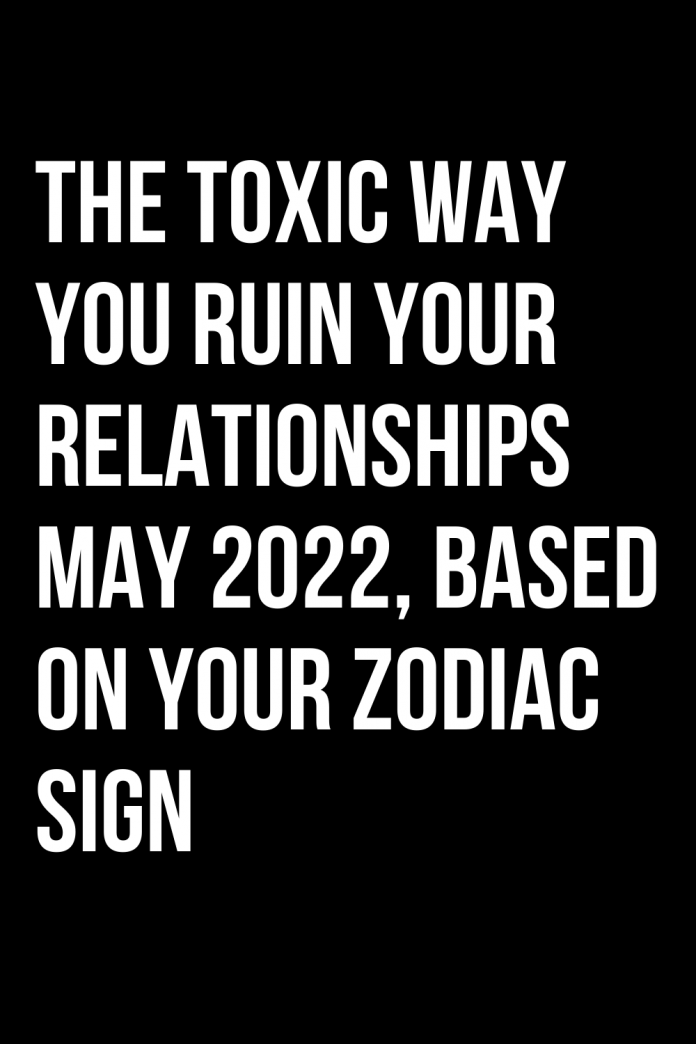 You pretend you’re fine when the opposite is true. You bottle up your emotions, which is why your relationship problems stay unresolved. Your person never has any idea of what you’re thinking, because you make them guess.

You keep score. You feel like every nice thing you do for your person should be rewarded. You grow to resent them rather quickly because you’re tallying up little things, like how many times you do the dishes verses how many times they do the dishes.

You spend every second of every day with them. Whenever your friends invite you out, you ask your person to join. Whenever you have to go shopping, you expect them to tag along. They are your best friend, which is sweet, but sometimes they need a break from seeing you.

You like wearing the pants. Taking control. Having the final say. You never let your person get their way because you feel like you are always right.

You get jealous easily. You guilt trip your person into choosing you over their friends and family members because you want them all to yourself. You act like their world should revolve around you.

You get angry easily. Your person feels like they can’t tell you anything because the second they do, you get mad. But you’ll also be mad if they keep secrets. It’s a lose-lose situation for them.

You are too hard on yourself. You don’t think highly enough of yourself. You end up sabotaging relationships because you assume your person is going to cheat or abandon you or screw you over in some other way. You’re too pessimistic and it makes your person think you don’t have faith in them.

You are used to being on your own, so you have trouble opening up to people. Instead of telling your person about what has been stressing you out, you try to handle your problems alone instead of facing them as a team.

You are too nice. You’re worried about hurting your person’s feelings so you censor your words. You might hate their haircut, but won’t tell them. You might be mad at them, but will keep quiet about it. You’re accidentally keeping secrets that will snowball.

You snoop through your person’s phone when they leave the room. You read all of their texts and swipe through their emails, just to make sure they aren’t cheating.