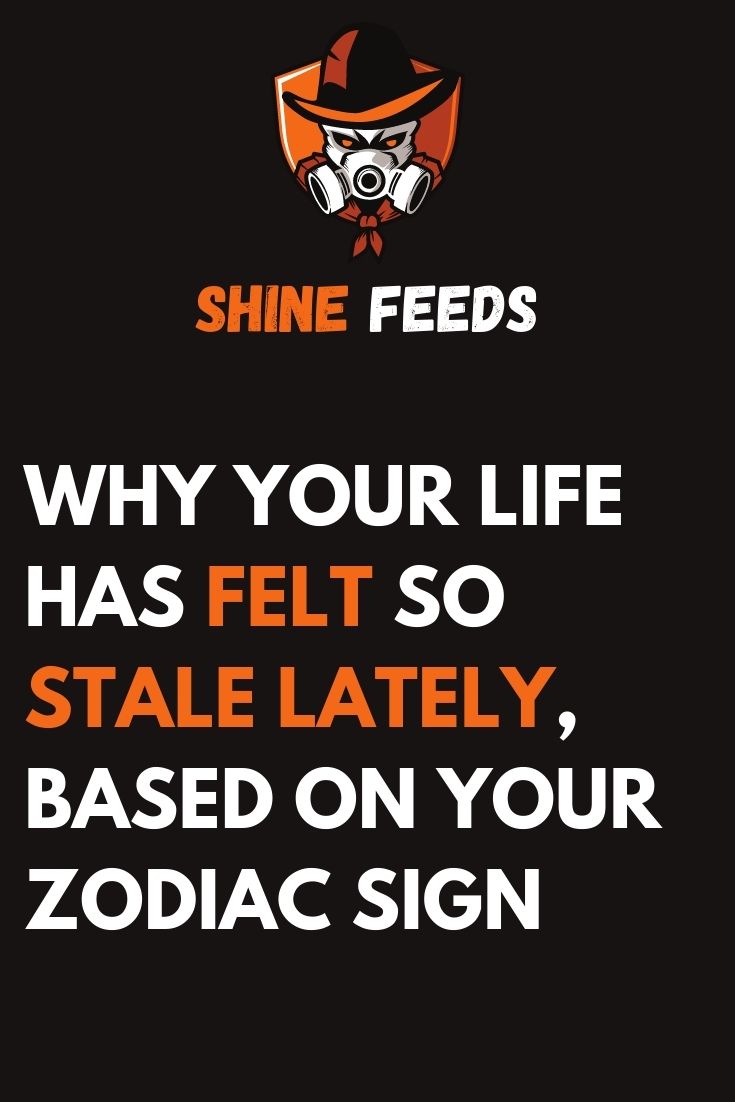 WHY YOUR LIFE HAS FELT SO STALE LATELY, BASED ON YOUR ZODIAC SIGN

You’ve fallen into a routine. You feel like you’re living the same day over and over again.

You’ve stopped taking risks. You’ve allowed yourself to get too comfortable in your situation.

You’ve given up on something you used to want more than anything. You’ve settled for a mediocre life instead of an extraordinary one.

You’ve been cooping yourself up inside. You’ve barely left the house lately.

All you do is lounge around and watch television, which is relaxing at first but can get old after a while.

You haven’t been pushing yourself to your potential. You’ve gotten lazy.

You’ve been hanging out with people who send the same texts every single day and have the same conversations every time you meet up.

You’ve given up on your hobbies. You’ve lost your passions.

You’re in the process of healing and need some time to get your life back on track.

Your whole life is about your job. You don’t do anything except work.

You’ve settled — either in your career or your love life — and the stress is finally starting to dawn on you.

You’ve been sleepwalking through your days. You only exist to eat, sleep, and work.