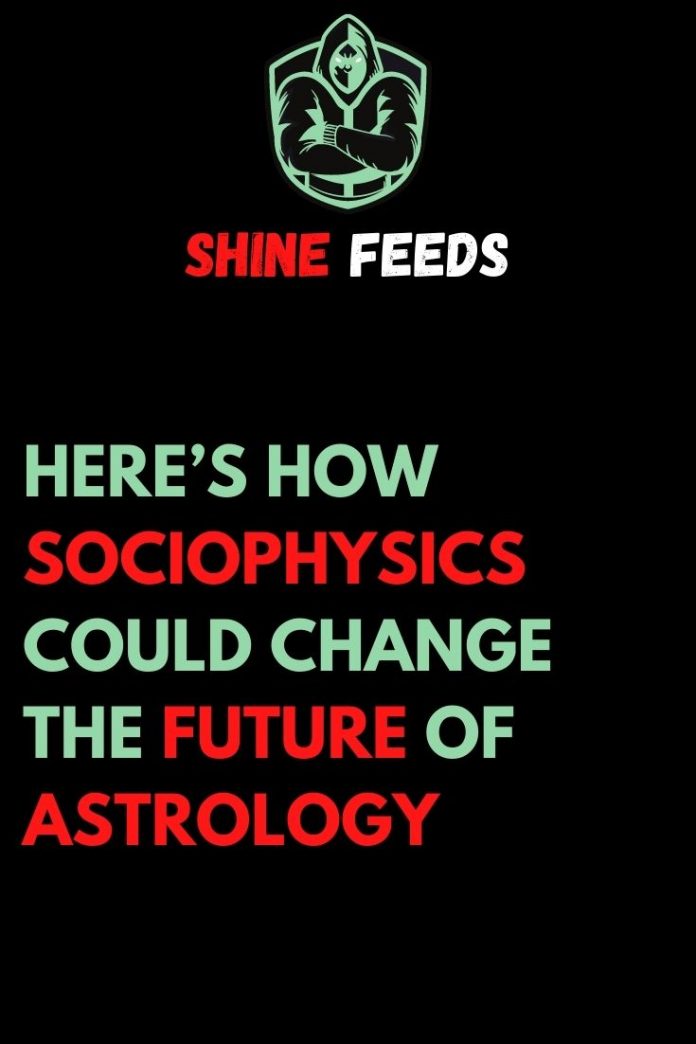 Astrology has been written off as a “pseudoscience” due to the fact it conflicts with both religion and science. I recently published an article on how astrology actually meets the criteria for science. My argument was initially based on how we perceive the social sciences as science; although social scientists apply the scientific method much differently than natural or physical sciences.

However, recent breakthroughs in the social sciences reveal to us how our understanding of our physical world very much resemble human organization and interactions.

Assistant Computer Science professor, Stephen Guy, and his colleagues of the University of Minnesota (2014) provide scholarly research on how the resemblance of human conduct and particle systems can be understood from a physical and natural science perspective. They derived a mathematical rule for “repulsive forces”—which act like electrons—which is known as sociophysics.

Turns out, every single word, thought, cue, or any interaction involves an exchange of energy—which many researchers have explored to understand natural phenomena such as a sociological concept called groupthink. In their experiment, Guy and his colleagues were able to correctly predict group behavior of pedestrians when space is confined or expanded. These subconscious behaviors seemingly bound by the forces of nature itself demonstrate the physics concept of energy resonance, applied force, and potential energy.

This is often what you hear spiritual healers refer to as the law of attraction. Energy exchanges can happen on both a mental and physical level. Science refers to as Newton’s Third Law defined as any action having an equal or opposite reaction (karma).

Sociophysics is no new concept, though it has been more recent when it’s come to light.

Eighteenth-century philosophers such as Augusta Comte and David Hume are the earliest noted for ideas that math and physics mirror human conduct. Back in 1948, astrophysicist John Stewart even took his knowledge of physics and switched to be a sociophysist.

To really throw it back, ancient astrologer and mathematician, Claudius Ptolemy, essentially mapped our universe through sacred geometry which was the very foundation of the geometry we know today.

Astrology explores the dimensions of time, space, and their relationship to human personality development and interaction specifically based on where planets are located in respect to each other.

Our entire existence is based on a continuum of time, space, and matter. The goal of science is to integrate our understanding of all three.

For example, it’s been proven that room shapes, amount of space in a given area, and an energy frequency emitted by the human brain through thought have an impact on how humans organize into groups and respond in social settings. Likewise, even the universe and throughout space naturally organize and behave similarly to all life on Earth and within our galaxy.

Think about something else: imagine an enclosed room with furniture. You move a chest where the sunlight through the window is deflected. Light bends, and this is evident when we place objects in its path. Another example is a portable speaker. You have it placed on your nightstand, then you move it up to a high up shelf on your wall. You’ll notice how much differently sound travels.

Based on where an object is at a given time, the energy that travels is altered. Astrology follows this same concept regarding how planets and celestial bodies influence the energy flow in our solar system. In turn, this can influence how we feel and act here on Earth. Perhaps why we feel drawn to certain people or have certain life themes repeating themselves to you.

Hell, even new research suggests that the smallest unit of life is quantum fields that run throughout the universe and travel throughout us as well.

This energy field that is the universal algorithm behind all life is revealing how the sky is no longer the limit. There is a universe around us and within us. The sciences help us explore multiple realms of thought, but the core of each is embedded in us trying to make sense of the unknown.

Soon enough, more of us will grow to appreciate astrology and its value to understanding ourselves and our timely place in this universe.