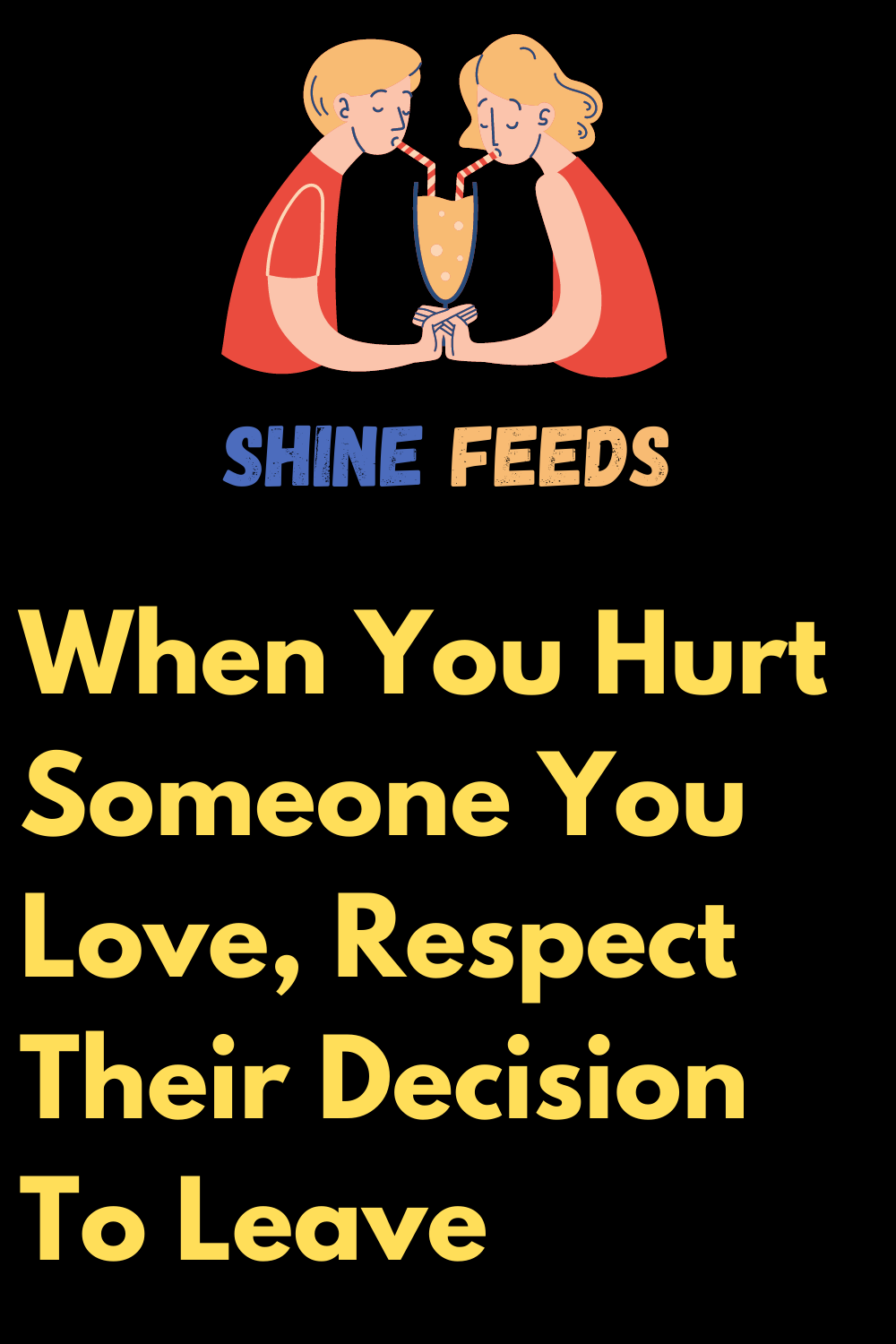 When You Hurt Someone You Love, Respect Their Decision To Leave

When you hurt someone you love beyond repair, when they tell you they cannot take the hurt you cause anymore, then you should respect their decision to leave. You should take a step back. You should give them the chance to walk away.

There comes a time when ‘fighting for them’ stops being romantic. When there is nothing you can say to change their mind. When you have reached the point of no return.

When that day arrives, you have to push away your hurt feelings and pay attention to theirs. You have to understand how hard it is for them to leave you. They might act like they have no other choice, they might say harsh words about how they cannot stand to look at you anymore — but that doesn’t mean their decision is easy. It is tearing them up inside. It is causing them hell.

Unfortunately, you took things too far, you hurt them too deeply. You made too many mistakes in a row. You created a toxic place that became uninhabitable for them.

As much as you want to fix what you have broken, there are some relationships that are irreparable. This is one of them. You have to accept that it’s over. You have to stop fighting against the breakup and let it happen. Let them move on from you so they have a chance at the happiness they have always deserved. The happiness you have stolen from them.

When you hurt someone you love, respect their decision to leave. Do not make it any harder on them because they are already struggling. It’s not fair for you to ask them to stay when you have given them so many reasons to leave.

Besides, you have not earned the right to guilt trip them. You should not aim to make it harder for them to fall asleep at night because YOU were the one who screwed up. YOU are the reason they needed to leave.

Do not turn the situation around. Do not act like you are completely innocent. Take responsibility for the chain of events you caused. Be honest with yourself. And, if you mean it when you say you love them, let them go.