Flirting: Makes eye contact with you across the room, smiles mischievously and doesn’t leave until they have your phone number saved in their contacts, which you somehow couldn’t resist giving them despite your best attempts.

Fling: Is absolutely down as long as the encounters are exciting, yet disappears without a trace as soon as they get bored.

Relationship: Is constantly ready to share in the next adventure with you by their side. Definitely enjoys taking the lead, but wants to know you’ll put them in their place if necessary. Is always excited to show you off to the world.

Flirting: Invites you to low pressure settings, like a coffee shop or a park, and talks with you for hours while they make up their mind about whether you’re dating material.

Fling: Probably choked on their coffee at the idea of being casual with anyone- they know they’re worth more than that.

Relationship: Takes their time establishing that they can trust you, yet completely invests wholeheartedly once they know they can. Will absolutely expect to be romanced and wooed but will nurture and adore you without reservation in return.

Flirting: One moment they’re teasing you and acting like you’re the only person in the room, the next they are talking to everyone else in the room but you. They have flirtatious conversations with you one minute, then act like you don’t exist the next. You aren’t entirely convinced that you’re not insane.

Fling: You go a week with having the most intense conversations and exciting hookups of your life, then you don’t hear from them for two weeks. Then they waltz back into your life as if nothing happened- yet let’s be honest, you’ll let them because they’re too excited to ignore.

Relationship: Never, ever allows you to feel bored for even a moment. Despite their unpredictability, they will be unabashedly generous in their affection towards you. Will make sure your conversations are never dull or unlively ever again.

Flirting: Makes incredibly subtle comments that, to them, seem very obvious and over-the-top that they are crazy about you, while to you, seem like they might only see you as a friend. Keeps repeating this pattern until you eventually pick up on the signs and make a move several months later.

Fling: Isn’t really thrilled about not being exclusive with you, but they’re already so emotionally involved with you that they are going to keep this going until you fall in love with them in return.

Relationship: Will go all out to make sure your every need and want is met, as long as you appreciate their efforts in return. Will shower you with all of the affection and adoration you could ever imagine.

Flirting: Lights up the room with their witty comebacks and interesting stories, while casting looks in your direction to make sure you’re noticing and paying attention to them along with the rest of the crowd.

Fling: Has about 12 flings happening simultaneously, but is beyond shocked at why you are hooking up with anyone else but them- because really, who’s better than they are?

Relationship: Will only have eyes for you and you alone, you will never have to question their loyalty. They’ll allow you to see their soft side and generous heart that they keep hidden from the rest of the world. Will make sure your relationship is never a stagnant one, but full of spontaneity.

Flirting: Has probably planned out their direct strategy of flirting with you for weeks or months now, is which is mostly comprised of sarcastic remarks.

Fling: Is very, very good at pretending to be more invested than they actually are, then throws up their wall when you even think about getting too close.

Relationship: Once you prove you’re completely invested in them, they’ll carefully open tear down their walls and allow you inside. Will always push you to be the best version of yourself and encourage you to achieve your goals.

Flirting: Is such a natural flirt that they manage to flirt with every single person in the room so that no one feels left out or unattractive.

Fling: Doesn’t even remotely see the point in engaging with you if sex is the only thing on your mind, but might consider the possibility if you can enthrall them with some interesting and engaging conversation.

Relationship: Will not settle for entertaining shallow or meaningless discussions, but will engage with you on deep and emotional levels you may not have explored before. Will go out of their way to make sure your relationship is as happy and harmonious as possible.

Flirting: Sees you from across the room, smiles slightly, and winks at you, expecting you to fully be aware you will be sleeping together before the night is over.

Fling: They blew your mind when they slept with you, and you’re ready to commit on the spot. They, on the other hand, have their eyes on someone else.

Relationship: Will ignite your relationship, and your life, with a passion and fire you never could’ve imagined in your wildest dreams. Will be fiercely loyal to you and expect the same in return, no exceptions allowed.

Flirting: Doesn’t even try to flirt with anyone, and ends up essentially flirting with absolutely everyone.

Fling: Most likely has a different hookup partner in every single area they’ve traveled to.

Relationship: Will cause you to look on the bright side of things and light up your life with their humor, as long as you respect their space. Is always excited about the newest possibilities and the next great adventure, and they can’t wait to share it with you.

Flirting: Walks up to you (or texts you) and straightforwardly says they are interested in you. Period.

Fling: Rolls their eyes at the idea of casual dating. Besides, they’re spending the majority of their free time working, anyways.

Relationship: Is the very definition of an old soul. Will always be your shoulder to lean on when the rest of the world seems to be falling apart. Will absolutely push you to achieve your goals and work towards being the kind of person you want to be.

Flirting: Spends more time challenging you intellectually than anything else, which takes you about twenty minutes to realize that this is actually them flirting with you and not just them pushing your buttons.

Fling: Makes it clear that they won’t hook up with you just because you want them to, but ends up in your bed after you impress them with your intelligent, unconventional, and witty conversation. Most likely regrets this the next day but won’t show it.

Relationship: Will cause you to see everything you think or believe in a different light. Will never allow your conversational exchanges to be mundane or lackluster. Will always respect you and your need for independence and hopes you will do the same for them.

Flirting: Requires you to come to them and make the first move, then when they do start talking to you, ends up rambling and stumbling over their words. You still manage to find this absolutely adorable.

Fling: Is totally okay with this…as long as you’re not seeing anyone else…and you’re fully invested in them alone.

Relationship: One of the biggest hopeless romantics out of all of the signs. Will completely devote themselves to you once they’ve fallen for you, and won’t look back. Will go out of their way to make you feel as happy, loved, and cherished as humanly possible, and only asks you respect and treat them as an equal in return. 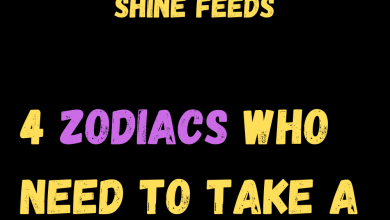 4 Zodiacs Who Need To Take A Chance On Love