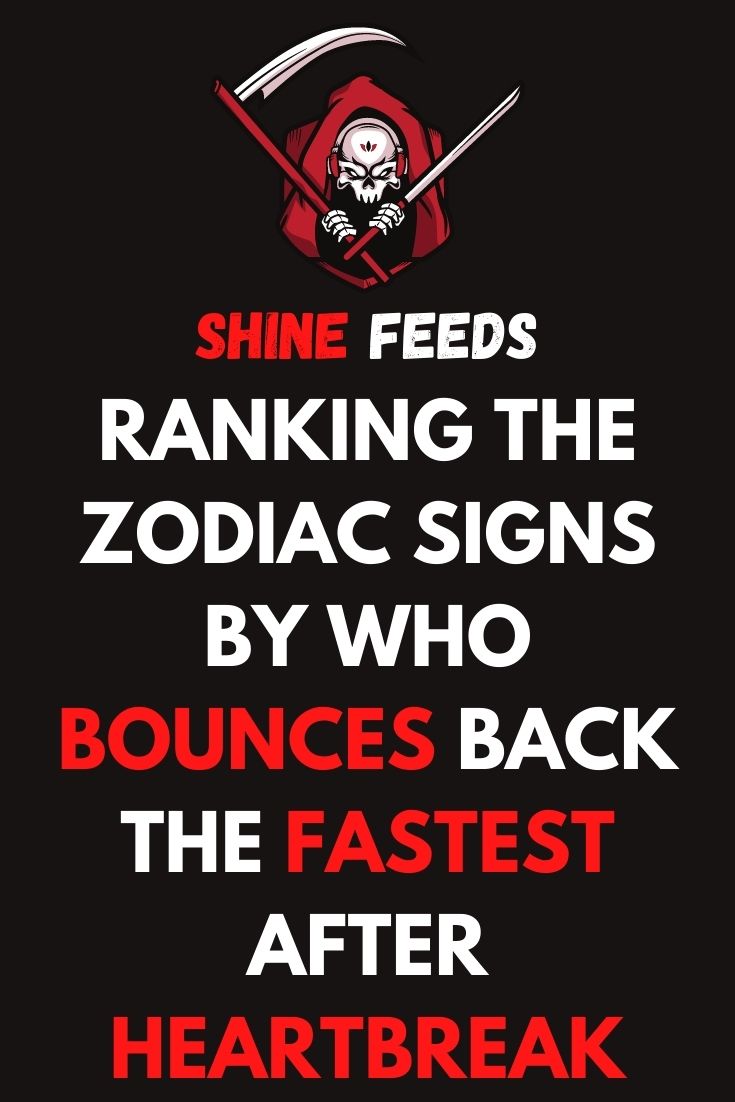 Aquarians don’t even really need to bounce back. Chances are, it ended because they already had their eye on someone or something else. They’ll love you hard while you’re theirs though, and who can ask for more than that?

Gemini’s are notorious for being major flirts. Yes, they’ll be upset about a breakup. But rest assured, they will be back to flitting those eyelashes and back on the scene faster than you can say rebound.

A Taurus will bounce back quickly because, frankly, they don’t have time to wallow. They like to keep their time filled with productive activities. You can choose to add to their life, or you can watch them work around the empty space you left behind.

A Capricorn will let themselves be upset about their heartbreak for an allotted amount of time. Then they decide to be objective about what happened, and move on. This makes them pretty irresistible as they will prove to the last day that they never needed you, they wanted you.

Cancer’s have such a great sense of humor that they will be able to joke their way out of heartbreak. It might take them a little time, but they will be back to their old selves and cracking jokes before you know it.

An Aries will get over you by throwing themselves into self-improvement. So technically, they get over you pretty quickly, but their drive and goals will last much longer.

Pisces’ know the difference between clingy and invested. They might take a little longer to get over the heartbreak because they put so much into it. However, once the wound heals, they know they can offer someone else so much more, because that someone else will know to appreciate them.

The Sagittarius clan will act like they are over a heartbreak long before they actually are. They will seem fine on the outside, but internally they will be going over every detail. Once this passes from “what did I do wrong” to “what can I do right going forward” they will come back better than ever.

A Virgo will take a little longer to get over a heartbreak, not because of you, but because they feel like it is a personal attack on their own judgement. Then once they are over the heartbreak, they will overthink why it took them so long to get over it in the first place. Classic over thinkers, but also classic over lovers.

A Leo will throw themselves into their career during a heartbreak. They will work and work until everything they are trying not to feel will burst inside them. It seems as though they get over heartbreak quickly, but that’s only because they are suppressing the emotions they are trying so desperately to ignore.

Scorpios are masters of the cold shoulder. They will ignore whoever hurt them for as long as they are feeling hurt. This is because they can’t handle getting over someone while the someone is around. Unless the person in question lives far away or runs in different circles, a Scorpio will likely always feel a little piece of their heart bruised when they see the one they used to picture forever with.

It’s no surprise that Libras are dead last on this list. They are notorious for multiple chances, partially because it probably took them forever to find someone they actually liked. They feel deeply, and don’t take anything lightly, making them great partners but terrible rebounders.