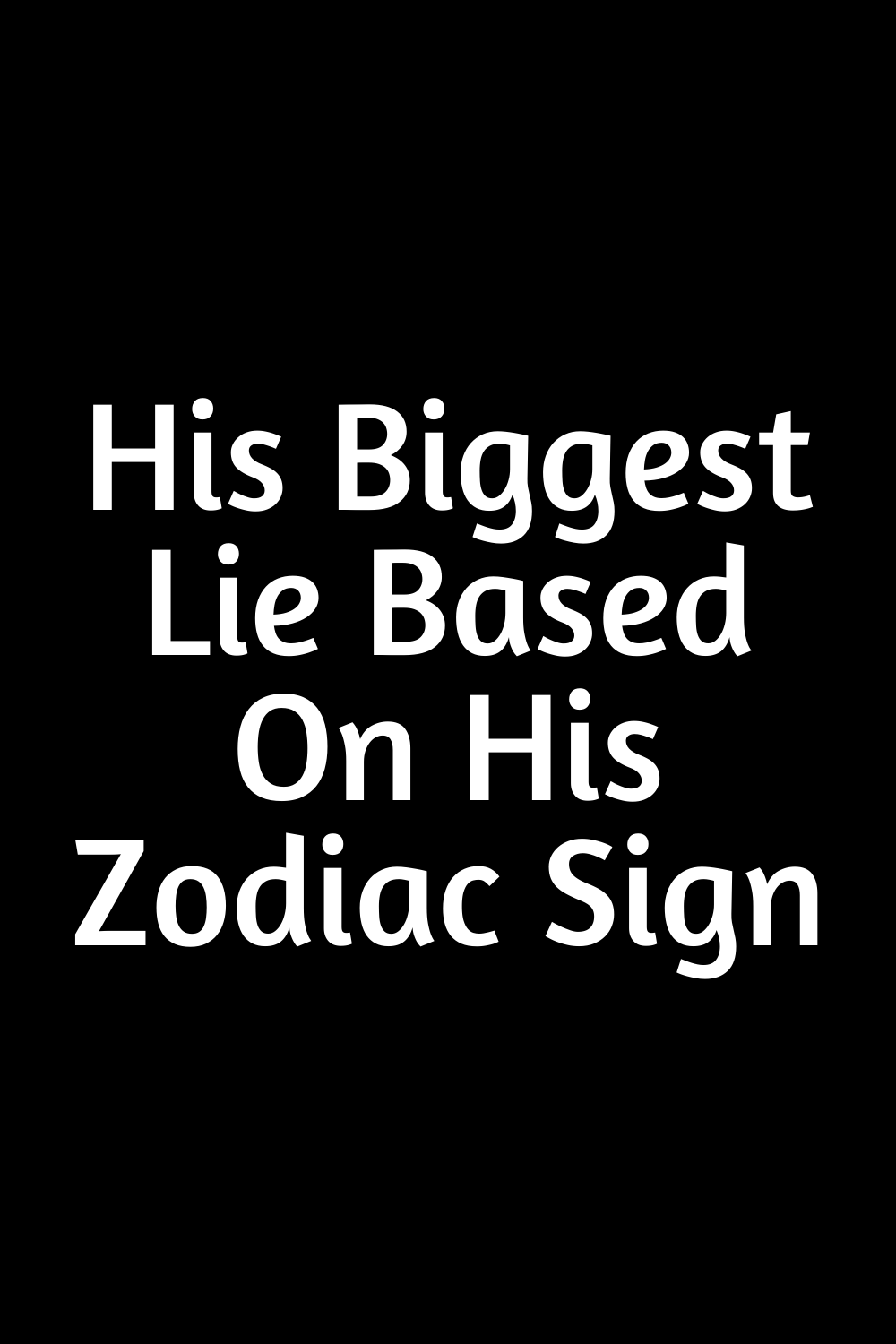 He is always looking to cheat. An Aries man is always going to have wandering eyes and it would make sense for him to never tell you about it. He wants to cheat on you but he’s trying his best to be discreet about it. You can also read our very famous articles on how to love an Aries and how you should be loved.

As a Taurus, he is most likely going to lie about his past. He has had some demons in his life and he doesn’t want to bring them out into the open. There are many skeletons in his closet and it may take him a while before he really comes clean to you. He wants to start things with a blank slate and he doesn’t want his past to define who he is. You can also read our another piece on 7 things that make Taurus the most romantic partner ever.

His indecision is his biggest weakness and he knows it; however, he doesn’t want you to know about it. He can never come to a decision without your guidance. He is always uncertain about the state of things but he wants to give you the impression that he is always sure of himself. Also read our separate article for Geminies: 5 Easy Ways to Love a Gemini.

A Cancer has a tendency to be very moody. Even though he can be seen to be genuinely happy one minute, he can be very upset and irritable on the next. That’s just a natural facet of his personality and he’s always trying to fix that. He tries his absolute best to hide his mood swings from you because he doesn’t want you to think that he’s being unstable. Also read 10 things you need to know about a Cancerian woman

A Leo is a man of pride who is going to have selfish tendencies. You already knew that going into the relationship. But still, he most likely hasn’t revealed his true self to you. You have only seen the tip of the iceberg when it comes to his selfishness. He is always looking out for himself but he doesn’t want to reveal to you just how selfish he really is. Here are some qualities of Leo women and how you should treat them the right way.

Like the Taurus, a Virgo has many demons within him and most of the time, he wants to be facing those demons alone. He doesn’t want to expose you to the dark parts of his life and so he’s going to try to suppress them as much as possible. Here are 13 things that you should know about loving a Virgo.

A Libra is a very vindictive and vengeful creature. Sure, he tries his best to always maintain the peace around him. He is generally a very positive and kindhearted being but when someone does him wrong, he is not one who tends to forgive and forget. Of course, he is always hiding his true feelings for the sake of peace, but still, it’s eating up his insides.

He will try to act very timid and subdued but in fact, he has very strong animal instincts. He always wants to go all out with you, but he tries his absolute best to behave himself. It’s his biggest secret. It’s his biggest lie. To do wild and dangerous things with you is his deepest darkest desire. He just doesn’t want to scare you off. If you’re planning on dating a Scorpio then you should know the 15 Brutally Honest things about Scorpios.

For the most part, you definitely know about your Sagittarius man’s thirst for adventure. He never likes to keep still and he always wants to be doing something. He has so much energy to the point where it can get very tiring to keep up with him. There are times when you just want to sit still with him and he would never tell you just how much he hates that. He hates boredom, but he would try to always endure it for you. Also read, 10 Ways to Love a Sagittarius.

An Aquarius man wants to be a free person. If you’re smart and you want to keep him, you would always want to give him his freedom and individuality as much as you can. But still, deep down inside, an Aquarius man is never really comfortable with being tied down to anyone. He always craves the single life even though he loves you very much. Also read, 9 Things to Adopt For a Healthy Relationship with an Aquarius.

If you’ve been together with your Pisces man for a long time, then you would know that your man really loves you like no one else could. That’s why he would do whatever he can to shield you from unnecessary stress and worries. His biggest lie to you always concerns his own personal drama. He wants to deal with his problems on his own so that you don’t have to take on his stress. Also read, 10 things you need to know about Loving a Pisces.