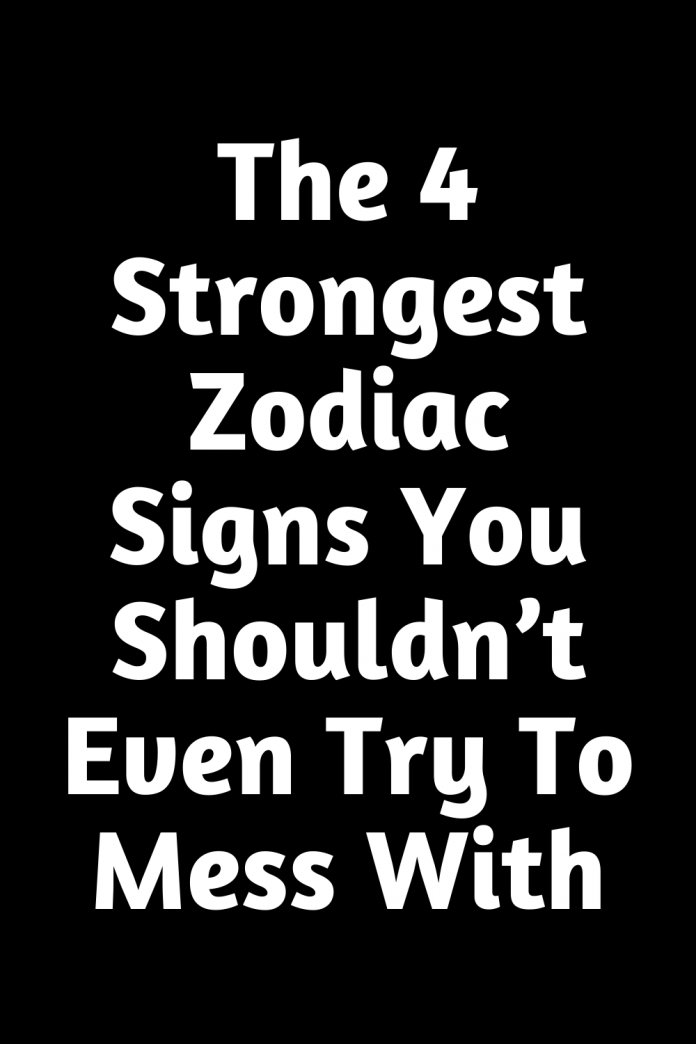 It’s really hard to differentiate who is the strongest among the zodiac signs.

They are all strong in their own way. Some are even unaware of it until being strong is the only choice they have.

However, there are 4 zodiac signs that are predisposed to great strength. It’s in their genes.

They are capable of handling everything life throws at them and thrive in spite of every setback.

They are their own rocks. Even when they fall, they are able to lift themselves up.

They are independent and strongly opinionated. They all have big hearts, but they never allow anyone to mess with them.

Persistence is one of the most valuable traits of an Aries, and it’s the biggest source of their strength.

No matter how hard life gets, they are always ready to get back up and try harder.

They don’t even want to hear a negative answer. They will go stubbornly ahead until they succeed.

They don’t rely on destiny to take its course. They take matters into their own hands.

They like to make their own choices. It gives them a much-needed sense of control. That’s why they don’t respond very well when someone else tries to mess with them.

Cancers are the most emotional of all zodiac signs but that doesn’t make them weak. In fact, they are one of the strongest zodiac signs out there.

Not only are they capable of dealing with their own problems, they also help other people deal with theirs due to their incredible sense of empathy.

They sometimes feel like they are carrying the weight of the world on their shoulders.

No matter how severely broken a Cancer gets, they are able to pick up their pieces and rebuild themselves all over again.

When others would crumble to the ground, a Cancerian endures and survives.

When it comes to dealing with other people, they will be understanding and forgiving. But once their limits are crossed, they won’t tolerate mistreatment.

You never know what Scorpio is thinking. They operate under a veil of mystery, and you are not always able to notice the intensity of their strength.

They are self-sufficient, and they are not used to asking anybody for help. They made it on their own in the past, and they will do the same in the future.

They like to keep their business private. They don’t like people who poke their noses in their personal matters.

They open up and let people in only when it feels right for them to do so.

When it comes to the strength of zodiac signs, Leo is the ruler. They draw their strength from their confidence.

There is nothing more powerful than believing in yourself and your own capacities.

They will go after what they want. They will chase their goals, and they won’t allow anyone to stand in their way.

Leos can get very defensive. When they feel threatened or attacked, they will fight back.

They won’t hesitate a moment before they stand up for themselves.