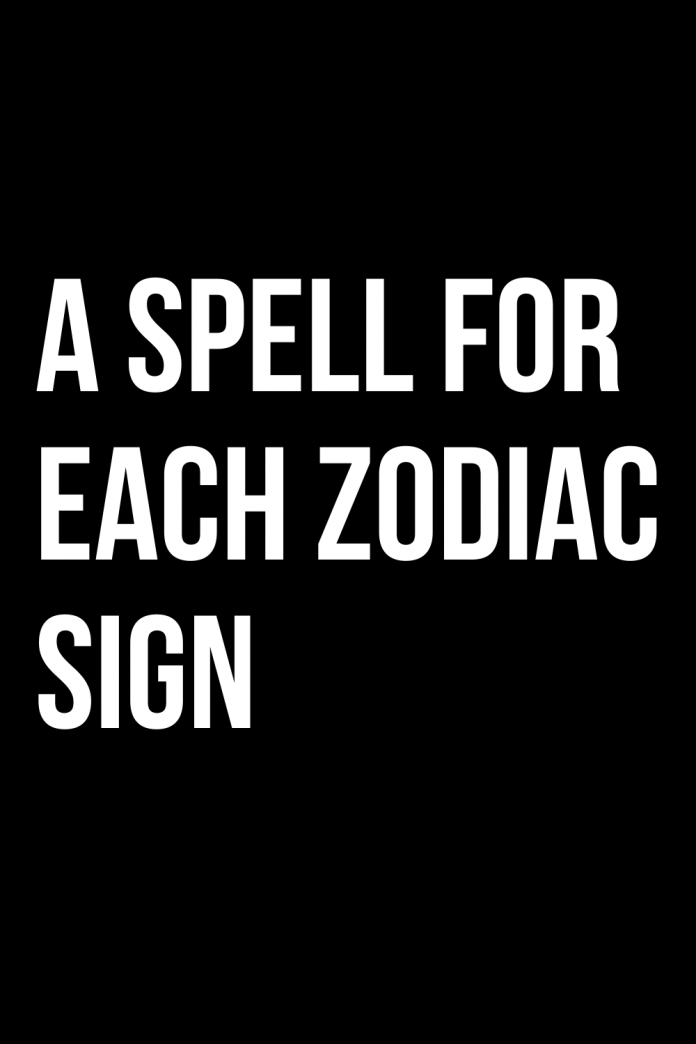 Find out what could be the most suitable spell for each zodiac sign.

Very often we talk about magic and how it would be nice to have magical powers to use to your advantage, perhaps to get something good and able to make everyday life more pleasant and easier to live. In this regard, there are desires that people have that are often influenced by the stars. Generally, these are simple desires, which do not upset the days but which would be nice to be able to fulfill with a stroke of the magic wand. Wanting to play a little today, after having seen which are the zodiac signs with bad timing in love and which is the most suitable summer dietary dish for each sign of the zodiac, we will find out which spell would be useful to the various zodiac signs.

Aries – the superpower
A power that would be very useful for those born under the sign of Aries is that energy bar that is often seen in video games and that once charged allows the characters to use the maximum power, often useful to defeat an enemy or to get out of trouble. For Aries, obtaining this extra power would be such a special thing that, being able to have only one spell to practice multiple times, they would choose this. Thus, winning against hypothetical challengers and always giving the best of oneself would be extremely easier, making their life more livable.

Taurus – A spell that allows him to move things
The natives of Taurus are known for their lazy disposition which, often and willingly, leads them to wish only to be able to relax on a comfortable sofa. In those cases, but also for other issues, the ability to move things would come in handy. Turning the light on and off, opening the fridge and attracting what comes in handy, and not having to get up even when they forget to take the remote control are just some of the things they could do without lifting a finger and that would make them feel like royalty. . For everything else they know they can count on their willpower. But how cool is it to be able to solve the smallest things with a flick of the magic wand?

Gemini – The enchantment to create diversions
Those born under the sign of Gemini love to dream big and when it comes to spells, an appropriate one for them would be to be able to change events, eliminating at once only the monotony from their days. Lovers of everything that can entertain them, only dream of being able to exploit their imagination for the sole purpose of giving life to some of their thoughts. Which, if it were possible, would see them at the forefront of others as well. Always ready to shuffle the cards of existence to recreate alternative realities, in which you can move around feeling perfectly at ease.

Cancer – A spell that gets them what they want
More than a single spell, the natives of Cancer need a lamp like Aladdin’s with more than three wishes at their disposal. Indeed, they need to know that they can get everything they want by simply snapping their fingers. Being of a capricious nature, they find themselves having desires of all kinds, so much so that they are unable to decide which ones to give priority to. For this reason, the ability to get what they want leads them to ask for more and more. A problem that probably not even magic could solve.

Leo – the power to change the appearance
Those born under the sign of Leo care so much about their appearance that they are made for only one type of spell, the one that allows them to change appearance. Being able to wear a new dress and a trendy hairstyle with a single stroke of the wand, make their life easier, even saving them precious time. And only they know how having extra time to devote to what they love is extra magic. And then, how could they not appreciate the opportunity to always look flawless and perfect?

Virgo – The spell that allows you to tidy everything up in an instant
Virgo natives are so tidy that they wouldn’t need extra help if they wanted to. Yet a spell capable of making them happy would be precisely that of being able to rearrange everything with a single glance. In this way, they could fix not only what concerns them but also the surrounding environment, often made chaotic by those around them. Theirs would be shared and sometimes even imposed magic since, taken by their desire for order, they would end up acting without first asking the opinion of others. Fortunately, few would complain about such aid, right?

Libra – An enchantment that makes everything more beautiful
If they could count on a single power, those born under the sign of Virgo would certainly aspire to one who can transform everything to make it appear more beautiful. For them, the aesthetics of the world around them is very important and for this reason, they often find themselves dreaming of changing things with a stroke of magic. A wish that would then be fulfilled, making them happy and benefiting the world around them. Because if there is one thing about which there is no doubt it is that the natives of the sign are endowed with good taste to sell.

Scorpio – The Spell of Time Travel
If there is one thing that sets the natives of Scorpio apart, it is the desire to make everything go smoothly. More precise than they want to show, they are always looking for a way to make things right and this often leads them to struggle about the impossibility of changing things, perhaps going back to a moment before they became complicated. And then, being able to travel in time would give them away to know the future and meet loved ones in the past. A whole series of possibilities that they could manage very well but which, unfortunately, are destined to remain a dream.

Sagittarius – An enchantment that allows him to teleport
Another sign with important ambitions is that of Sagittarius who sees people always eager to make the world go around according to their tastes. An ad hoc spell for the natives of the sign could therefore be that of teleportation. In this way, they could always be everywhere, travel without having to wait for the right time, and above all be where they prefer most without giving excessive explanations. It would undoubtedly be the most suitable type of magic for them but at the same time one capable of making them lose sight of important aspects of their life. The risk? That of just traveling and not worrying about anything else anymore.

Capricorn – The spell to slow downtime
Those born under the sign of Capricorn often complain that they don’t have enough time to do their own thing. Always busy, they do nothing but fill their free hours with new tasks, creating a vicious circle from which they struggle to get out. For this reason, the most suitable spell for them is the one that can slow downtime, thus allowing them to complete everything they deem important and to do it within the day. Magic that would help them not a little but that perhaps they would exploit so much that they would end up getting more tired than they should.

Aquarius – The spell of silence
As expected from those born under the sign of Aquarius, for them magic capable of improving their days is that of silence. Being able to isolate themselves when they want it most with a single stroke of the wand would make them feel constantly in control of their life, making them even more sociable and smiling. After all, they would know they can throw themselves into relationships with others, and all thanks to the ability to pull out of it when they want it most thanks to their magic. Too bad that in reality, things are a lot more complicated.

Pisces – The spell of happiness
The natives of Pisces have always cared about those around them and dream of a better world, made up of happy and smiling people. For this reason, being able to have magical power, the spell they would surely use would be to be able to give happiness, not only to themselves but also to those around them. For them, it would be a precious asset that they would try to share with as many people as possible and that would certainly make them happier just for being able to use it.