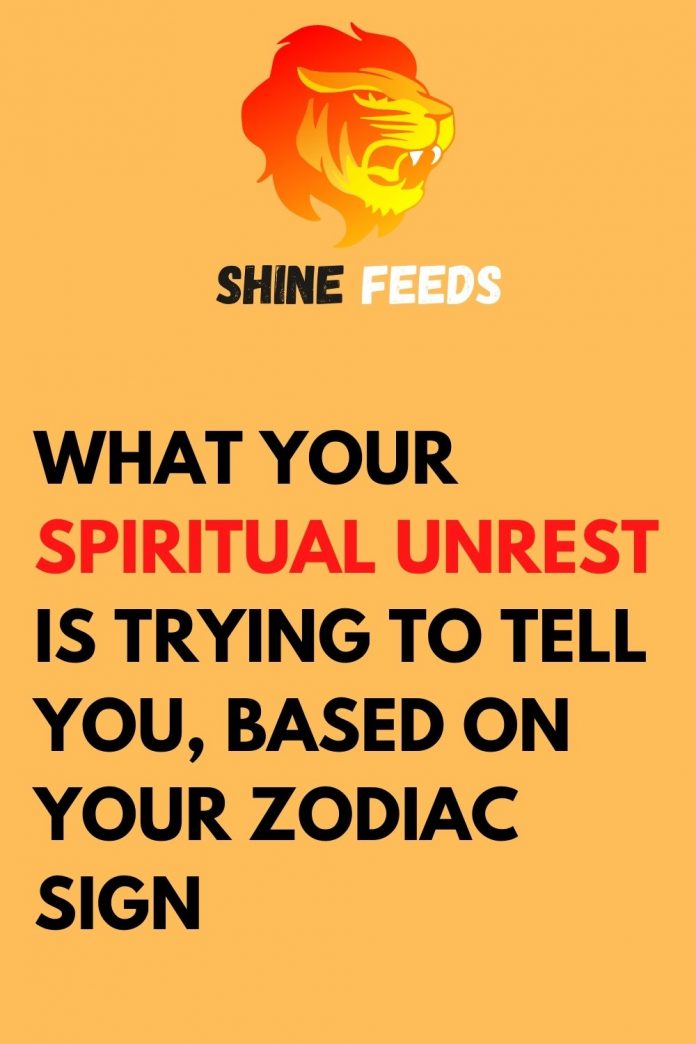 You have spent too much time encaged by your comfort zone. You have to break through the bars. Say yes to spontaneity. Take a risk. Embark on an adventure. You cannot keep wasting away your days inside the same four bedroom walls or you will never shake this restless feeling.

You have been running toward the wrong destination. You have been blindly following a path you set for yourself long ago — but people change, paths change, aspirations change. You need to reevaluate what brings you happiness and inner peace. You are allowed to reroute at any time. Now might be the time.

You have been swallowing your discontent for an unhealthy amount of time. You have been turning a blind eye to the toxicity in your world in order to make it through your days — but life should be about existing, not about enduring. You have to face conflict eventually. You have to rid yourself of the toxins at some point.

You are assigning too much value to the wrong aspects of your universe. Maybe you are placing romantic love on a pedestal. Maybe you are consumed by material items. Either way, you are looking in the wrong corners for fulfillment. What you are really seeking are meaningful connections, a purpose, a reason to wake up with excitement again.

You have lost your connection with the natural world. You have become overly dependent on technology. You cannot recall the last time you read a book beneath natural sunlight or walked the block without a destination in mind. Your unrest is begging you to put your phone down, to take a vacation, to climb outside of your social media cocoon.

You have fallen into a rut, a routine, a predictable pattern. You are suffocating from boredom because every day holds the same experiences as the one before and the one to come. You have gotten snagged in a cycle, a loop, a skipping record. You have to change your routine to change your life.

You are relying on outsiders to grant you happiness, peace, and spiritual fulfillment. When they become busy with their own lives and are unable to give you the attention you crave, you wilt and wither. In order to stop feeling so restless, you have to depend more upon yourself than others. You have to formulate your own happiness.

You have unconsciously chosen to settle. You have fumbled and dropped your bar too low. You have gotten comfortable in a situation and are mistaking that comfort for happiness. Your unrest is a reminder you deserve better. Better things are not going to get handed to you. You have to fight for them. You have to make yourself a little bit uncomfortable to reach them.

You have arrived at a crossroads. You are someone with a strong sense of purpose, which is why the sudden confusion about where you should head next is jarring. You have never been this lost before. Even though the helplessness is frightening, you have to embrace the unknown. You have to become comfortable with the idea of moving forward, even though you are unsure where you will land.

You are suffering from the illusion of social media success. You are fooled into thinking everyone is doing better than you, everyone is doing more than you, when you are right on track. The internet amplifies the good and the bad. It never speaks of the mediocre. Everyone flaunting their careers and engagement rings also have average days — so you should not feel bad about your own.

Find Out The Potential Soulmate Based on Your Zodiac Sign

The Flirting Style Of The Individual Zodiac Signs