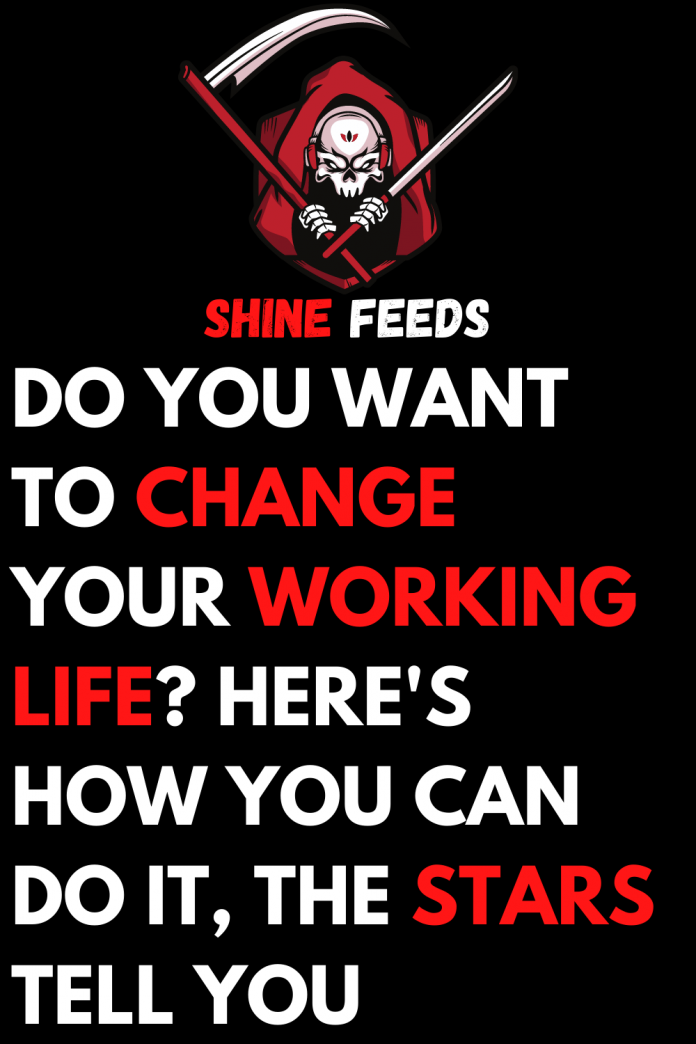 Are you enterprising at work? This is the answer of the stars based on your zodiac sign.

Each of us is endowed with multiple aspects that vary according to the situations with which we are confronted from time to time. Some are shy among strangers but know how to assert themselves on a stage, those who appear all in one piece at work but melt like snow in the sun with the people they love, and those who tend to be multifaceted in an unpredictable way. Among the many aspects not always imaginable is resourcefulness.

Once again, this can manifest itself in some circumstances and vanish in others and all this depends on the character, life experiences but also the zodiac sign. For this reason, after having seen which are the zodiac signs that can be trusted, today we will find out which ones are enterprising at work and why.

The zodiac signs enterprising at work

Aries – Those who are to show off
Those born under the zodiac sign of Aries love to be talked about and enjoy surprising everyone. In fact, doing so makes them feel special. For this reason at work, they tend to be resourceful and always show ready to come up with innovative ideas. The truth is that their only interest is to show off and, in some cases, to work less or better. In any case, when they commit themselves, they are very good at showing themselves as extremely resourceful.

Taurus – Those not very enterprising
The natives of the astrological sign of Taurus love the simple things. When it comes to working they prefer to do as little as they can and for this reason, they tend more to complete the tasks that are due to them than to create new ones. Only if challenged openly can they decide to temporarily change course. And the interesting side is that when they want they can show themselves more enterprising than one would say. Provided, however, that it really interests them.

Gemini – The decidedly enterprising ones Those
born under the zodiac sign of Gemini is a hotbed of ideas and desire to be absolutely enterprising in every field. Obviously, among the many, there is also work. Always ready to invent new ways to carry out their tasks, they know how to develop brilliant ideas and projects able to surprise everyone. These are people who above all else always try to have fun and stimulate themselves. And, in doing so, they end up acting as a stimulus to those around them as well.

Cancer – Those not very enterprising
The natives of the astrological sign of Cancer do not usually focus particularly on work. When they can, they prefer to limit themselves to doing the bare minimum and avoid making decisions. They love to delegate to others and, at the most, make themselves strong with their ideas. And this is not because they don’t have much to give but because of a kind of lack of confidence in their own abilities. For this reason, they are never considered as possible promoters of new ideas.

Leo – The very enterprising ones Those
born under the zodiac sign of Leo are among the most enterprising signs of all and this obviously also applies to work. When they can stand out they are more than happy to do so and this is even more true if they believe they have a margin of success. Always on the piece they know how to come forward and always manage to get noticed. Sure, sometimes they are a little too stressed but they would never change their way of being.

Virgo – The half-
hearted ones The natives of the Virgo zodiac sign are enterprising enough. However, they have the prerogative of never going to the end. Often, therefore, they come forward without insisting as much as they should. And this is a real shame because with a little exuberance they could get much more results and get noticed by others, also becoming excellent leaders. All aspects require some work on their part to be able to materialize.

Libra – The enterprising when needed
At work, as well as in everyday life, those born under the zodiac sign of Libra love to lead a life that is as peaceful and peaceful as possible. This translates into a good ability to get noticed and make great improvements to everything they do. At the same time, however, this same ability tends to come out only when it is really needed. If not stimulated or pushed by circumstances, the natives of the sign prefer to remain in their comfort zone.

Scorpio – Those who are in the presence of the right stimuli
The natives of the zodiac sign are people who know how to be extremely resourceful. To give their best, however, they need the right stimuli. At work, therefore, they tend to bring something new. But only if they are in an environment suitable for them and if they know they are being taken into due consideration. Otherwise, they prefer to avoid exposing themselves and doing theirs, focusing on areas where they feel they are considered as they deserve.

Sagittarius – Those not so enterprising
As strange as it may seem, those born under the zodiac sign of Sagittarius are not as enterprising as they seem. In other words, they show themselves as such but when it comes to moving on to facts they always change a little. Thus, it often happens that they end up avoiding certain situations. When they apply, however, they are really able to bring novelties and to enter ever new contexts and can open new doors on sectors yet to be explored.

Capricorn – The enterprising ones
The natives of the astrological sign of Capricorn are among the enterprising signs and obviously, this is also reflected in the workplace. Sometimes, however, they tend to step out of their way without thinking carefully about the consequences. For this reason, they often need someone to support them and give them the right advice. If they do not let themselves be carried away by the enthusiasm of the moment, however, they can give a lot and even manage to get noticed.

Aquarius – Those not enterprising
Those born under the zodiac sign of Aquarius are not enterprising at all and do not even try to be. At work, they do what they need and try to relax the rest of the time. In fact, these are people who prefer to live for the day and without doing who knows what projects. This is also reflected in the everyday life that they like to spend most simply and naturally possible.

Pisces – The enterprising ones when they have fun
The natives of the zodiac sign of Pisces are people who when they live something in full enthusiasm. If they find themselves doing a job that they like and that repays them with the right satisfactions, they are therefore much more than enterprising. On the contrary, if they are not having fun, they tend to do the bare minimum. It must be said, however, that by nature they are unable to stay long in sectors that turn them off. This is why they almost always find themselves doing what they love or transforming things to make them suitable for themselves. And all thanks to their ability to be resourceful when needed.