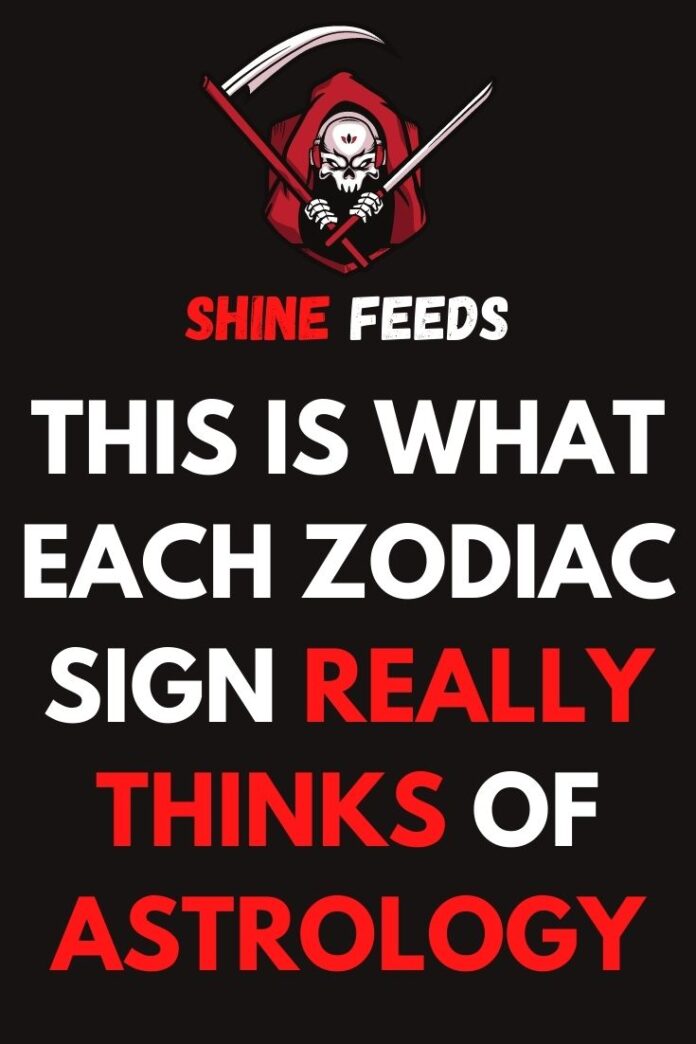 Aries: Doesn’t know anything about astrology but believes in it because they’re so curious and love finding out new interesting things about themselves.

Taurus: Probably is creeped out by astrology, but still loves it because they love fantasizing. But what they don’t know is that astrology is not mystical or whatever, it’s science. But don’t tell them this because they’ll hate you.

Gemini: “I love astrology omg but I feel like all Geminis are stereotyped and everyone judges us ewww we’re not evil we’re just misunderstood and that hurts my emotions :(((((((((” *stops talking to you after two days, confirming the typical Gemini stereotypes*

Cancer: …Probably obsessed with astrology as well as everything else in their life. Does astrology fan-art and has probably written a book about astrology. “ASTROLOGY IS EVERYTHINGGGG OMGGG BUT WE’RE NOT CRYBABIES BITCH I CAN SNAP YOUR NECK IN A HEARTBEAT IF YOU CROSS ME :3 i wuvv anime as wellllll.”

Libra: Beliefs in astrology, reads their daily horoscopes, thinks that most characteristics are true but they don’t take it seriously, they take it as a hobby and is chill when other people are bulls**tting astrology, as long as they don’t bulls**t the Libra’s points of view on astrology.

Sagittarius: “I can’t believe that I’m so fast when I do stuff like… I’m also really successful and I get ANYTHING that I want. I’m also the most beautiful one so back off bitches. I guess it’s because I’m a Sagittarius?? Sagittariuses ALWAYS achieve their goals” Actually doesn’t believe in astrology, believes only in their sign somehow.

Capricorn: “I guess it’s fun.” Does not believe in astrology at all tbh, they just like listening to what people say about astrology…enjoys secretly judging everyone about their beliefs afterward.

Aquarius: Couldn’t care less about astrology but will let you interpret their natal chart and talk about astrology for hours or even days because they love learning new and weird things. Might start believing in astrology after spending some time with a person who believes in it.

Pisces: Actually probably talks TO the zodiac signs themselves in their sleep lmao. These people are so…otherworldly, mysterious, and ethereal and you should believe all the weird sh*t they tell ya bc there’s a 110% chance it’s true.