Aries, being the youngest sign of the zodiac, tends to be impulsive and lets their passion rule their decision making. If they decide on you for friendship or any other commitment, they are hoping that it will be worth their while. If you don’t live up to that expectation of passion and excitement, they will try to find the nearest escape.

Tauruses have high expectations because they seek stability and consistency. They will even be possessive and manipulative in their attempts to maintain those elements. If you show them any sense of inconsistency, they will see that as a threat and become disappointed.

On the other end of the spectrum is Gemini. While Geminis never stick around long enough to truly face disappointment, they can be as disappointed as Aries to see the confinements of consistency on the horizon. If they were promised stimulation and were not given it, but instead were given consistency and stability, they will be quick to find the real thing.

Cancer loves love and is always on the hunt for the real thing. They seek it out and embrace whatever looks like it with open arms. Once something that once looked like true love reveals itself to be false, Cancer will be sorely disappointed and become disillusioned.

Leo thrives on attention, whether they realize it or not. It can be hard for them to rebuff adoration, and when they receive it, they want more and more of it. They are so competitive about adoration that they will always seek to work hard to stay on top. However, if the adoration that they were once receiving wanes or gets passed on to some other object, they will be disappointed.

It may be difficult to identify what doesn’t disappoint Virgo. It’s important to know that Virgos are very critical and particular about their work and their image. Incompetence and work-related failures severely disappoint Virgos. They are often most critical of themselves, so if they fail at a particular achievement or goal, they will be disappointed with themselves.

Libras hold the symbol of the scales, and they seek balance, fairness, and equality. Because of this, they are always in a ruminative state over the decisions that make. They want to make the right decision; however, they have trouble identifying the most balanced one. The idea of making an unequal and wrong decision heavily weighs upon them. Choosing the wrong decision after such weighing can be a disappointment to them.

Scorpios are highly intelligent and can sense danger a mile away. They want to make sure that they aren’t double-crossed or misled. Due to this, they tend to desire to control situations and dominate relationships in order to avoid any unforeseen circumstances. What can disappoint them severely is a lack of control, particularly in their own lives.

Sagittarius is ruled by the planet Jupiter, known as the fastest spinning planet in our solar system. Sagittarius represents the sign of movement, travel, philosophy, and adventure. Sagittarius thrives on new adventures and experiences. When they do not have the opportunity to learn, grow, and expand their horizons, they can become disappointed.

The sign of Capricorn is represented by the sea goat, a force so ambitious that it has to occupy both land and sea. Capricorns greatly prioritize success. They will strive to go above and beyond just to reach that. They do not necessarily need accolades for their success, just the awareness that they have achieved it. Capricorn is highly disappointed when their efforts do not lead to the success that they were looking for. Capricorns are very realistic and believe that hard work and dedication will result in success; however, when that does not happen, they become severely disappointed and often question their worth.

This water bearing sign simply desires for humanity to be nurtured. Humanitarianism is a high priority for the Aquarius. Unfair treatment, racism, bigotry, cruelty, and abuse are things that go against what Aquarius’s believe and stand for. They will fight for their belief of equal and fair treatment. What disappoints them is going against the overall good of humanity.

Pisces is a kind and selfless sign, but also a highly sensitive one. They strive to always be seen in the best light. They will avoid danger and situations that result in cruelty as much as possible, even if that means manipulating situations to come out as the victim rather than the aggressor. Harshness, meanness, and cruelty severely disappoint this zodiac sign. All they want to do is to be able to is live their creative lives in peace. 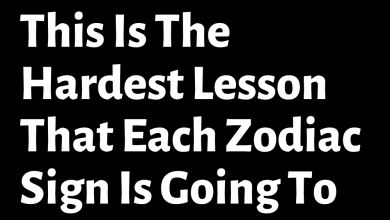 HOROSCOPE: HOW DO YOU LIVE THE DEFEAT? FIND OUT FROM YOUR ZODIAC SIGN