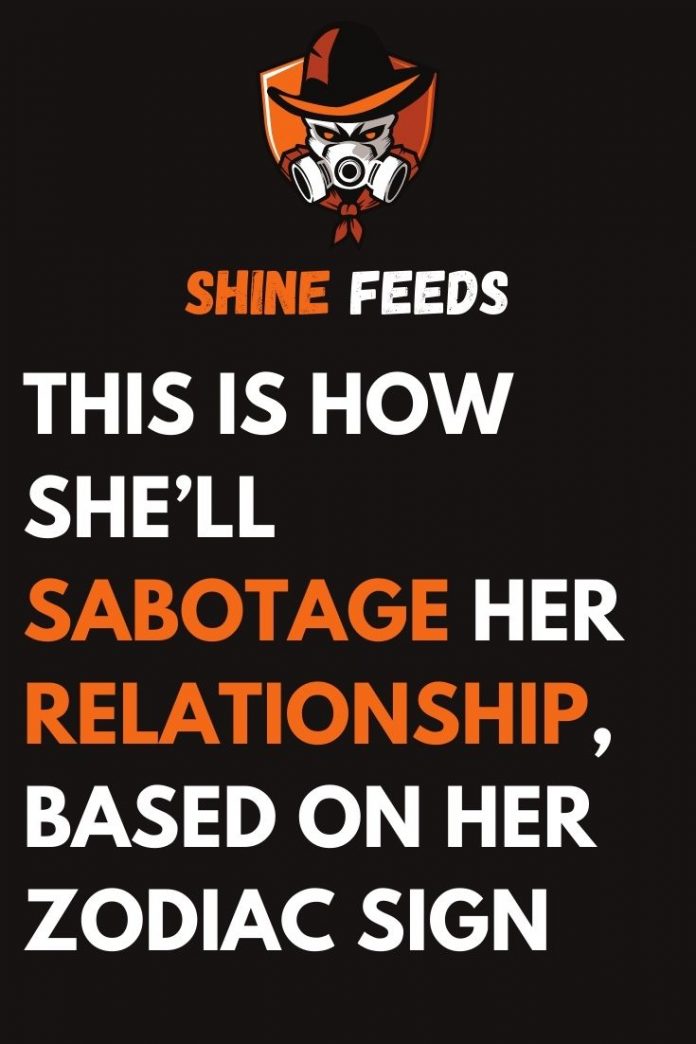 As an Aries woman, there is just no getting around the fact that she is very opinionated and she really stands strong on her convictions. She also tends to be very close-minded and intolerant of other peoples’ perspectives. That’s why it is highly likely that she destroys her relationships by refusing to make compromises or refusing to adapt. She rarely ever finds herself on common ground with anyone else.

She’s going to tend to be very closed off because that’s just a natural aspect of a Taurus woman’s personality. She isn’t going to want to open herself up too much and that can prove to be very difficult for people who are impatient. It really takes a long time for her to get comfortable with a person and a lot of men just aren’t going to be willing to wait for her.

She loves herself a little too much. You can always bet that a Gemini will never come short in terms of self-confidence. Some might even go as far as to say that Gemini women are natural narcissists. They always try to make it about themselves. They love the spotlight and they don’t like to share it much. That means they have selfish tendencies due to their constant self-absorption.

In contrast with a Gemini woman, a Cancer is always going to be very generous and thoughtful. This is the kind of girl who will always put the needs of the people she loves above her own. Unfortunately, her generosity and thoughtfulness are also what are going to destroy her relationship. She is going to end up neglecting herself too much to the point where it becomes toxic and destructive.

She has unreasonably high expectations and that’s what’s going to do her relationships in. You have to understand that a Leo woman is very proud and she always believes that she deserves nothing short of the ideal. She always thinks that she deserves all the best things in life and sometimes, she just plains expects too much from people. She will end up getting disappointed a little too easily.

A Virgo woman is really smart. She has a lot of things in life all figured out but sometimes, it can be bad for her. She will have a tendency to want to improve other people even when it’s not her place to do so. She will have no problem overstepping her boundaries. Her intentions are always pure but she tends to rub people the wrong way a lot of the time.

A Libra girl is always known to be guilty of severe overthinking. She is going to put a lot of meaning into things that are completely meaningless. She has a tendency to blow things out of proportion and this can be annoying to a lot of her boyfriends.

Sagittarius women are just plain hopeless romantics. They fall in love way too hard and way too quickly. Sometimes, the amount of love that they shower on other people can be very intimidating. It can be extremely suffocating. She also tends to invest too much of herself in relationships. At the end of the day, her personal happiness is dependent on the relationship and that’s unhealthy.

Capricorn women just hate stepping outside of the comfort zone. She refuses to take risks but everyone knows that risks are necessary when it comes to finding success in love. She is always reluctant to put herself out there and as a result, she will end up boxing herself in.

An Aquarius woman is not a skilled communicator and that’s just a plain fact. She is going to tend to withdraw into her own hole when she gets uncomfortable. She isn’t one who voices out her opinions or feelings much. She likes to keep them bottled inside and as a result, people never really know what’s going on in her mind. Men particularly don’t like to play the guessing game.

The one thing that you have to know about a Pisces woman getting into a relationship is that she will fantasize a lot. She really buys into the whole concept of happy endings, and as a result, she leaves herself susceptible to the harsh challenges that reality may bring.