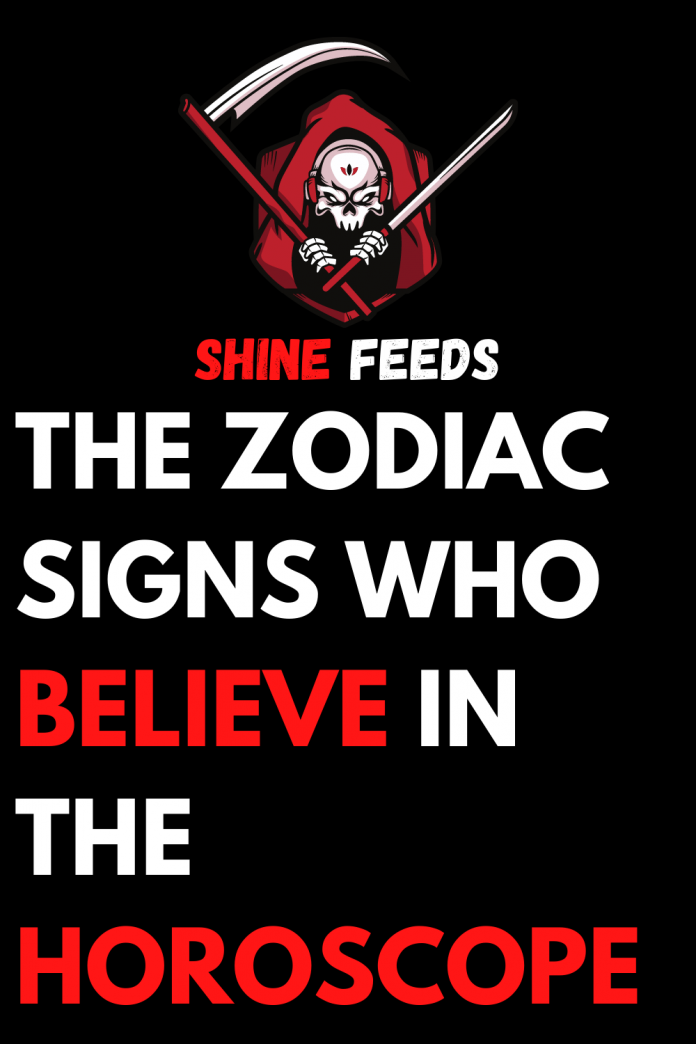 Let’s find out which are the signs of the zodiac who believe most in the horoscope and why.

We always talk about stars, astrology, and the characteristics of the zodiac signs. But have you ever stopped to ask yourself what are the signs that most believe in the horoscope? There are actually several ways to rely on the stars. Some consult only on the characteristics of the signs, those who approach the daily horoscope out of curiosity, and those who, instead, firmly believe in it to the point of risking being conditioned.

As we all know, the horoscope should be seen as a tool to get to know each other better and a way to approach the possible course of a day lightly. Yet, each of us within us has a different and completely personal way of approaching him. Today, we will therefore try to understand which are the zodiac signs that believe in the horoscope.

The signs of the zodiac who believe in the horoscope

Aries – Those Who Enjoy Believing It
Those born under the zodiac sign of Aries are people who love to take life head-on. Impulsive like few others, they delight in following the horoscope to find interesting ideas and joyful details with which to brighten the days. They, therefore, tend to believe in it as long as it is positive. Otherwise, they depart without the slightest problem, returning to their commitments and life as usual. All with the knowledge that the next day they will have a new horoscope to consult.

Taurus – Those who consult the sentimental sphere
The natives of the astrological sign of Taurus are people who like to believe in something that is not necessarily pragmatic. So, when they can, they enjoy consulting the horoscope for what concerns love. In this way, they can allow themselves to hope for something beautiful and able to make them feel more alive and charged than ever. Obviously, it is something they do with a certain lightness even if, from time to time, they can even follow its advice.

Gemini – Those who trust the characteristics
Those born under the zodiac sign of Gemini are rational people and always try to follow a certain logic. This leads them not to believe too much in the horoscope, especially because they prefer to feel a sense of mystery towards the future. However, they tend to trust everything related to the characteristics of the zodiac signs. And it is not uncommon that when they meet someone they find themselves considering him based on this way of being.

Cancer – Those Who Believe It Firmly
Natives of the astrological sign of Cancer love to believe in anything that cannot be explained. The horoscope is one of the many things they need and delight in following with some interest. Interest that sometimes risks becoming too much since in the presence of particularly positive or negative news they end up being influenced. Romantic as they are, they also tend to rely heavily on the feelings part.

Leo – Those who do not trust much
Those born under the zodiac sign of Leo love to be the only architects of their own life. This pushes them not to trust the horoscope, especially because they know they cannot control it. When it comes to their future, they prefer to act and wait for results. Every so often, however, they enjoy reading and characteristics of the various signs, making comparisons with those they know. Something that is just plain fun.

Virgo – Those who don’t believe it at all
Natives of the zodiac sign Virgo are too rational to rely on the horoscope. For them, all sorts of predictions have no reason to exist and they can even get nervous in front of those who, unlike them, show their belief. Every so often, however, they too get caught up in curiosity and in front of a particularly positive horoscope, they might even decide to believe it. Which they obviously will never admit to anyone.

Libra – Those who entertain themselves by reading it
Those born under the sign of Libra find themselves in a sort of middle ground that leads them not to firmly believe in the horoscope but not even to mistreat it. For them, what matters is to be able to use it to pass the time and therefore as a mere source of entertainment. They are therefore used to fully enjoy the horoscope when it is positive, avoiding dwelling on it when it is less so. A way of doing that makes them feel good about themselves and at the same time brightens their days.

Scorpio – Those who don’t rely on them much
The natives of Scorpio are famous for being psychics and fascinated by mystery. And yet, when it comes to horoscopes, they don’t seem attracted at all. This depends on the fact that they prefer to think that they are the only architects of their life and that they cannot contemplate that in a given moment something can happen for all those born under a particular zodiac sign. On the other hand, however, they tend to believe in the characteristics of the signs.

Sagittarius – Those who do not believe it but read it
Those born under the sign of Sagittarius do not like to be influenced. So they will always say they don’t believe in things like the horoscope. On the other hand, however, it is easy to find them intent on reading the daily one. Which they do both for themselves and for the people they know. A very special modus operandi that the natives of the sign put into action hoping not to be discovered. Even if they deny it, then it is very likely that they are actually more than interested in the horoscope.

Capricorn – Those who do not care much
The natives of the astrological sign of Capricorn do not usually rely on the horoscope. First of all, because they would not have the time but above all because they cannot believe it completely. Nevertheless, they love to read it to comment on it, and in doing so, from time to time, they end up being influenced both positively and negatively. Their way of managing it is therefore very particular and often difficult to decipher. Especially because they don’t like to get to the heart of the topic.

Aquarius – Those who do not read it
Those born under the astrological sign of Aquarius are among the signs that tend to care less than the horoscope. For them, it is in fact a mere waste of time. The only time they can decide to read it is linked to a moment of boredom or something to do to have fun while they are in company. Basically, however, they never manage to believe it, not even when they find themselves in what is written there.

Pisces – Those Who Believe It Enough
Natives of the zodiac sign of Pisces have a particular outlook on life. And it also includes everything related to the horoscope. In fact, he likes both reading it and hoping that what is positive can come true. On the contrary, they try to make negative responses constructive, making an effort to change things. All for a constructive but never destabilizing approach. Given the choice, however, they prefer to rely on the characteristics of the signs rather than the responses of individual days.