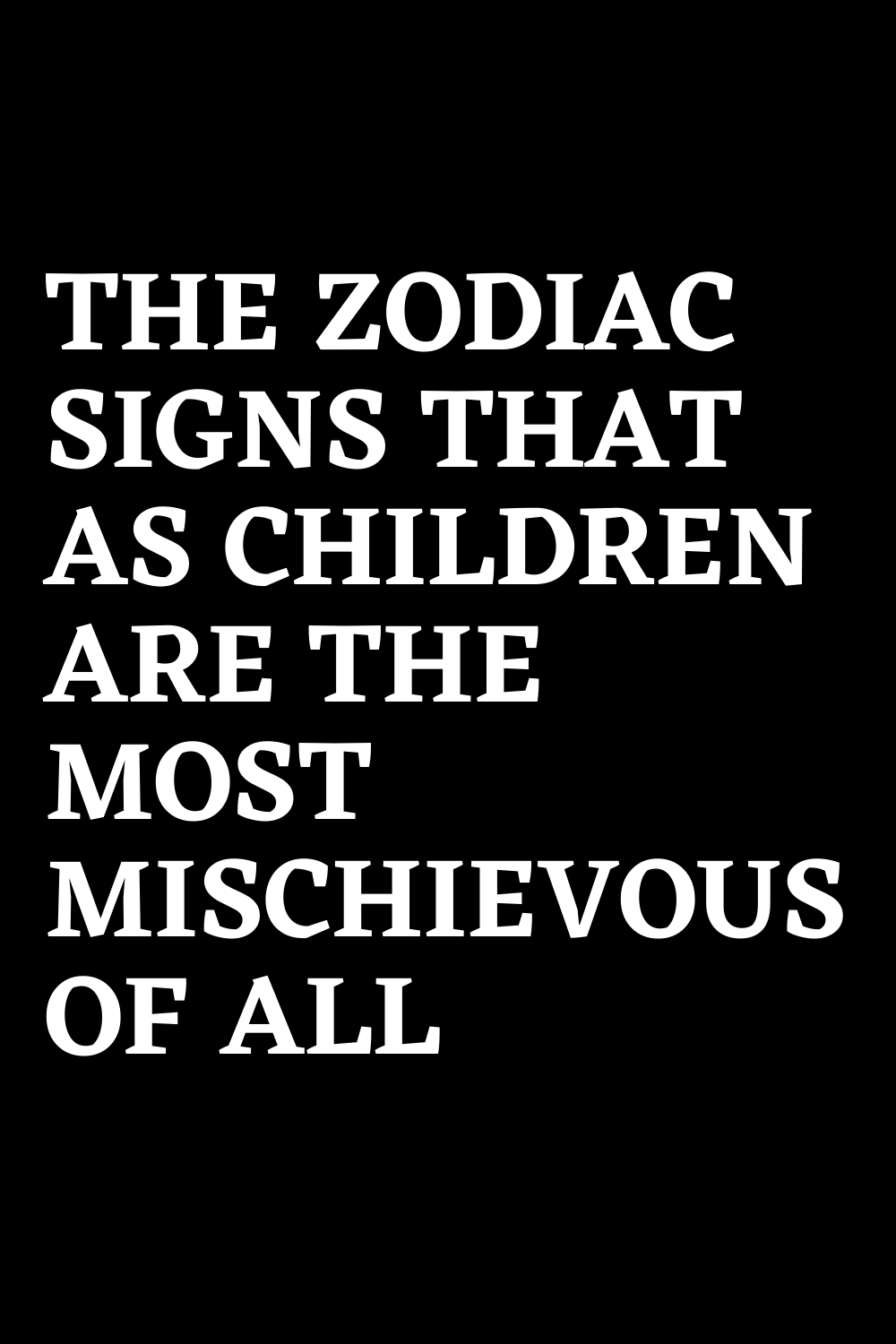 The stars reveal to us which are the zodiac signs of the most mischievous and terrible children of the zodiac. Are you among them?

These 5 zodiac signs give or have given their parents a hard time. By their nature they are more prone to having difficult behavior, they are hot-headed, they are disobedient, rebellious, and spiteful, they listen only for their benefit.

What are the most mischievous children in the zodiac? Children with this zodiac sign are real earthquakes. Their parents don’t know how to handle them and punishment after punishment feels exhausted. Eventually, they will grow up well and will be exemplary adults.

Which Zodiac Children Have Bad Behavior?

Some children are little angels, good as bread, obedient, and quiet. Children like adults are not all the same. Although their personality will depend on their childhood experiences especially, their date of birth also influences their way of being. Some children are more inclined to be disobedient and to be naughty, they are part of the ranking of zodiac signs that have a strong personality. To assert their dominance they will experience a series of actions that they know are strictly forbidden such as drawing on walls or not obeying orders. Because of their impulsiveness, they will often throw a tantrum.

Here is the ranking of the most terrible children according to their sign:

First, in the ranking we find the sign of Leo. as a child he will have a hard time accepting to share his things and obeying orders because he is lazy and wants to be the center of attention. This sign does not like imposed rules. By a very stubborn nature, raising a Leo is no easy feat.

The sign of cancer is intuitive and hypersensitive. This is why he tends to have a lot of tantrums during childhood that result in violent anger. His mood is fluctuating, moody. To this is added his introspection and his constant refusals that put a strain on the patience of his parents.

The native of Aries is hyperactive and impulsive so he often tends to mess without thinking as a child. He also tends to be restless, jumping on beds incessantly, or running around the house. Very lively, she will also tend to quarrel with classmates. Parents will have to find ways to channel all of their overflowing energy.

Gemini is a curious child who loves to experiment. He will mess up and always know how to be forgiven thanks to his charm. Gemini knows how to make their parents melt and how to show themselves as the sweetest child in the world. If caught red-handed, he will find many excuses not to admit his faults. He is also a very moody child, his worst flaw is that he constantly wants to play.

The Taurus is a stubborn child with a strong character. Often he refuses to do what his parents ask him to do, eat, do his homework, brush his teeth. He also shows himself to be a very jealous and quarrelsome child. Another flaw is his laziness. Parents will have a hard time getting him to obey orders and socializing with other children.