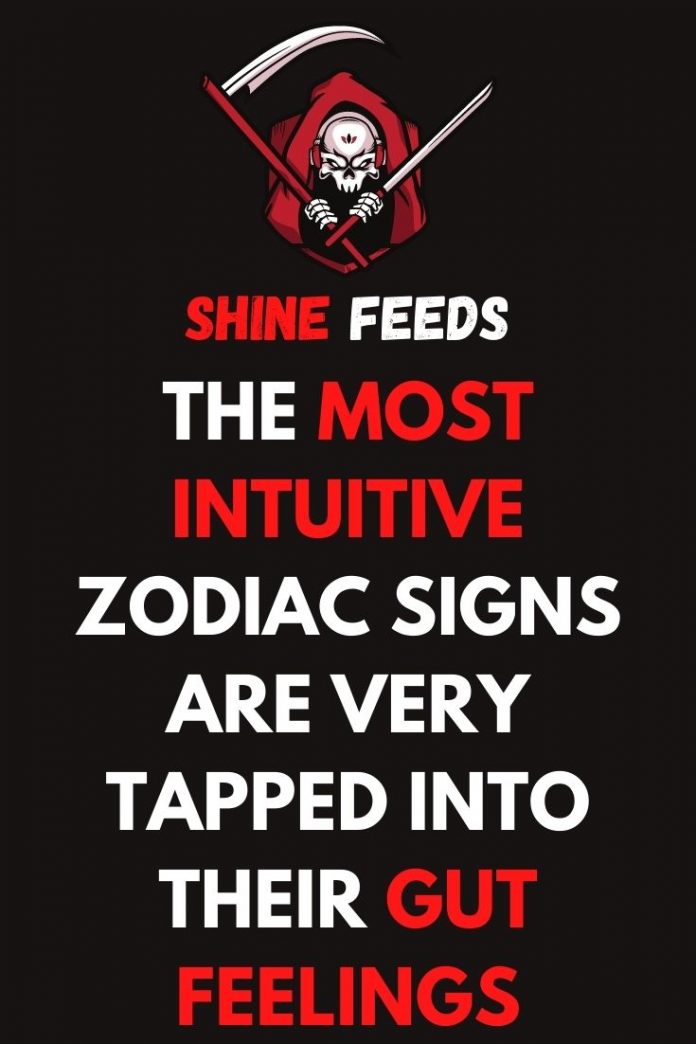 Intuition is also an important astrological concept. “According to astrology, intuition is an inherent part of all of us, but some signs have better intuition than others, and each sign has different intuitive gifts,”.

Here are the four zodiac signs that are the most intuitive.

Cancers can feel incredibly deeply. Although they might not always know what to do, they can sense when things are off.

“Ruled by the Moon, they are not only tuned-in to change, as the phases of the moon also affect them, but they are tuned-in with timing too,” “[…] Sometimes they can’t identify what the problem is, but they know that something is different.” Being around a Cancer when you’re down may help you feel the support you need, even without having to expressly say what’s wrong.

Being symbolized by the scorpion and ruled by the planet Pluto, (Hades, lord of the underworld in Greek mythology), means that Scorpio has a “nocturnal” sensibility — they can see through the dark when others can’t.

“They are aware of the dangers of darkness and things that go ‘bump’ in the night, thus, they have an ability to scan their surrounds while remaining undetected,” “This takes a mighty amount of patience, but thank goodness Scorpios are also fixed signs, which helps them with that.” Scorpio’s intuition means they can scan a situation and figure out what the meaning is before others can.

Aquarius’ intuition, astrologically speaking, runs just as deep as the Water signs. Ruled by Uranus, the God of the “heavens,” and the planet beyond the visible spectrum from earth, Aquarius has a far-reaching perspective.”
Aquarians have their heads firmly planted in tomorrow,”
“With a head start being able to see past the horizon, they relay their insight in a way that is very futuristic. They are the true visionaries of the zodiac.” Despite being an Air sign, Aquarius takes its place alongside the others as truly intuitive.

As the last sign of the zodiac, Pisces comes with existing memory and experience of the previous 11 signs. This naturally makes them quite intuitive.

“When the world seems in chaos, a Pisces is the sign that will often be calm because it knows from collective memory how things will work out,”
“Ruled by Neptune, the God of the Seas, there’s a mystical and dreamy quality about them that allows them to be tapped into the ethers even though they are immersed in water. Their type of intuition is a combination of internal knowing, collective experience, wisdom, and random flashes of insight.” Pisces is perhaps the wisest of the intuitive signs.
Any zodiac sign can be intuitive in some ways, and each element has its own form of intuition. Still, the Water signs and Aquarius tap into a level of understanding beyond what the others do. Their perspectives add another layer of insight.