Find out which are the luckiest months, depending on your zodiac sign!

Aries, one of your best friends in the zodiac is Aquarius. And this year, Jupiter and Saturn spend most of their time in Aquarius, inspiring you to move on to the new. You will feel the call to reinvent and improvise, especially in your professional life. Some personal or professional injuries will heal and you dare to take new steps. But don’t be too impulsive or impatient, ask your friends for advice before you act. September and October are especially good months for your love life, while February and July can bring you career success.

With Uranus in your sign, you are looking for freedom and a spirit of novelty. Although change is not always to your liking, you learn to embrace the new. This could be a year of career development, especially in January and May. You may be tested and asked to come up with something else. Doesn’t get stuck in old patterns. Romantic, August and September are good months.

This year will be vital for you. Jupiter and Saturn spend most of the year in Aquarius and will ignite and deepen your desire to communicate and relate. This is a year when you will be heard. Professionally, you are offered chances in February and March. From a sentimental point of view, 2022 can be quite interesting. Pay special attention in January and October, be careful not to waste your energy, but to focus on what you want and go for it.

You may start the year shy, but by March everything will be back to normal. This is a year to deepen your understanding of yourself, so study, reflect, judge and explore. While you tend to take things quite personally, you may find yourself thinking about your life a little more objectively and being more able to solve problems and detach yourself. Something new appears in the professional environment in March and April. From a sentimental point of view, October and November are particularly busy months.

This is a great year for you. Jupiter and Saturn are in Aquarius for most of the year, and this is the opposite sign. It will be a year that requires socializing, teamwork and gathering allies to grow together. Join teams or groups dedicated to improving our world. Professionally, May and June could be interesting. Relationships are accentuated in January and February, it could be a year in which you make big relationship commitments.

In 2022, you will spend more time trying to improve your overall health and well-being. If you want to take on a new hobby, here’s one that fits your zodiac sign perfectly. Try to give up perfectionism, it happens all too often. Jupiter and Saturn will stimulate your intelligence and discernment. Professionally, 2022 can bring changes and improvements, especially in February and May. From a romantic point of view, July and August are exciting.

Your social life comes to life this year. With Jupiter and Saturn in Aquarius, you will want to meet new people, have exciting conversations, and deepen your relationship. Romantic relationships will stand out, especially in February and April. At work, it’s a year of collaboration and interesting connections. Personally and professionally, 2022 is your year, it’s time to shine.

This year is about home and family for you. Maybe you want to nestle and focus on your chosen family. You may be clearer and more concise about certain relationships in your life, both professionally and personally. Some relationships may be reinvented and others may need to end. From a sentimental point of view, some new and interesting relationships can begin. There’s another great month for that.

With Jupiter and Saturn in Aquarius for most of this year, you will feel freer and more adventurous than ever. This year you will be on the move, you will want to go out, travel and learn something new. You will have a lot more energy than usual. As always, make sure you’re careful what you do. In January and February, your career explodes, and July is an incendiary month in terms of love.

You will pay special attention to money this year. You will think carefully about how you want to invest and use the money you earn. You may even earn more money in 2022. This is also a good year to find your goal. Are you climbing the right mountain? Are you about to achieve what you set out to do? You need to evaluate how you consume your most valuable resources: time and energy. From a sentimental point of view, this could be a year of experimentation and freedom, especially in June and August.

This is your year. Jupiter and Saturn are in your sign for most of the year, bringing luck and commitment. This will be a year in which you will evolve strongly. You love innovation, friendship, freedom, and group creativity and you will have it all this year. In February you will have an extraordinary chance in each of the sectors of your life. Professionally, pay special attention to October. In love, April and July are wonderful.

In mid-2022, Jupiter will move into your zodiac sign. It is a time of great expansion and opportunity. Jupiter helps us all to overcome obstacles or get rid of what is no longer useful in our lives. Your sensitivity and compassion are your greatest strengths and this is a year in which you can fully offer these qualities to others. You may feel called to volunteer or to help your friends when they are going through difficult times. From a professional point of view, this can be a year in which you will make plans or imagine future projects. You may feel very inspired. November is a very rich month in terms of careers. From a sentimental point of view, June and July are juicy. 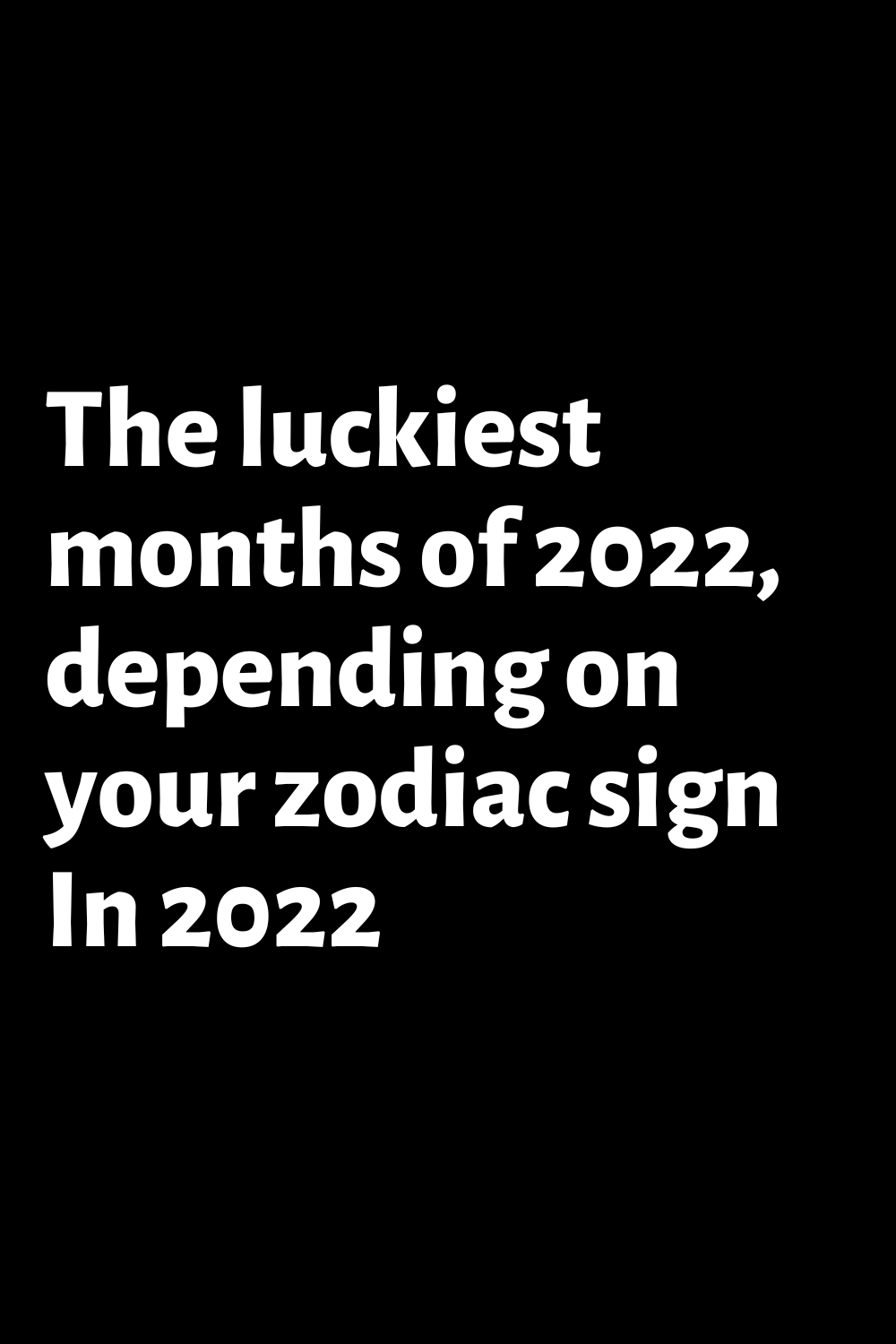 Here’s What Kind of Mom You’ll Be (in One Word) in April 2022, Based on Your Zodiac Sign

Small Details That Make You Special According To Your Sign 2k22