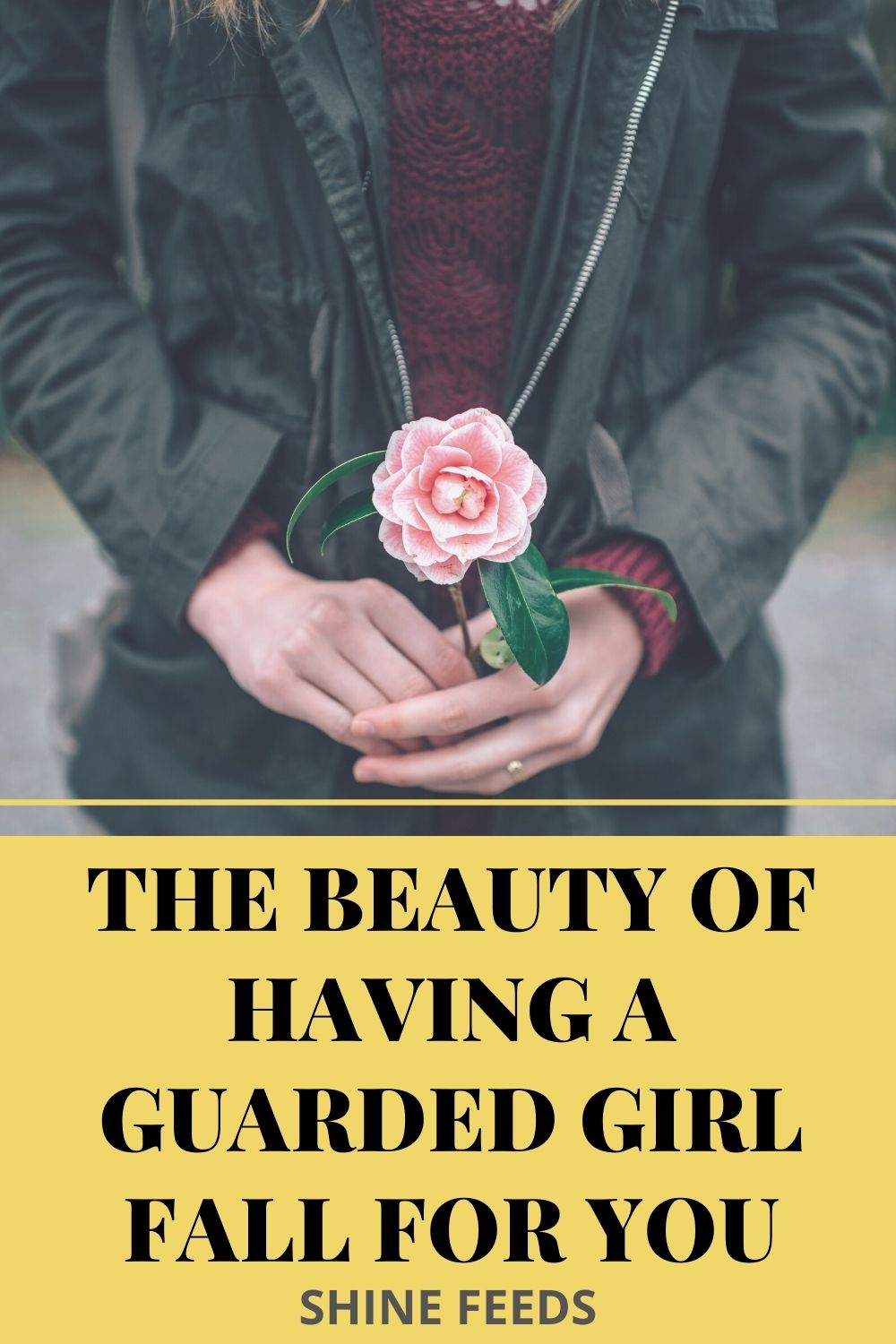 See, the thing with the guarded girl is that to some she might appear insensitive, but what many fail to understand is that she is anything but insensitive.

When someone loves so deeply and immensely as she does, the pain that follows after heartbreak is bigger than it would be in a normal person.

And once she felt so much pain, she swore not to let anyone in ever again. After being broken by someone she loved, everything in her life shifted.

So who could blame her for guarding her heart?

Once someone worthy of her love comes along, she’ll let go. And if you happen to be that someone, you’ll see all the beauty of having a guarded girl fall for you.

It might seem funny at first, but trust this: If her friends hadn’t given you the green light, you wouldn’t have had a chance with her.

They are the people who were there when she was living through hell.

They supported her, they held her hand when she couldn’t stop the tears from rolling down her face and they never for a moment left her alone to deal with her pain. Of course, their opinion matters to her and she knows they only want the best for her.

If you’ve passed that test, know that they’ll be there to help you around her. They’ll ship you two and they’ll help her realize that it’s safe to give you her heart.

Don’t mistake it for manipulation, but after what she’s been through, she might need some guidance after all.

Letting go of the past is something she’s been struggling to do for a long time.

She had her past clinging to her and she was unable to shake it off. But if she decided to try with you, if she decided to let you in, it means she’ll do her best not to look at you through the prism of her last heartbreak.

It means she’s finally ready to let someone step in and she’s ready to try despite the fear that’s hugging her soul.

It means she decided to fight herself and all the promises she gave herself about how she was done with falling in love.

It means you’re one hell of a lucky guy, you know?

It took her a lot of pain to build her walls up so it won’t be so easy to break them down. And it won’t be happening all at once.

She’s probably going to take one brick out at a time because she’ll need to see you’re someone who she can trust before she takes all the walls down.

But even this takes more energy than you can wrap your head around. And she deserves a medal for it.

But just think about it; all this, just for you, will be the most amazing feeling in the world.

Even if it scares the sh*t out of her, she’s ready to show you her soul. This girl was too strong for too long.

She bottled her feelings up, she appeared thick-skinned and she let no one get close to her.

She had a small circle of people whom she trusted, she’d pull away the minute she saw she was getting undesired emotions and she convinced everyone how she had no feelings whatsoever.

And you made her reveal to the whole world that she isn’t truly like that and you reminded everyone else of this other side of her personality.

She is still strong, but she decided to let you see this other side, too. She decided you’re the one in front of her whom she’ll feel comfortable bearing her soul to.

She decided to be human again, to stop bottling up her feelings and just be true to herself. And she hasn’t been that in a long time.

This girl stopped needing people a long time ago. She accepted that she will not get attached anymore in her life and she has managed to do well on her own so far. And then she decided to compromise her happiness for a try-out with you.

She decided to give love another shot and she decided to disregard all the pain she has been through in the past. She decided to trust you and she allowed herself to feel this immense love as she did once already.

If this isn’t one of the most beautiful feelings in the world, I don’t know what is.

Please, don’t prove her wrong. Don’t show her that she should’ve stayed guarded and don’t break her.

Don’t treat her badly once she lets you in. Once she starts falling, be there to catch her.