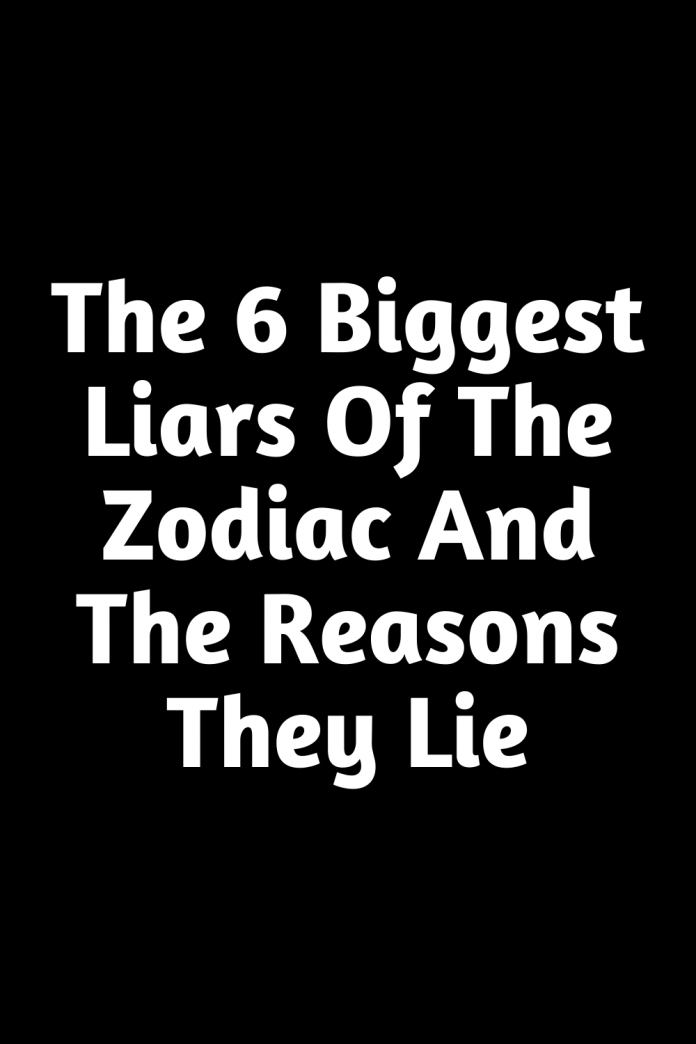 Astrology gives us such fascinating insight into our personalities and doesn’t just reveal the good parts… The star signs are all different; they all have their own strengths and weaknesses, yet some finding lying a lot easier than others. Which zodiac signs find that little white lies roll right of their tongues? Let’s take a look at who has the Pinocchio tendency. Who does liar, liar pants on fire actually describe?

Let’s face it, everyone lies once in a while; even the most honest and upstanding people are guilty of it. Lying is a get out of jail card for many of us. But who is prone to lying? According to studies led by Medical Daily, men lie on average 1.5 times a day whereas women lie 3 times per day. Discover how honest you are in our zodiac sign honesty ranking.

These 6 zodiac signs lie most

From little white lies to big fat lies and everything in between, we all get inventive with the truth at some points. The 6 zodiac signs we’ve listed each lie for different reasons, but that’s not to say they’re bad people. Here’s why they lie and whether or not they are actually good at it.

Gemini is the biggest liar of all

When people think of the Gemini personality, they often associate amazing social and communication skills to this intriguing zodiac sign. Although them seem to totally skim over their lying tendencies. Gemini loves talking and storytelling, but their mouth can get them in trouble if they’re not careful.

Libra is without doubt one of the nicest zodiac signs and hates the thought of hurting people’s feelings. Libra goes to extreme lengths to avoid upsetting other people and isn’t above pretending to like someone’s new jacket. This zodiac sign doesn’t have the heart to spread negative opinions.

The Pisces personality is very complex, but if you retain just one thing about Pisces, it’s that they love their freedom. This hypocritical zodiac sign hates being tied down and won’t hold back on lying to escape commitment. In Pisces’ mind, they lie to salvage other people’s feelings.

Scorpio is a white liar

As one of the most dramatic zodiac signs, Scorpio loves adding a pinch of excitement to everything, even if it means distorting the truth. Scorpio’s need to impress other people and be the center of attention encourages them to tell little white lies.

Cancer is an unintentional liar

The Cancer personality is highly imaginative and creative which is great, although they can at times fabricate information. Cancer feels the need to make themselves sound interesting and can’t resist putting a little fictitious spin on situations. This is a zodiac sign that needs to entertain and impress

Aquarius has an adventurous mind

If you are friends with this zodiac sign, you’ll know that the Aquarius traits include being creative and innovative. When an Aquarius gets bored, they spend their time making up stories and creating a whole different universe. It’s fair to say that this star sign often confuses reality with fantasy.