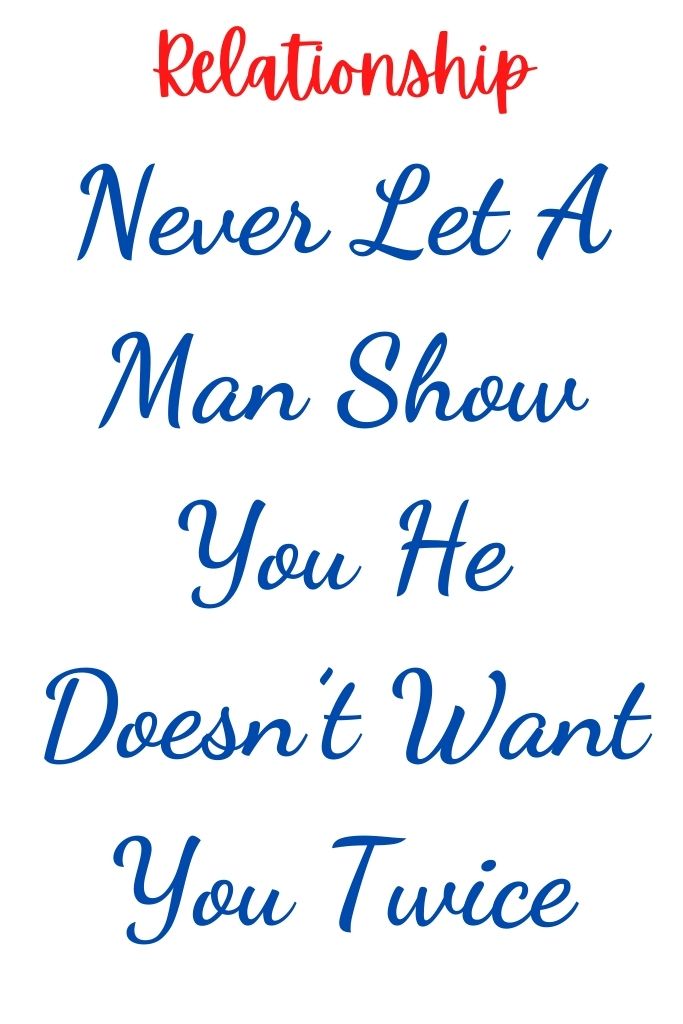 “We’re okay, he just said he needs some time,” I heard my friend saying as I was trying to hide my disbelief. “Oh no, not again,” I thought to myself, “not another player posing like a sensitive guy, who needs time.”

I was clearly irritated and it made me think.

This might sound like a rant, but we need to make something clear. I know that not every woman wants to hear this, but the truth must be told:

If a man says he “needs some time” or “needs a break” or “not sure about this” and leaves you wondering what that means, only to suddenly pop on your screen in a few weeks time and start it all over again… Please, don’t buy it.

Guys use those excuses to catch up with their other “options” and avoid commitment.

I understand that sometimes it’s hard to accept that our love is unrequited. But that doesn’t mean we should be naive.

It’s okay to feel used, played, betrayed… It’s okay to have a period where you mourn over something that maybe didn’t even happen.

It’s not okay to measure your worth based on the preferences of a person who doesn’t even really know you.

Men are generally straightforward, remember that. When they like something, they will make it clear they do. If he wants to be yours and wants you to be his, he’ll let you know, one way or another.

He will be scared to lose you, so he won’t risk your relationship by sending mixed signals.

He will commit to you. That’s what you need in a man. You need a man who is committed. A man who’s sure about what he wants and shows it openly and clearly.

A man who wants you won’t ghost you, keep you waiting, or put you second because something better has come along.

A man who wants you won’t let you worry and wonder about his intentions. It’s really simple, come to think of it.

Sometimes it’s hard to accept, but if a man doesn’t show enough interest and eagerness, he’s simply not into you in the way you want him to be… And guess what?

That’s not the end of the world. Don’t let the opinion of one man or any man control your life.

Now, to get to the man who is committed, you have to be very clear too. You can’t succumb to the will, promises, and sweet talk of every man who catches your eye. Don’t fall into traps. Always know your worth.

It’s not very hard to figure out why men want a woman for a short period of time and then move on, but I’ll say it once again, just to be sure: It’s not because he wanted you, it’s because he wanted to fill up his spare time with something fun and pleasurable.

That’s why you should never let a man show you he doesn’t want you twice. Don’t let him get that satisfaction. You’re not someone’s hobby. You’re not a pastime or a just pretty face.

You’re not a forced conversation, messages left unseen, or a whole day of waiting for a call.

What you are is a woman worthy of total commitment, worthy of the time of a man who loves and takes care of you.

Never let a man show you he doesn’t want you twice. You most certainly deserve better.