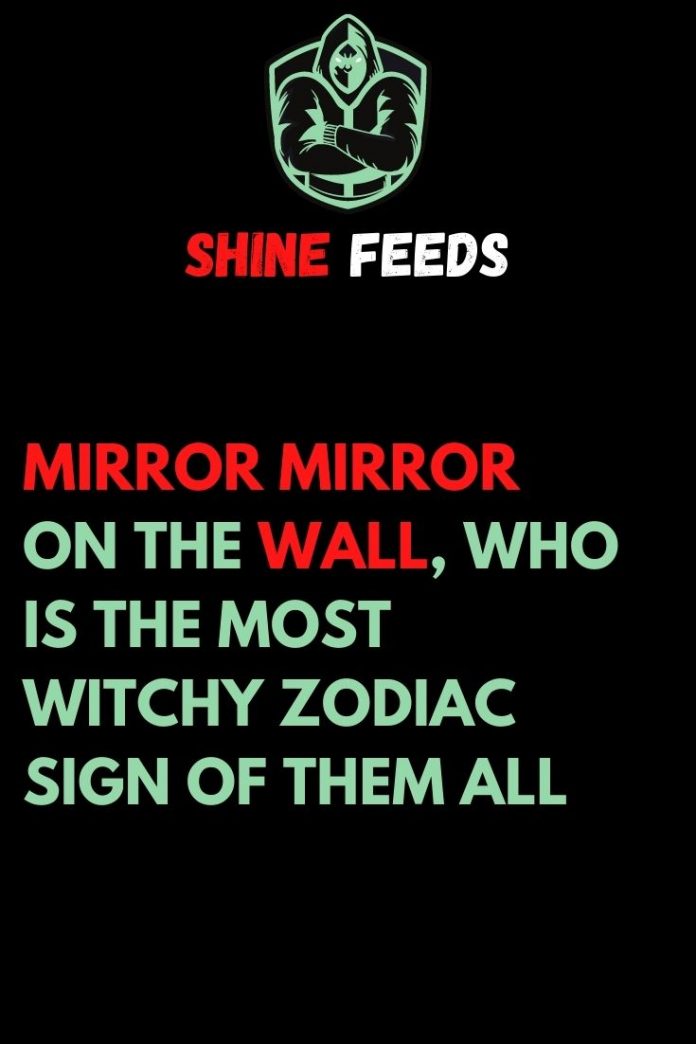 A witch is a person, male or female, who believes in nature, in energy, in timing, in love, and in cosmic balance. A witch is someone who practices their craft, which is generally about intention, concentration, ritual, contemplation, prayer, entreaty and focus.

A witch is a person who intends to manifest and does so, without telling the world she or he is doing so. Real witches don’t boast; they work. Real witches aren’t found in memes; they’re found in their homes, reading books, formulating herbal potions, working with almanacs, crafting according to the laws of nature, beneath the light of the Full Moon.

So, in astrology, who are the witchy zodiac signs among us?

Taureans tend to throw themselves into whatever they love, and should they toss conventional spiritual practice to the wind, they will no doubt land in the world of witchcraft and conjuring. They are also the first to experiment with the dark side.

Naturally attracted to things of a dangerous nature, you’ll find the Taurus witches to be nocturnal, possibly Satanic, and always passionately involved in whatever spell holds their fancy.

Aquarius looks for things to be involved with. Often times those things turn out to be philosophical or spiritual. They are attracted to the road less traveled, and often find themselves on a journey of the spirit. They are open to new things, and start that journey with an investigation of old things as well as new, and that means witchcraft and Paganism.

They may not join up with the flock, but they will practice the craft well for a time. Witchcraft is a comfortable fit for the seeker of practical magic that is Aquarius.

On the dark side of witchcraft, you’ll find Virgo, a sign very used to heavy thought and negative intention. They are less inclined to use spells and time-tested crafting, and are more inclined to threaten with Morticia memes. However, do not doubt these lazy Virgo witches.

What they lack in traditional witch crafting, they make up for giving people the unholy stink eye. Let’s just say, they hate so intensely that they become destructive, and if we get in their way, we will be mowed down by their cruel intentions.

May 16, 2022
The Shine Feeds is your news, entertainment, music fashion website. We provide you with the latest breaking news and videos straight from the entertainment industry. Fashion fades, only style remains the same. Fashion never stops. There are always projects, opportunities. Clothes mean nothing until someone lives in them.
© © Copyright © 2021-shinefeeds.com. All rights reserved