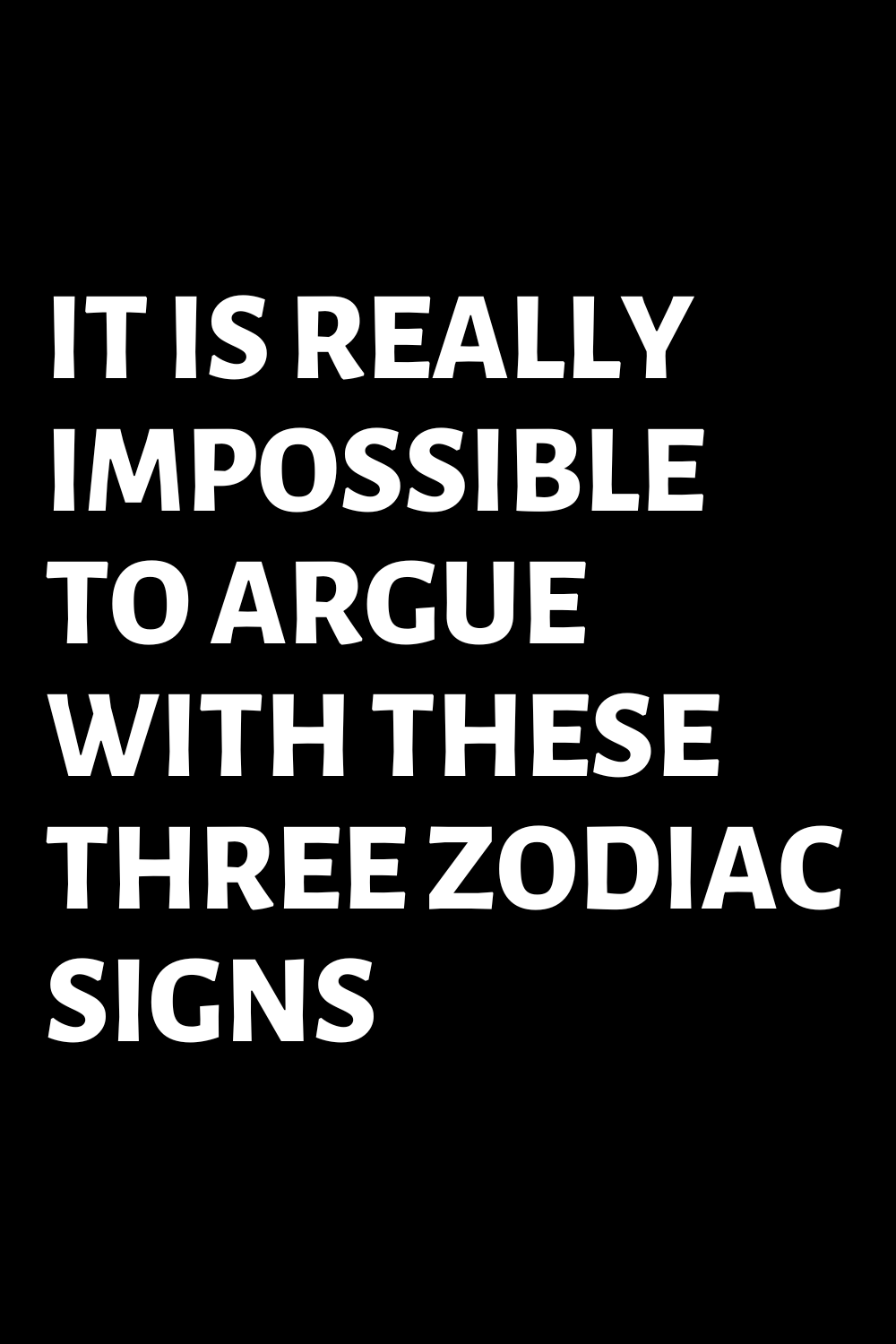 IT IS REALLY IMPOSSIBLE TO ARGUE WITH THESE THREE ZODIAC SIGNS

These three zodiac signs do not like to fight and would like to live in a perfect world. It is (almost) impossible to come up against them

There are people who have no intention of arguing with others. They are usually quiet, calm people who never raise their voices and never use harsh manners. These individuals do not like conflicts because they believe that everything can be resolved, all it takes is a little good will . Obviously, not everyone thinks the same and perhaps these people represent a minority.

Some zodiac signs hate fighting more than others. They are in favor of peace and love and can’t stand their acquaintances arguing with each other. These signs always try to put a good word between the two quarrels , even if sometimes they don’t get the desired result. Here is the ranking of the zodiac signs that do not like to argue , do you think your sign is on the podium?

The zodiac signs that hate arguing: the podium

Cancer : the lowest step of the podium is occupied by the sign of Cancer. Those born under this sign of the zodiac are very generous and take care of others without ever asking for anything in return. This sign always tries to reconcile two people who are arguing but often gets an unexpected result. When this happens, Cancer gets angry and falls into despair. Those born under the sign of Cancer believe that fighting is a big waste of time.

Pisces : in second place in the ranking we find the sign of Pisces. Those who belong to this sign of the zodiac  don’t get along with everyone and try to ignore the people they can’t stand, just to avoid unnecessary discussions. The sign of Pisces has a great sensitivity, does not tolerate conflicts and would like everyone to take a step back to prevent the situation from escalating.

Libra : The first place in this particular ranking goes to the sign of Libra. It is a balanced, mentally stable sign, no one will be surprised by this primacy. The consistency of Libra allows it to act as an arbiter in various disputes, always proving to be quite reliable. This sign never backs down when there is a conflict, peace is one of the issues that is most close to his heart.