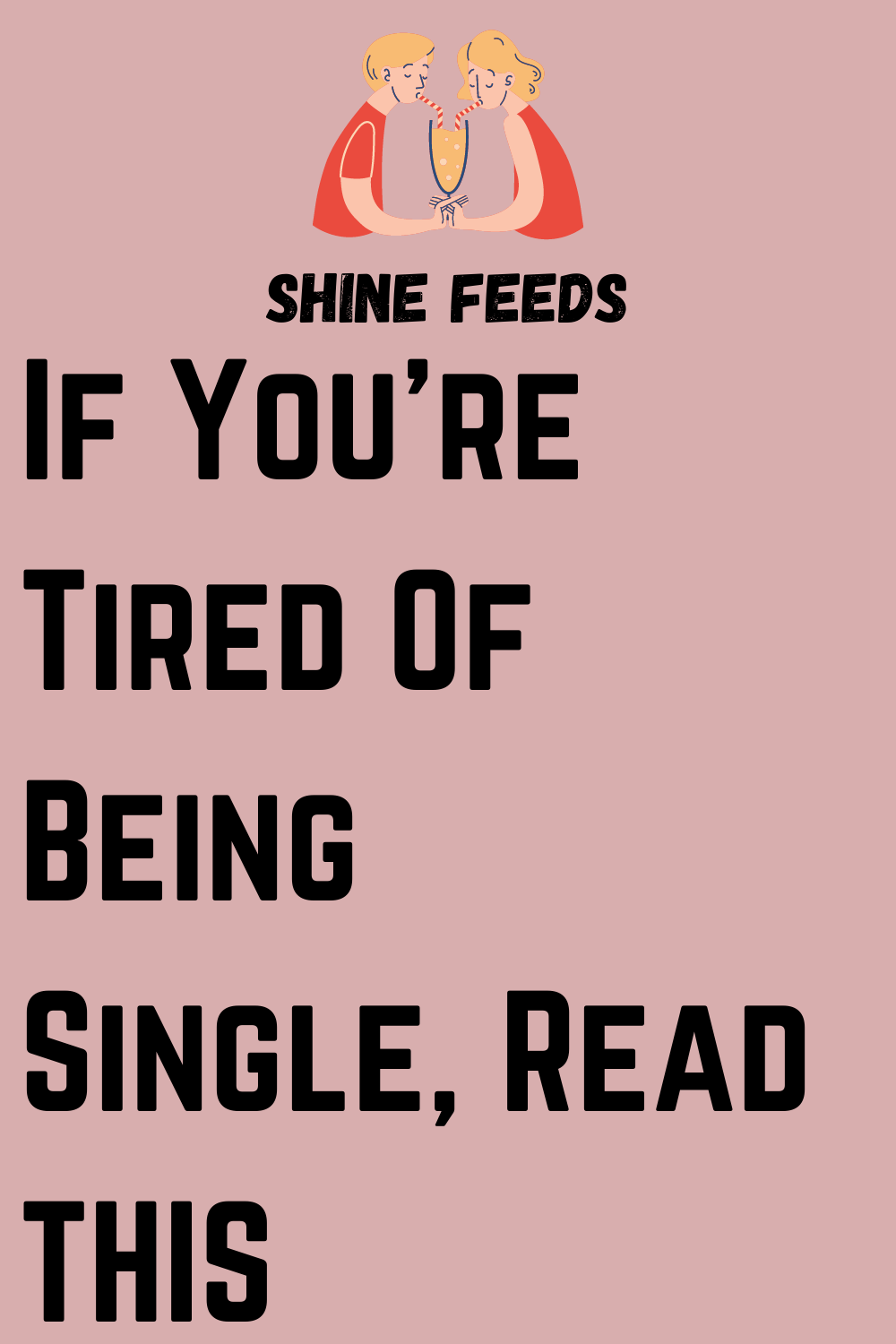 Are you tired of people reminding you of your solo status? Are you sick of all those events and social gatherings where people come with their partners (and you have no one to accompany you)?

Do you feel like you’re going to be single forever?

If someone asked me these questions a year ago, my answer to every single one of them would’ve been, “Yes, yes, and yes.” (Boy, that sounds really desperate.)

When I broke up with my partner and entered ‘the realm of being single,’ I felt isolated, excluded from society (including my friends), and I felt like something was missing in my life.

I hated every single couple around me and all those cheesy things they do. Holding hands? Gross. At the same time, I craved all those things even though I didn’t want to admit it to myself.

The worst part of being single is people constantly asking you questions like: How come you’re so pretty but still single? Why are you so picky? Do you think you’ll be young forever?

Seriously, people? I’m sure that every single one of you (who are tired of being single) agrees with me that the worst part of being single is people making you feel like there’s something wrong with you.

As a matter of fact, you’re not even tired of being single, but you’re tired of people asking you stupid questions and thinking that your solo status is the leading cause of your “unhappiness.”

Just because you’re (still) single doesn’t mean that there’s something wrong with you.

I want you to read this headline ten times if needed until you fully absorb its meaning. All those movies, TV shows, and the media have made us believe that being single is something bad.

All the pretty girls in movies get all the boys (and vice versa). Only those in relationships are presented as being truly happy, whereas single individuals are shown as being desperate.

All these things can make you think that there’s something wrong with you because you’re still single. When you see a couple sharing food, you think to yourself: OMG, that’s so sweet.

When will I be able to do such a thing with my partner? Wait, I’ll probably be single forever.

For a long time, I thought that the only relationship I’d ever have in my life is the one I have with my cat. And then it struck me:

It’s better to be happy with what you have right now than feel miserable about something you don’t.

It took me a while to realize that being single is not a matter of being desperate, but it’s a choice!

I choose to be single because I don’t want to settle for mediocre romances where the pinnacle of sharing affection is posting a picture on social media with some cheesy quote on true love when in real life, you can barely stand each other.

“Sorry, society, but I like my solo status, and I don’t want to get rid of it only to make YOU happy.”

You probably also have your own damn good reasons why you’re still single, and these could be some of them:

• You were heartbroken before

• You need more time to decide to commit to someone again

• You love your independence

• You need time to work on yourself

• You’re not afraid to wait for things you deserve

Anyone can be in a relationship, but a few of us can be really happy in one.

Once you understand the real reason why you’re still single, it will be easier for you to accept and applaud your solo status instead of seeing it as something bad.

Stay single until you find someone who actually gives a damn about you.

My grandma used to tell me: “Dear, remember this very well. It’s better to be single and happy than with the wrong partner. You cannot love others if you don’t love yourself.”

Relationships and true love cannot be forced. No matter how cliché it may sound, the truth is that everything happens for a reason, and you’re right where you’re supposed to be right now.

You’re single at the moment because you’re supposed to be. Perhaps you need some time to work on yourself and increase your self-love.

Perhaps you need more time to heal from your past relationships (even though you think you don’t).

The thing is, to love others, you need to learn to love yourself first. The only way to fall in love with yourself is by embracing being single.

So, stay single until you start loving every single inch of yourself.

Stay single until you start appreciating the freedom you have.

Stay single until you start seeing it as a blessing instead of a curse.

Stay single until you find someone who actually gives a damn about you.

Don’t rush things. Don’t force yourself to meet new people if you’re not ready for it and, most importantly, DON’T worry about what others think!

I always say that people will always talk, say stupid things, and worry more about other people’s lives than their own (well, the majority of them). Guess what? There’s nothing you can do about it.

This is not something you can control, so ignore it. The only person you should listen to is yourself. So, stay single until you meet someone who is right for you.

Every single one of us has our own unique path, and being single is a part of it. So, instead of seeing it as something negative, understand that there’s a reason why you’re still single, and you’ll meet someone when the time comes.

Instead of worrying about being single, EMBRACE it!

I used to think that being single was a curse, but now I can say for sure that it’s the best thing that ever happened to me.

If you don’t believe me, here are some legit reasons why being single is priceless:

• No drama (every relationship eventually gets drama-filled)

• You can truly learn to love yourself

• No pressure about shaving or waxing

• The only person you have to spoil is yourself

• The entire bed is YOURS

• You invest more time in hobbies and building meaningful relationships

I could go on and on with this list, but I’ll stop right here because I don’t want to overdo it. I just want you to see that there are so many reasons why you should embrace your single life instead of seeing it as a curse.

I’m single at the moment, and I can tell you for sure that I’ve never been happier. Yes, it took me a while to get used to it and see it as a blessing, and I’m glad that I did.

One of the most helpful tips to embracing your single life is realizing that what you think you’re missing at the moment is not a romantic relationship but SELF-LOVE.

You’ll miss falling in love with yourself and not someone else. Once you understand that, you will never, ever say to yourself or others that you’re tired of being single.

Saying that basically means you’re tired of being with yourself.

So, instead of worrying about being single, embrace it. Instead of waiting for someone else to love you, choose to fall in love with yourself (first).