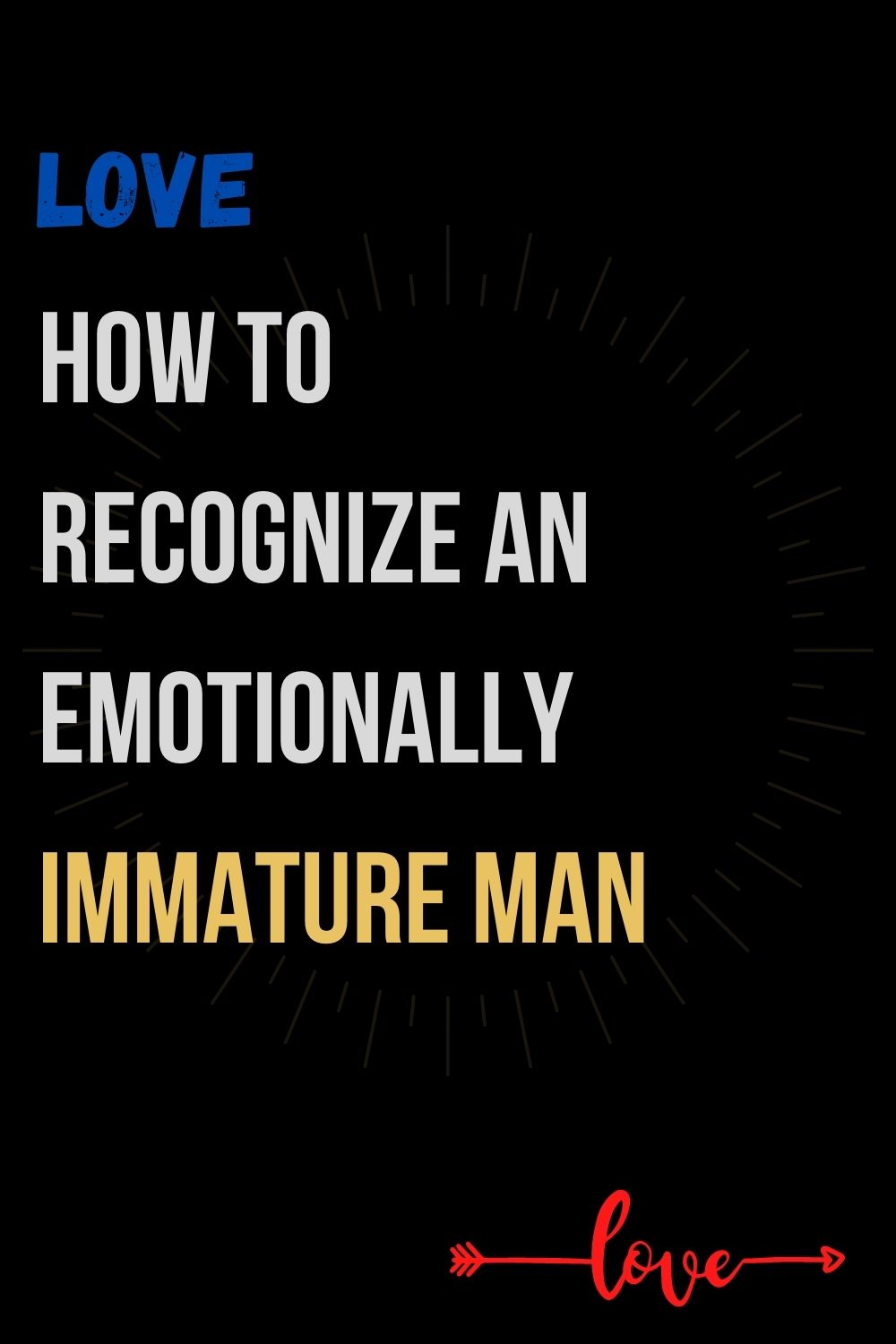 “This is who I am, take it or leave it”.
These are the words only an emotionally immature man would say during a fight with his woman.

Psychologists claim the biggest problem is that everyone is trying to present themselves in the best light at the beginning of a relationship, so it is hard to see his real maturity at that point.

After completing their research on this matter, they made a list of the most common types of emotionally immature men.

His confidence relies very much on his arrogance. He spends too much time in front of the mirror and only cares about his looks.

Underneath that layer lies insecurity and a fear of being with someone who could be more beautiful and successful than him.

He will choose a woman who will give him compliments and feed his ego.

As soon as she stops doing that, he will transfer his insecurities onto her, complain, and destroy her confidence.

His only goal in life is to be successful in his job. Anything other than that is just a waste of time.

Don’t get this wrong—people should be ambitious and go for their dreams, but if that ambition makes you neglect the other important things in life, then you have a problem.

He believes that his career is more important than anyone else’s needs, emotions or dreams.

This type of man needs a woman who will support him in everything he does and who will dedicate her whole life just to him and his career.

The moment she decides to put herself first and, God forbid, ask for support and some affection from him, he’s offended and hurt, because he truly believes that his career comes above everything else.

He is attracted to people who are in bad situations. Helping them out makes him forget his own problems, and he then feels better in his own skin.

He is seeking a woman who will make him feel like she needs him desperately.

He will make her feel good, make sure that he mends every single wound of hers, because he is trying to escape confronting his own problems and wounds.

If he helps someone, he will feel good for a while, but what happens when you don’t need him anymore?

He’s hurt, he’s broken and leaves in even a worse state than he was in before he entered the relationship.

He’s not committed to you, to loving you; he’s committed to helping you in order to run away from his own problems.

He’s not capable of truly loving anyone, because he doesn’t know how to love himself.

He’s not capable of solving problems that may appear in your relationship, because the only thing he has ever known has been running away from them.

Drugs, alcohol, gambling, or food—things he gets dependent on to bring him joy.

All immature men are seeking is a woman who can give him an adrenaline rush.

A married woman, his high school crush, or even his ex can give him that kind of pleasure.

After he has had enough of you, he will move on to his next victim.

His biggest issue is not developing himself, so he will always be dependent on someone and will never stand on his own two feet.

Everyone knows at least one of them. His most important and only true relationship is with his mother.

Whether he loves her or hates her, he will always compare other women in his life with her.

She is always the role-model, and you will never get to her level.

He seeks approval from his mother, and you don’t have that much of a say in the relationship.

The woman he is seeking is either one very similar to his mother or the complete opposite.

Whether it’s with his work or social life, this guy is always unhappy, unsatisfied, and in a deep depression.

He always has the feeling that the world is out to get him, and bad stuff happens only to him.

He’s playing the victim because he needs someone’s constant attention and care.

Finding a woman who will provide him with a shoulder to cry on – or better yet, one who can motivate him and give his life a purpose – is essential for him.

But for that woman, this kind of relationship can be extremely intoxicating.

That woman will give him everything he needs because she loves him. But the more she gives, the more he will take, and at some point, he will just walk out of her life, because he’s better now.

If you recognize one of these types in your man, don’t try to convince yourself that you can change him.

His toxicity will most probably poison you too. Stop wasting your time with him, and find someone who is mature enough to deserve a woman like you.