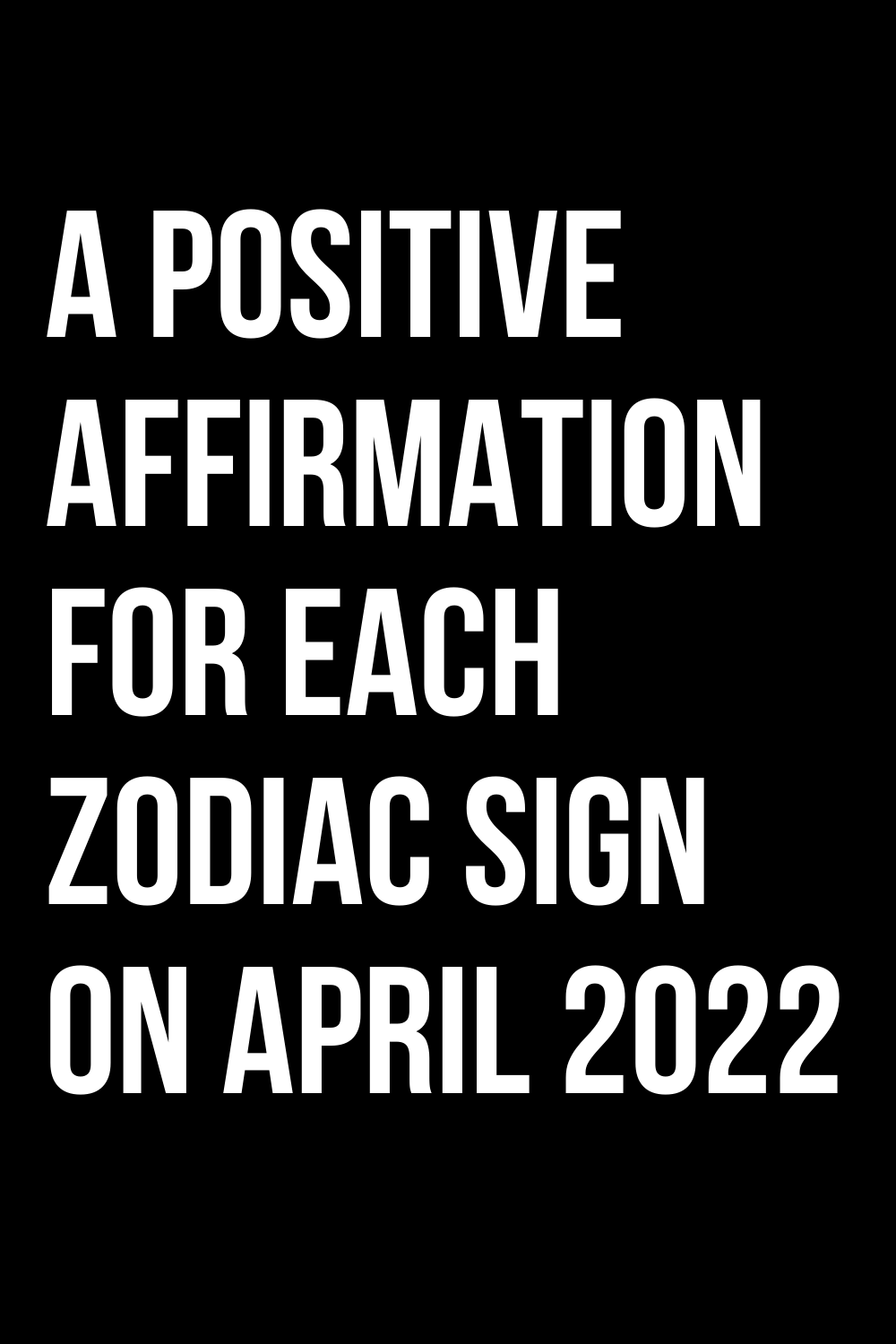 A Positive Affirmation for Each Zodiac Sign on April 2022

“I am getting better. Every single day, I am growing into someone more confident and successful than the day before.”

“I am worthy of everything my heart wants. Even though there are moments where I feel unlovable, I deserve the world.”

“I deserve respect. I deserve affection. I deserve to be treated with the same kindness I keep offering to others.”

“I do not need someone else to bring me happiness. I can discover happiness on my own.”

“I might struggle today, but I will experience happiness again soon.”

“I am not afraid of failure or rejection. I am going to keep moving forward until I reach success.”

“I am better than the little voice in the back of my head has to lead me to believe.”

“I am going to get through this. I have the strength to make it passed these next 24 hours.”