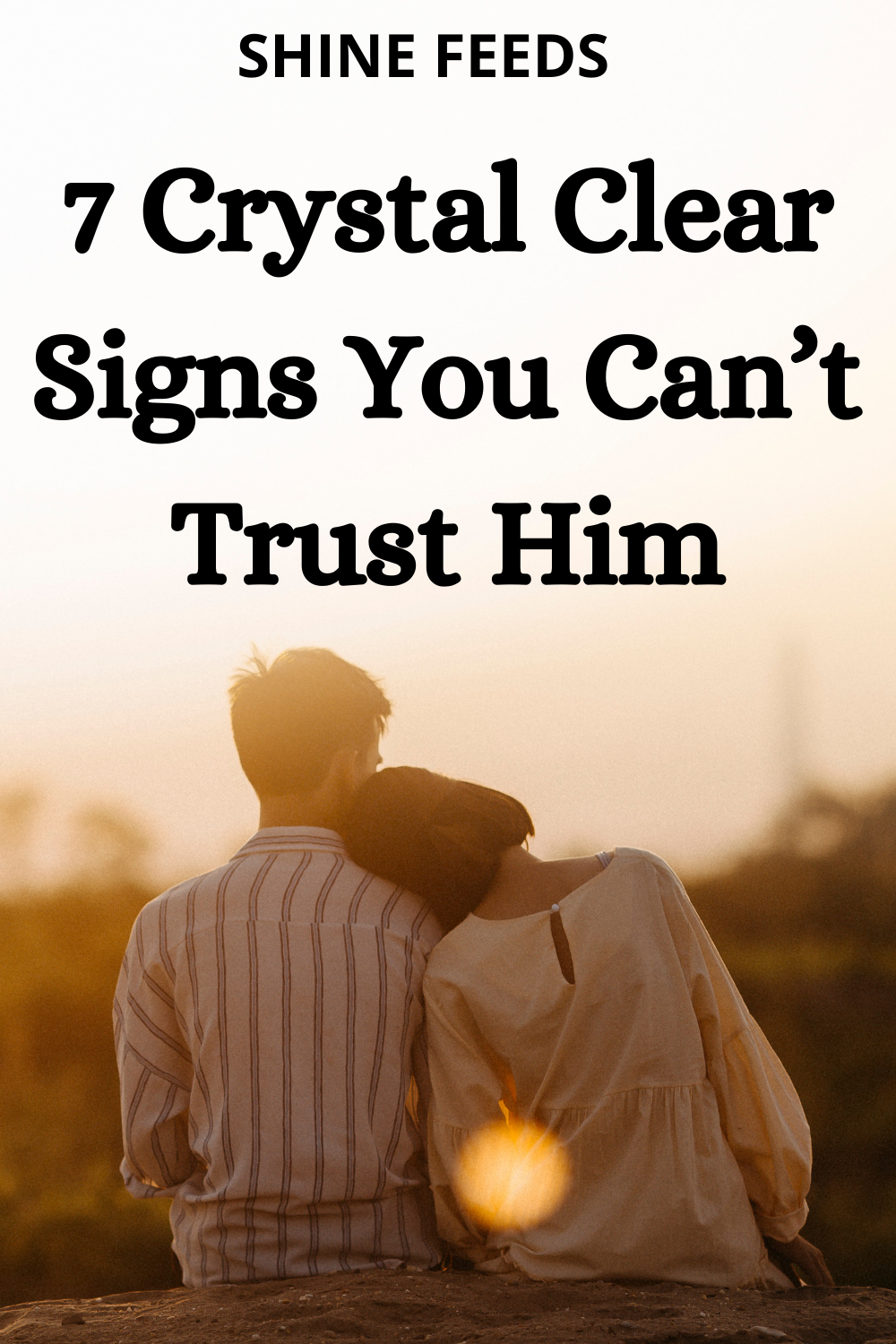 Trust is one of the most important things in any relationship.

If there is no trust, you can’t build anything firm and it is just a matter of time before everything falls apart.

The problem happens when you are so in love that you can’t see whether or not you can trust your partner.

It gets pretty nasty to be with someone who takes advantage of you, but keeps telling you that he loves you more than anything.

And all you do is trust him, not knowing that you are just giving him the chance to hurt you in that way.

If you are not sure your man is someone you can trust, check some of the most common things all guys do that should be red flags.

1. He hides things from you

If your man hides things from you, it is a sign you really can’t trust him.

Any man who loves his partner will never lie to her or hide things from her.

Instead, he will include her in his future plans and ask her about her opinion about the things that are important to him.

If you have a partner like this, who never tells you what he is up to, you should think twice if you want to be with him for the rest of your days.

If he does it at the beginning of your relationship, it will only get worse later.

You need to let him know that you won’t put up with this kind of treatment because that is the only way he will take you seriously.

2. He doesn’t discuss his future plans with you

If a guy you are dating never talks about his future plans with you, it is a serious sign that something is off in your relationship.

A man in love will always talk about his future with his partner, but if your man doesn’t, then you shouldn’t let him get away with it so easily.

If you are not a part of his future plans and if he is mysterious about some things, you should ask him why he is doing that.

If he refuses to give you a straight answer or if he says you don’t have to do anything with it, it is a red flag sign of a disrespect in a relationship.

3. He goes out and never tells you where he has been

It is okay if your guy goes out with his friends, but if he avoids telling you where and whom he was with, you should be worried.

You don’t deserve someone who will leave you for a couple of days and come back home when he wishes.

You definitely shouldn’t tolerate it because it won’t make you feel wanted.

You will feel like a doormat instead, and you will never know if you can trust him completely.

Trust me, living like that for a long-time will just cause stress and that is not what you deserve.

4. He betrayed your trust before

If a guy you are dating has betrayed your trust before, you will never be able to trust him completely.

If he said he was sorry, but keeps doing the same things that hurt you, you should consider leaving him.

By staying with him and putting up with his sh*t, you are just showing him that he can walk all over you.

And that, my dear, is the biggest mistake you can do in a relationship.

You should let him know about your rules and if he is not okay with obeying them, he can hit the road.

5. He does suspicious things

Late night calls, leaving the house at strange hours, and keeping his phone always close are some red flag signs that he is cheating on you and that you shouldn’t trust him.

Every woman will feel uncomfortable with a guy like this and if you feel bad about this whole situation, you should talk to him openly.

Ask him how he would feel if you were doing the same thing to him.

I am sure he won’t know what to say. Let him know that what he is doing is not fair toward you and you won’t put up with behavior like that.

6. He behaves in the same way with other girls as with you

If you see that your man behaves in the same way with other girls as he does with you, it is a huge red flag.

If he continues doing so, you won’t feel special next to him at all.

And if he doesn’t know what he is doing to you, do the exact same thing to him just to see his reaction. He won’t feel good about it, I can guarantee that.

When you give him a taste of his own medicine, he will start behaving differently and he won’t take you for granted anymore.

7. He never opens up to you

The point of a happy relationship is having someone you can always count on.

But if your man never opens up to you and if he keeps secrets, you should be worried because that is not normal behavior.

Ask him why he is dating you if he doesn’t want to open up to you.

Tell him that you don’t feel good because you feel left out from the full story.

It is not fair that his friends know all about him and you, who are his girlfriend, don’t have a clue about him.

If he continues with the same behavioral pattern, there is nothing you can do but leave him.

A man like this is definitely not hubby material and you would never be happy with him.