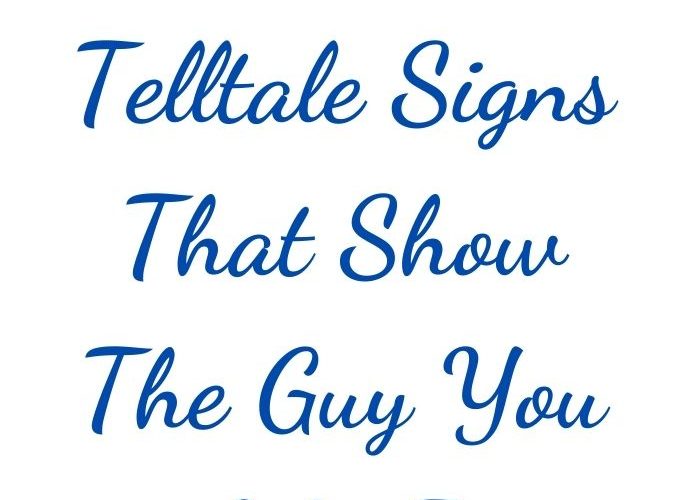 The unfortunate fact is that there are some men who really enjoy leading a double life. It’s just like all that secrecy and mystery get their adrenaline pumping.

Sometimes, they try to justify themselves and say how they love both women equally and don’t have the courage to leave either of them.

No, you can’t love two women equally; at least, not in the same way. If you truly love someone then that person must be the only one for you.

If you’re worried that your man or the man you just started seeing is playing both sides, here are some easy ways you can find out and immediately dump him.

He always hides his phone from you

I’m not saying that you should check his phone and go through his texts immediately but you should definitely pay attention to how he uses it when he’s with you.

If he’s chatting to someone all the time when he is with you and he always puts his phone face down when he’s with you, he’s definitely hiding something.

Maybe you should ask him what the problem is, why you can’t see his phone, or simply ask him to show you to whom he is chatting.

He cancels dates at the last moment too often

When the person we like cancels our date at the last moment even once, it’s definitely something that drives us all crazy.

If your boyfriend does it more often and without proper excuses, you should definitely try to find out what’s so urgent that he has to cancel your dates so frequently.

You have never been in his home

You have invited him to your home a few times by now but he never even talked about where he lives or how nice it would be to have a date at his apartment even once.

Of course, you’re worried that he’s hiding something and you have every right to be.

If his apartment is off-limits to you, then there is probably a reason for that.

If you know where he lives and especially if he lives alone, you could surprise him by showing up unannounced and see what’s happening there.

He doesn’t want to talk about his previous relationships

You already told him everything about your exes but when you try to talk about his past relationships, he immediately changed the topic?

It’s fine if you’ve just started seeing each other but if he doesn’t want to talk about it even after some time, you should confront him about it.

If he says that he had a rough break-up and isn’t quite ready to talk about it, of course, you should respect it.

But you should definitely try to find out something more about his past because maybe the reason why he doesn’t want to talk about his last relationship is that it hasn’t quite ended yet.

You have never met any of his friends

He has mentioned his friends several times but he never talks about you meeting them.

Is he afraid that they might tell you something or is it only because he just thinks it’s not the time for that still?

This is a tough one. You can’t demand that you meet his pals but you should let him meet with your girlfriends and maybe ask him if you can all hang out together one night.

Sometimes, you can’t reach him the whole night

I’m not saying that you should be in contact 24/7 but if you’re dating, you should exchange a goodnight message when you go to bed.

Trust me, no matter what he does, he is never that busy that he can’t send or reply to a message.

If you can’t reach him for a few hours and it’s happening way too often, then your man is definitely doing something that he doesn’t want you to find out.

He uses fake social media accounts or doesn’t have any

When you asked him to add you on social media, he answered that he didn’t have any or he added you to his fake profiles, saying how he doesn’t want to use his real name because he doesn’t like it or doesn’t want too many people to know that he has them.

Those are all excuses, trust me. Come on, who doesn’t have at least one real social media account nowadays?

Okay, there are people who don’t like it but even they have an account for business purposes or to get in touch with their family and friends.

He never wants to hold your hand in public

If you have just started seeing each other, it’s normal if he doesn’t feel comfortable holding hands in public yet and you should definitely be the one who’s going to take that step first.

However, if he still doesn’t want to do it after some time, it’s probably because he can’t be seen in public with you, especially walking together and holding hands.

If you try to grab his hand and he immediately lets go of it, he’s probably worried that someone could see you like that.

If he starts canceling your dates or not replying to your messages for quite a time, you should definitely confront him about it.

If he always says that he had some urgent things to take care of and doesn’t want to talk about it any further, those are just some lame excuses.

The reason why he’s behaving so mysteriously is only because he’s hiding something or playing both sides and he’s one step away from getting caught.

When a man wants to see you, he’ll find some time to do so even when he has the busiest schedule. Nothing can stop him from that.

If your man wants to see you only when it’s suitable for him and uses some lame excuses every time you ask him to go out, then there is definitely something suspicious about him.

Your gut just tells you that there’s something wrong

My dear, don’t let him fool you.

If your inner voice is telling you that something is very off with that man, you should follow your intuition and break up with him before it’s too late for that, before you fall in love with him.

You should never allow yourself to be someone’s second choice when there are so many men who would be more than happy to have you as their one and only choice.

If you’ve recognized any of these signs, you should dump that man who doesn’t deserve you in any way and wait for the right one to come.