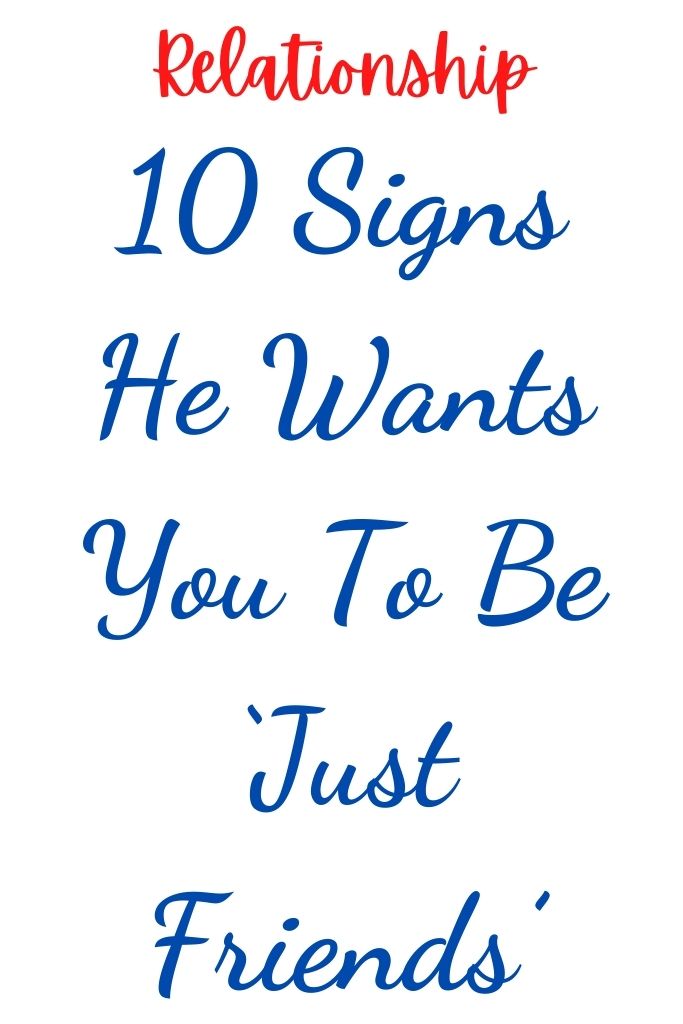 Are you head over heels in love but not sure how he feels about you? You think he only wants you to be his friend? Are you in a friendzone?

Read these 10 signs and find out. If you put a check next to every one of these signs, then it’s definitely time to say goodbye to him and find a new love.

But if you check less than a half, you probably have nothing to worry about.

Here are the signs:

1. He has never properly asked you on a date.

When he says: ”Hey, you wanna hang out tonight?”, that’s not an invitation to a date. That’s how you ask your buddy if he wants to grab a beer with you.

If he asks you to go out like that, then, sorry to break it to you like this, but he considers you a buddy.

2. He keeps talking about other girls.

Oh, you can’t get enough of this kind of talk, right? Jessica is in love with him. Emma keeps commenting on all his Instagram photos.

The girl that lives down the street is smiling at him every time he passes by. Nope, he’s not bragging how desirable he is so you can think he’s worth your love.

He’s simply telling you: ”Hey, there are other girls that are interested in me, and I am considering them as my potential girlfriends. You are not part of the game.”

3. He never tried to kiss you.

Every time he leans in, you think that’s it. That’s the moment you’ve been waiting for. He’s going to show you what you mean to him. But that never happens.

He always leans in to reach for something and that’s it.

4. He’d rather talk about himself instead of getting to know you.

If you feel like his therapist more than like his future girlfriend, you are definitely friendzoned. He tells you about his problems and interests but never asks about yours.

That’s pretty much what therapists are there for.

5. He makes jokes about you two being a couple.

It hurts you, but he doesn’t see it. Or maybe he’s doing it on purpose. He realized that you’re into him and that’s boosting his ego. Be careful.

6. He introduces you as a friend to other people.

“Who, her? Oh, she’s just my friend.” It’s clear. If he talks about you like this, then you are truly just his friend. It’s time for you to bury your feelings or to bury this friendship.

Of course, burying your feelings is much harder than burying a friendship. So it is the best for you to stay away from him.

If you keep seeing him on a daily basis, you’ll end up suffering more and more each day.

7. He only smiles when you flirt with him.

You’ve been trying to flirt with him many times but never got any response from him that would satisfy you. He would only give you a smile.

He probably thinks you’re goofing around because you’re in a good mood and nothing else.

8. You usually hang out in a group.

This doesn’t have to be the case, but it’s common. Maybe he sometimes asks you to go out with him to grab a burger or something, but usually you hang out in a group.

His friends know or date your friends, so know you’re like one big happy family who spend a lot of time together.

And if he doesn’t even bother to talk to you that much, and instead spends all the time right next to his best buddy, then you’re only his friend.

9. He asks you for advice about dating.

Well, if there’s a girl in his life and he’s asking you to help him impress her, then you know you are friend-zoned. But, if he’s generally asking for dating advice, then you need to be careful.

Any little tip and trick you tell him he could use on another girl. Start your sentences with: “Well, I don’t know about other girls, but I like…” and see where it goes.

If you notice him doing something you mentioned to him, then you might have a chance. But if he keeps acting the same, then you know what you need to do. (Look at sign number 6.)

10. He doesn’t answer every text you send him.

You might be constantly on your phones, but he won’t answer you right away. That means he has some other text to answer before he answers yours.

Your text is not his priority. That is definitely a sign he’s not at all interested in you.

Don’t make yourself suffer even more than you have to. If you’re really falling for him, take a step back. If you are still unsure about the way he feels about you, then be honest.

Tell him you like him. Maybe you’ll lose a friend, but at least you’ll save your heart.