If you describe someone as narcissistic, you disapprove of them because they think about themselves a lot and admire themselves too much. So here is the list of zodiac signs ranked from most to least narcissistic.

Taurus are the kings and queens of narcissism. They think they are the best and deserve more than others. They can turn out to be so mean that they even don’t empathize others problem until it bothers them. If things don’t go in their way than you have to deal with their intense anger. They can be materialistic and shallow and you can call them as the masters of manipulators. While being narcissistic Taurus has the ability to talk people into doing things they’d never normally do. It’s better to watch out before having any kind of relationship with a Taurus.

Leo always wants to be in the limelight, They really think that the whole world revolves around them and will do anything to keep things in their own way. They seem more self-assured and optimistic from the outside but their inner self is literally unconfident and unsure. Leo will shower their partner with lots of attention, adoration, roses and gifts, calls and messages until their lover is completely addicted to them, and when they start to fear that their partner is holding on them then all their loves fade away. A narcissistic Leo doesn’t mind hurting anyone and will do anything to fulfil their desires and needs.

A vengeful Scorpio is more narcissistic and they don’t mind hurting anyone whoever comes on their battlefield. So, watch out for that Scorpio who has been hurt and betrayed and is seeking revenge. Scorpio has the ability to fully remove people from their lives. A narcissistic Scorpio can turn out Violent, cold and calculating. They will do anything for their benefit even if they are doing wrong with others.

The cold and detached qualities of Aquarius makes them one of the most narcissistic zodiac signs. In order to fulfil their goals, Aquarius will do anything and even don’t mind taking advantage of others. To increase their fans and following they even don’t mind to show off through their charity works. Aquarius always believe that they are better than others and they don’t look ahead that people will empathize them. Their inspiring people is just the way to gain attention which they always love.

What makes a Virgo Narcissistic? Well, they believe that they are the most brilliant person in this world. They are self-centred and are always ready with the plans since researching is their best hobby. When a Virgo is seeking an attention than they will do anything for it, even don’t mind lying, that makes them smartest of all. Virgos are perfectionists and that’s the traits of a narcissistic person, as Virgo want everything to be perfect – a perfect wife, a perfect job, a perfect house and smartest kids.

Aries don’t think about others, not even about their loved ones. Of course, Aries always do want they want and if that benefits others, that’s great but if it doesn’t then it really doesn’t matter them. Aries are the ones who don’t need any validation from others as they always know what they want and will only do it for themselves. If you don’t want any battlefield with an Aries then do not provoke their superiority.

Do not hold a Sagittarius in any way because they will definitely make you feel regretful. As Sagittarius are detached and it is beyond the bounds of possibility for them to feel others emotions. They can be blunt while speaking their mind and it really doesn’t bother how much it hurts others. They want people to behave like them and will even go the wrong way and start manipulating others to do what they want them to do. We can tag a Sagittarius as immature rather than narcissistic.

Cancers are attention hungers and will do anything to get attention from someone. Cancers really feel bad to use people for their own benefits, so they are more loving and caring rather than being narcissistic. Cancers are emotional and suspicious but not selfish and rude.

Libras are ones who really like attractive people and things and they will use their charm to get them. Libras are not cold and rude to be narcissistic but the fact is that they love attention and want people to give them special treatment. They don’t want to hurt people and due to this they usually avoid conflict. They always think that they had done everything better than others. They love to talk about themselves and their achievement, if they sense that people are not influenced by their words then they start giving more importance to those things and try to prove them better.

Capricorn does have some narcissistic characteristic but they are so responsible and careful to be highly narcissistic. When Capricorn decided to get what they want then they can turn out to be cold-hearted. Manipulating their loved ones is not the cup of tea for a Capricorn but they can be narcissistic in the matters related to their work and ambition. 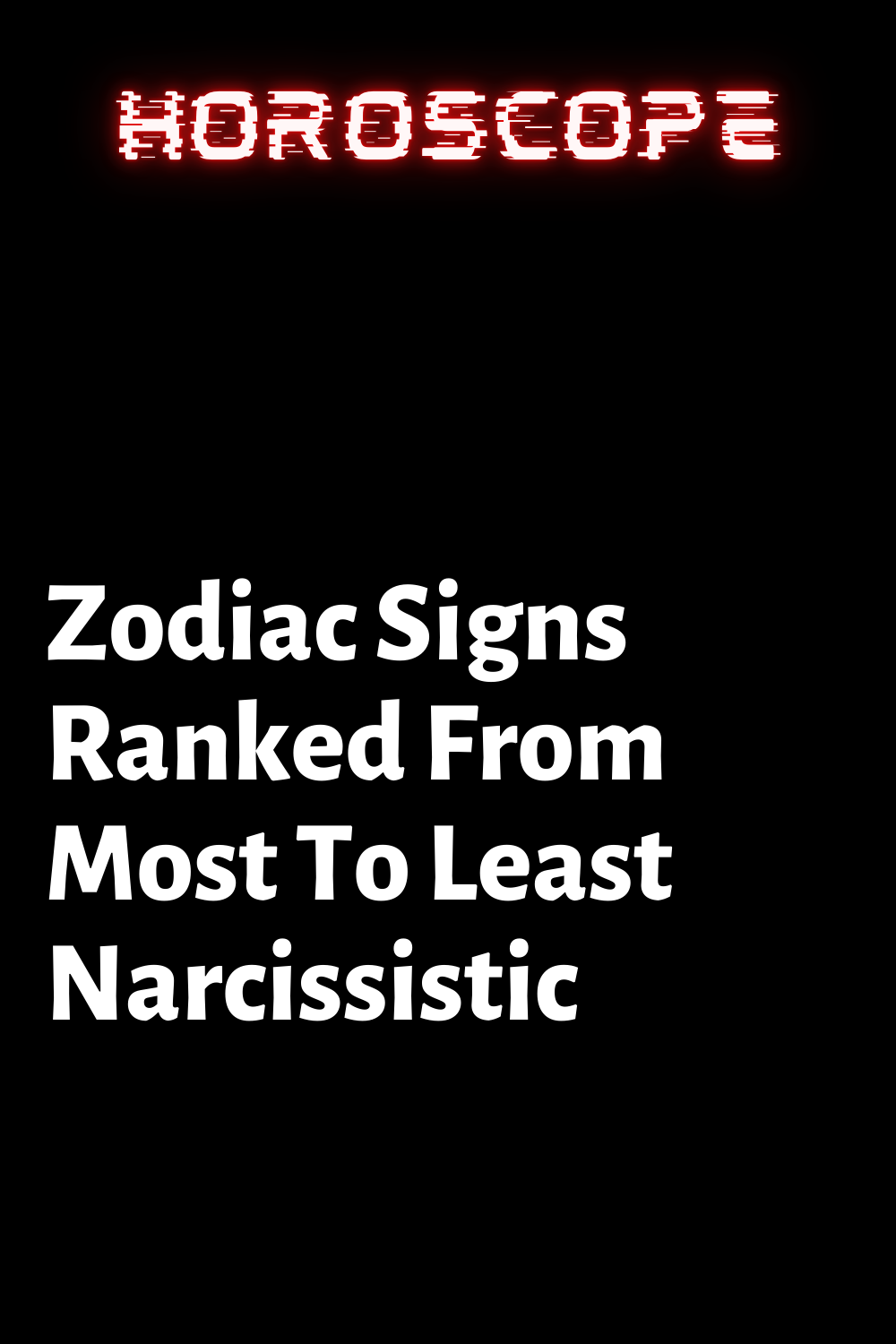 THESE SIGNS NEVER APOLOGIZE – DON’T EXPECT THEM TO REPENT

WHAT EACH ZODIAC IS ATTRACTED TO EMOTIONALLY

THE ZODIAC SIGNS WHO ARE POTENTIAL WEB STALKERS