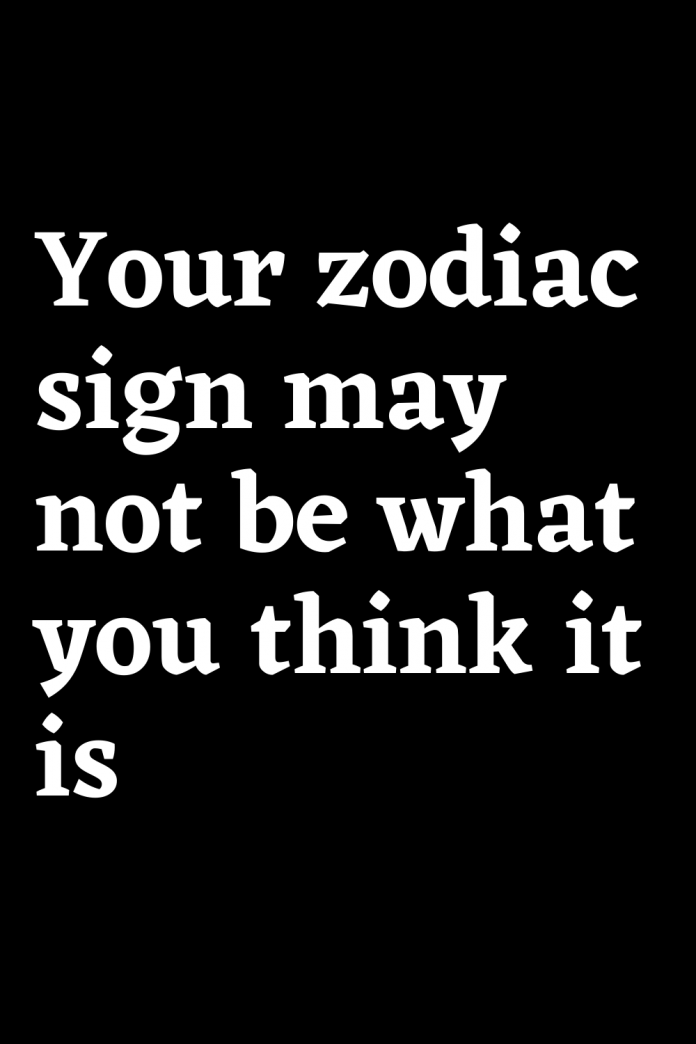 This is a great way to start a conversation.

But before you ask or answer this question, consider this: Your zodiac sign corresponds to the position of the sun in relation to the constellations as they appeared over 2,200 years ago!

The science behind astrology may have its roots in astronomy, but these two disciplines should not be confused. Astronomy can explain the position of stars in the sky, but it’s up to you to determine what their alignment means, if anything.

The constellations of the zodiac

The ecliptic, or the position of the Sun as seen from the rotating Earth, passes through the constellations that formed the Zodiac – Aries, Taurus, Gemini, Cancer, Leo, Virgo, Libra, Scorpio, Sagittarius, Capricorn , Aquarius and Pisces.

Originally, zodiac signs were determined by the constellation the sun was in on the day you were born.

The first astronomers observed that the Sun traveled through the signs of the Zodiac over the course of a year, spending about a month in each of them. They therefore calculated that each constellation spanned 30 degrees on the ecliptic.

However, a phenomenon called precession has altered the position of the constellations we see today.

The first day of spring in the northern hemisphere was once marked by the zero point of the zodiac. Astronomers call it the vernal equinox and it occurs at the intersection of the ecliptic and the celestial equator.

Around 600 BCE, the zero point was in Aries and was called the “first point of Aries”. The constellation Aries encompassed the first 30 degrees of the ecliptic; from 30 to 60 degrees, it was Taurus; from 60 to 90 degrees, Gemini; and so on for the twelve constellations of the Zodiac.

Unbeknownst to ancient astrologers, the Earth continually oscillates around its axis in a cycle of 25,800 years. This oscillation, called precession, is caused by the Moon’s gravitational pull on the Earth’s equatorial rim.

Over the past two and a half millennia, this oscillation has caused the point of intersection between the celestial equator and the ecliptic to shift westward by 36 degrees, almost exactly one tenth of the ecliptic’s turn.

This means that the signs have slipped a tenth – or almost a whole month – of their turn of the sky to the west, relative to the stars beyond.

For example, people born between March 21 and April 19 consider themselves to be Aries. Today, the Sun is no longer in the constellation Aries for much of this time.

From March 11 to April 18, the Sun is actually in the constellation Pisces!

You will most likely find that after taking precession into account, your zodiac sign is different. And if you were born between November 29 and December 17, your sign is actually a sign that you have never seen in the newspaper: you are an Ophiuchus! The ecliptic passes through the constellation of Ophiuchus after Scorpio.

Now you really have something cool to start the conversation with!

Until then, you relied on the well-known dates of the astrological signs to find your match:

What is the Ophiuchus?

Were you born somewhere between November 30 and December 18? If so, there is a good chance that the sun will pass in front of the constellation Ophiuchus, the serpent bearer, on your birthday. Now I can almost hear you say:

WAIT A MINUTE ! THERE IS NO OPHIUCHUS ON THE HOROSCOPE PAGE.

You are quite right. This is because Ophiuchus is a constellation – not a sign – of the zodiac.

In the latitudes of the northern hemisphere, the serpent bearer rises in the sky from the south to the southwest on the evenings of August and September. In the southern hemisphere, Ophiuchus is closer to the sky. The bright red star Antares – the brightest light in the constellation Scorpius the Scorpio – is also nearby.

Rasalhague marks the head of Ophiuchus, but is not as bright as Antares, the star that represents the beating heart of Scorpio.

Poor Ophiuchus. No one claims it as a birth sign, although the ecliptic runs through it as well. After all, the zodiac stripe stretches about 8 degrees north and south of the ecliptic, a total width of 16 degrees.

And the constellations are not evenly spaced along this band in our sky.

Zodiac signs are familiar to anyone reading astrology advice online. There are 12 familiar zodiac signs: Aries, Taurus, Gemini, Cancer and so on. But… no Ophiuchus.

Yet the moon and the planets move steadily within the boundaries of Ophiuchus. And the sun too. The sun is in front of Ophiuchus from about November 30 to December 18 each year.

The sun is said to enter the sign of Sagittarius around November 21 or whenever the sun is precisely 30 degrees west of the point of the December solstice. The sun then enters the sign of Capricorn at the time of the solstice of December 21.

The sun therefore passes through the sign of Sagittarius during the month preceding the December solstice and until it, regardless of whether the sun shines in front of the constellation Ophiuchus from November 30 to December 18.

Ophiuchus in myths and stars

In Greek sky mythology, Ophiuchus represents Asclepius, the Greek god of medicine and physicians. He is always represented holding a large snake or a snake. And, depending on how it’s used, a snake’s venom can either kill or heal.

Asclepius is said to have concocted a healing potion from the venom of the Serpens snake, which he mixed with the blood of a gorgon and an unknown herb. This potion allowed humans to access immortality, until the god of the underworld, Pluto, appealed to the king of the gods.

Pluto asked Zeus to reconsider the ramifications of dying from dying.

We hardly know how Pluto formulated his call. Perhaps he only said that what never lives never dies, and that no mortal can have one without the other. Sophocles may have expressed the message inherent in the myth by saying: