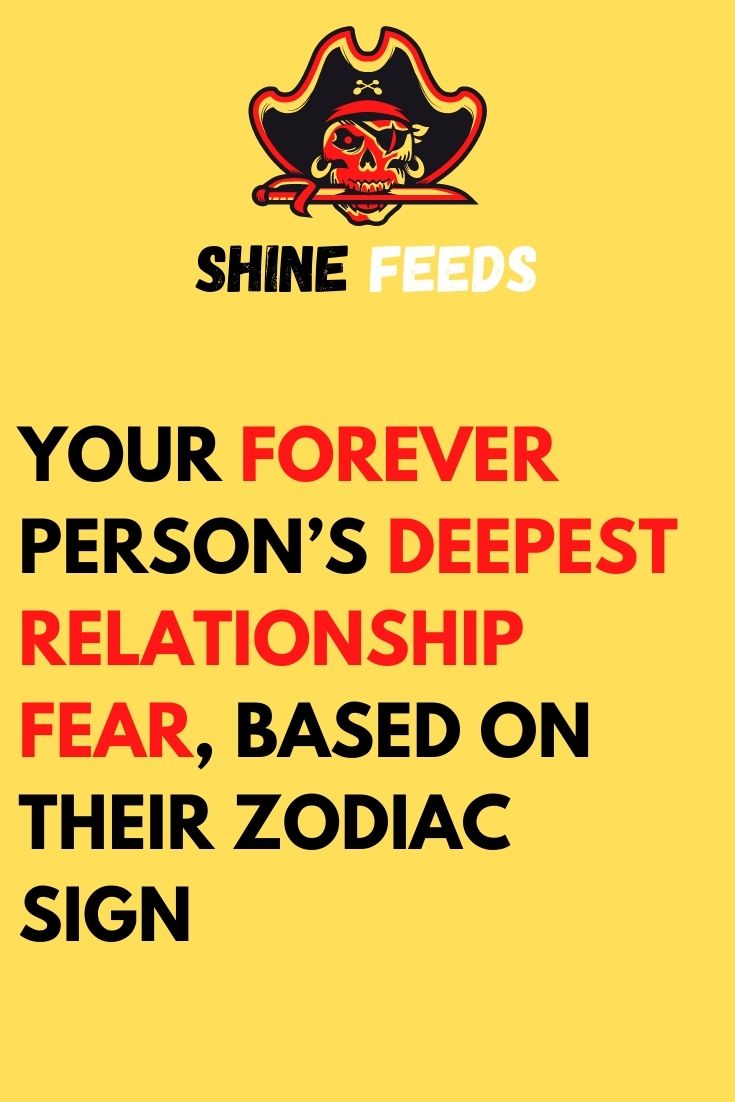 YOUR FOREVER PERSON’S DEEPEST RELATIONSHIP FEAR, BASED ON THEIR ZODIAC SIGN

When your Aries fell for you, they fell hard. They threw all of themselves into the relationship, full of energy and passion. From the very first time you two met, they were keen on getting close to you, curious about your life and past in a way that no one has been before. It’s clear they are totally invested, but their deepest fear is that you’ll fall out of love with them. See, an Aries flaw is that they sometimes have tunnel vision—they can be so focused on giving you all of their love and affection that they fail to see whether or not you’re responding positively to it. They could be loving you so hard, that they love you away. And that is their deepest fear, watching you walk out of their lives after they’ve given so much.

Your Taurus lover was just as their sign said they would be—stubborn and bull-like, difficult to commit. It was clear they were interested when you first started talking, but understanding their desires, peeling back the layers in their mind, getting to really know them took forever. You were often worried that they weren’t really into you because they were so unsure about committing, but when they finally did, everything seemed perfect. But, in any relationship, there is tension and fear, and your Taurus’ secret fear is that now that they’ve committed, you’ll lose interest. See, you pursued them, pushed them, and stood by them, even when they weren’t ready. Now that you’re on the same level as them, they’re terrified you were only in it for the chase.

Sometimes you watch your Gemini steal the show, captivating everyone with their stories, their laugh, their passion for the world and you love how much energy they’ve brought to your life. Whether you match their tenacity or are their shy counterbalance, your relationship seems to just fit. But what you don’t realize is that your Gemini’s deepest fear is that they’ll get bored. See, Geminis love to be intellectually stimulated. They’re forever chasing the next adventure, the next deep conversation, the next strange or confusing thing they can learn, and though they’ll never admit it, their curiosity can make them easily bored by the things and people around them. Though they love you so much, they’re terrified that the two of you will fall into a mundane, methodical existence and they might not have the same passion for your relationship anymore.

Your Cancer is the person you can depend on, the one you can run to when anything is going wrong, the one you would trust with your life. They are dependable, dedicated, and compassionate. But sometimes they can be a little too much. Sometimes your Cancer can be too clingy, wanting to spend all of their time with you or make you the center of their world. This can cause you to pull back, craving your own space and identity—and this is where their deepest fear comes in. Your Cancer is scared that they’ll be too much, want too much, and hold on too tightly, pushing you away to the point that they lose you altogether.

Your Leo lover is bold, fiercely loyal, and often the boss of your relationship. With their dominant personality, being the center of attention comes naturally. They want to take care of you, and they want to be the one in charge, guiding and making decisions. But sometimes they can smother you with their big personality or arrogant nature—they know this, and this is their deepest fear—that you will mistake their care for selfish desire, or that you won’t let them be the protector of the relationship. In many ways, they need to lead; they need to be the one who puts forth their attention and love because they want it reflected back to them in the same manner. But this is what they fear the most, you fighting back and seeing the way they love in the wrong light.

Virgos are the calm figures in the relationship, almost always peaceful and patient. They are thinkers—continually processing, analyzing, trying to make sense of what’s happening or where your relationship is going. They are guided by their minds, and this is where their biggest fear comes into play. Because they are often lost in their own heads and tend to fall on the obsessive side with their thoughts, they’re terrified they’ll overthink themselves out of the relationship, always finding little things that bother or upset them, or picking fights because of something they’ve thought into reality.

Libras can be wishy-washy. Sometimes it seems like they’re totally into you, the next it feels like they’re a thousand miles away, but at the end of the day, you know that they care because when they show you affection, it’s above and beyond. Your Libra lover will often go to the extreme, sacrificing all of themself to put you first and show you that you matter to them. However, their huge, secret fear is that they are compromising themselves too much in the relationship. As much as they show you they love you, they go back and forth in their true feelings. They want to know that as much as they’re giving, they’re going to get in return—that’s their biggest fear—losing themselves in loving you.

Scorpios enjoy being alone. As emotional signs, they spend a lot of time in their heads, often brooding and analyzing their feelings. When it comes to your relationship, your Scorpio has a handle on who they are and how they feel, and do a great job of expressing that, which brings you two much closer. Their biggest fear, though, is that you won’t give them the space they need to be themselves. Because they are so self-aware and contemplative, they need time alone to process. They’re scared that as this relationship continues, they’re going to have to compromise more of their alone time a couple of times, and they aren’t sure if they’re ready.

Your Sagittarius is a wanderer. They love to discover new things, chase their passions, learn, and have freedom. Tying them down, in the beginning, wasn’t easy, but was so worth it because of the beautiful, explorative relationship you now have. Every day it seems like the bond between the two of you gets stronger, and it’s obvious your Sag is totally into it. But their secret, deepest fear is that one day they won’t be. They’ll never tell you this, but they’re terrified that one day they’ll have to choose between their dreams and their relationship, and they might not choose you.

Your Capricorn is driven and serious. They are passionate about the things they do, the dreams they chase, and the way they love you. When they fell for you, they gave you a lot of themselves and this isn’t lost on you. Something that’s wonderful about them is that they’re always looking to the future, imagining and trying to plan for it. Their deepest fear, though, is that you aren’t on the same page. They are logical-minded; they take life very seriously and are often scared that you will either be too whimsical for them, or not see the relationship as real as they do.

Aquarius signs are always busy. They’re helpful, caring, generous, and often supporting people in any way that they can, even strangers. One of their downfalls is that they are never alone—almost always surrounded by others to the point that it makes you wonder whether they’re really serious about you. They are, but sometimes the fact that they’re always around other people causes a rift between you two. This is where their biggest fear comes in: because of their external relationships, they fear that you’ll try to control or restrict them. They want to have connections with people outside the two of you, and they’re terrified you’ll keep them from being who they really are.

Pisces lovers are filled with passion. They are emotional, deep-thinking, and extremely empathetic. Whatever they feel, they feel thousand times more intensely than you. That’s why it’s so important to them that you communicate and express your feelings—when you don’t, they start to feel like they’re losing you. This is where their biggest fear comes in. Your Pisces can often be a worrier: stressing, overthinking, and not wanting to upset you. Their biggest relationship fear is that you’ll mistake their emotions as weak, rather than a product of their heart. They care so much; they’re scared that instead of seeing their feelings and validating them, you’ll view them as pathetic or insecure.