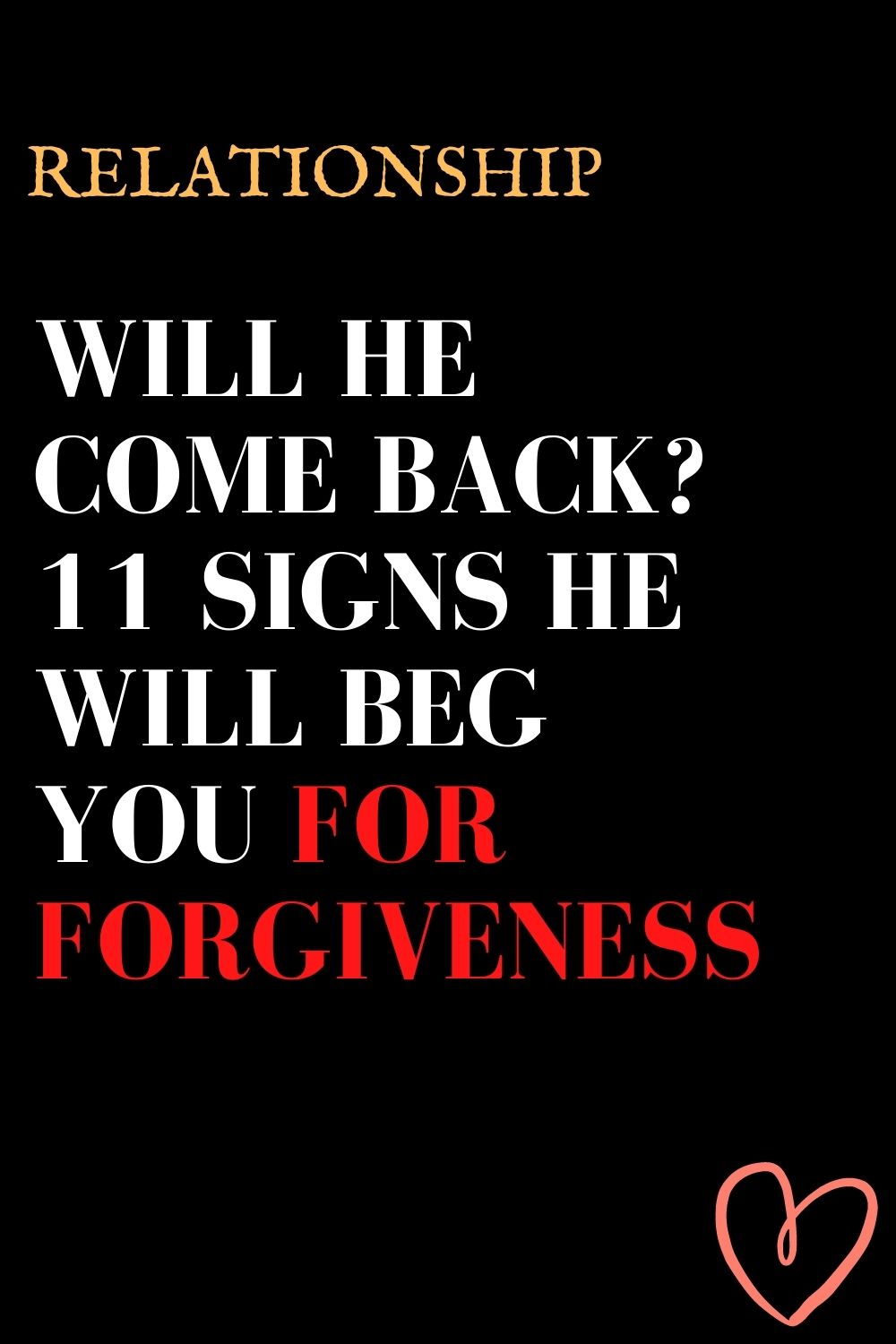 When we get left by an ex, we tend to seek the problem in us, but forget that his feelings might have changed. If that’s the case, there is little to no chance that he will come back.

But if he left you for another woman or for the pleasure of being alone, then you can expect him to be back sooner or later.

You’ve asked yourself far too many times if he’s going to come back, because you miss him. You don’t think that you’re time is over just yet.

Will he come back?

The million dollar question can be answered so easily.

We usually misread the signs and we think that he doesn’t actually want us around when in actuality he’ll most probably come back if he’s doing any of these things:

If he texts you.

If he’s trying to stay in touch and if he’s texting you to see what you’ve been up to, he’s most probably thinking about coming back to you.

You won’t even have to ask yourself if he’s going to ask for your forgiveness if he is asking you how you’re doing.

He’s trying to see how you are. He cares. He wants to see if you’re doing fine. If not, he wants to show you that he will be there for you to make it all better.

He always reminds you of the past.

He brings it up constantly, reminding you of what happened and how good of a couple you were. He mentions the embarrassing things and the intimate things.

He makes you remember even the little details to show you that you had a great time with him and he’s initiating that he’s nostalgic and that he’d like to go back to that time.

He wants to go to sleep by your side and he wants to kiss you again, just the way he did before. How could he do that without asking you for forgiveness?

It doesn’t matter if it’s likes on social media, Retweets, and comments or if he’s always at the same parties as you.

You went to have coffee and in a matter of seconds, he makes his appearance in that same cafe?

It could be a coincidence, but not if it happens more than once.

He always approaches you to tell you that he has seen you, which is a bit creepy, but it’s a clear sign he wants to be around you.

He says he needed a break.

A break does not equal a break-up. Breaking up is saying goodbye to someone forever, but if he says that he only needed a break, sooner or later he will be knocking on your door, asking you to be his again.

Because, let’s be honest, men don’t know what they had until they lose it.

He does the drunk text/call.

It’s such a cliché by now, but does he care? I don’t think so. He may even pretend to be drunk just to justify his behavior.

There is no sign quite as clear as this one, but the question that you should be asking yourself here is if he’s willing to call you when he’s sober.

People come to you saying that he asked about you.

He asked about you? He asked someone who would most probably tell you that he did, simply to make you think about him because he’s thinking about you as well.

He will leave you wondering why he would ask about you, but the reason is as simple as it can be; he regrets what he did, he regrets not being with you anymore.

He spends time with your friends.

Whether they are mutual friends or just the people you hang out with, he goes to bars with them and is always asking if you’re going to be there.

He wants you to see that you can’t escape him (as psycho as that sounds) and he really wants to be around you and to let you know that he would like to get back into your life again.

He gets nervous when he’s around you.

You see it constantly—whenever he’s around you, he gets so clumsy and insecure, like a little kid.

He’s got so much to tell you, but he doesn’t know how, he simply can’t find a way. That’s why he turns into a nervous wreck.

He asks you a lot of questions.

He asks about your day, about your life, about your friends. It’s his way of seeing if your life is going better without him and if there’s still room for him in your life.

This is also a way to see if you’re interested in anyone new, just to make sure that he’s not going back to a woman who already has someone else.

He’s still in a good relationship with your family.

There is nothing worse than the feeling when you need to face their his after you’ve broken up; probably because you were very close.

So, if he’s still in a nice relationship with your parents and if your parents still like him, he’s doing his best to make it all seem the way it was while you two were together.

Also, his parents still consider you as their future daughter. They want you in their lives, just like he does.

That’s why he’s still telling them good things about you and making you look like an angel in their eyes.

He says that there is no woman like you.

There is no sign as clear as this one. He searched for you in every woman he met after you, but he can’t seem to find anyone as beautiful as you are.

He can’t find anyone who will love him the way you did and love him that much, so he points it out to you in casual conversations.