Find out what mistakes your partner could make that could lead to a breakup. Be prepared for anything!

Aries is extremely direct and always acts as he feels. In many situations, he reacts impulsively, even if in the end he realizes that he should have done things in a different way.

You will not like this, but it simply cannot be changed.

He is extremely harsh when he feels threatened in a relationship and always does things he regrets later.

This behavior is good in some situations, but in love life, he should have more compassion for you and this is the reason why your relationship could fall apart.

The main problem of the Taurus is that he needs too much time to open up to someone, but he demands that others open up to him.

He tends to keep personal things only to himself and rarely shares them with you.

He is very sensitive when it comes to money and, therefore, most of his relationships fall apart. It’s fine when you pay for him, but when it’s his turn, he’d like you to split the bill.

He must learn to trust you more and not think that you will take away everything he has.

Geminis have so much luck in life, but their main problem is that they don’t know how to enjoy it.

The Gemini native is quite indecisive about the things he wants to do. When things are going well in your relationship, he gets scared and thinks that you are going to propose to him or something like that.

He thinks that he will not be able to enjoy life once he ends up having a serious relationship.

He thinks that there will always be a special woman who will satisfy him, so he gives up on the good girls and ends up with someone who doesn’t appreciate him.

When he loves, he tends to suffocate the person next to him and overanalyze things. And he doesn’t know how to stop.

You give so much in a relationship that sometimes it can be too much for you.

When he falls in love with someone, he becomes totally obsessed with that someone and doesn’t know how to say stop.

He wants to know where you are and who you are with, every second.

This is what scares most of the women in his life, who often decide to leave him. They think it will be much worse if they marry him, so they don’t want to risk it.

Since he is the king of the jungle, the Lion wants to be the center of attention all the time. He doesn’t care much about your wishes.

Instead, he thinks about his needs and feelings.

He wants you to give him your full attention, but he doesn’t think about doing the same. And this will always be a big problem in love relationships.

He’s thinking more about himself than you, and that’s not good in the long run.

This is why his relationships fall apart and the main reason why he can’t have the love he longs for.

The main problem of the Virgo native is that he always wants to fix things, even when they are not broken.

He is a big perfectionist and things that are good enough for you need some improvement for him.

He does exactly the same thing in love, and that’s why all his partners run away from him.

No one wants to be changed and transformed into someone they can fall in love with.

He doesn’t know when to stop criticizing and the women in his life decide to leave him before it’s too late.

The Libra native simply likes being in a relationship. It’s something that fulfills him and makes him feel good about himself.

He likes to spoil you but often forgets about his feelings and desires.

His main problem is that he always strives to please you, to the point of neglecting himself.

He inhibits your emotions and thinks they will go away if he doesn’t talk about them. But in most cases, it explodes due to a little trigger and everything falls apart.

Therefore, it would be better to talk about problems as soon as they arise and be open about everything.

When falling in love, Scorpio worries too much that they will do something stupid, so he does things that are not a wise choice every time.

Because of a great desire to keep you in his life, he can push you to your limits.

He becomes obsessed and paranoid that you will cheat on him and does not enjoy the love you have.

Instead, he thinks about things that will happen in the future. And because of this, the women in his life always leave him and want nothing to do with him.

If he could just relax a little, everything would be a lot different.

Sagittarius is a free spirit, and because of this, every love relationship they start ends up because they can’t fully commit and commit. His freedom is what he values ​​most and he doesn’t want to lose it for anyone.

Therefore, this native cannot give you what you need and you simply cannot be happy with him.

The best choice for him would be to find someone open-minded like him and have an open relationship with him. That’s the only way it could work.

Capricorn’s main problem is that he believes that people will hurt him no matter what he does, so he doesn’t let anyone get to his heart.

He’s always building walls so high you won’t know how to get to him. And that makes the whole relationship difficult.

No one wants to make an effort for someone who doesn’t even show they want a relationship. Some people might try it, but as soon as they see it doesn’t open, they give up on it.

He just needs to learn to enjoy life and understand that if he is meant to be hurt, it will happen no matter what.

The main problem with Aquarius is that they don’t know if they want a relationship or not.

He likes you, but as soon as he sees someone else, he goes crazy. Maybe this can be hidden at the beginning of the relationship, but when you get to know him better, you will see what he does.

This native needs to know that it’s not okay to play with people’s feelings and that he probably wouldn’t like it to happen to him either.

If he doesn’t like you, it would be best to tell you directly, but not betray you behind your back.

The Pisces native falls in love very easily, so his main problem is that he chooses the wrong people.

If he likes someone instantly, he will immediately try to conquer that person and not think about the consequences.

It’s not that you have a problem, but simply that there is a risk that you are not compatible.

He just wants to enjoy life and that’s why he gets involved in relationships that end up hurting everyone. 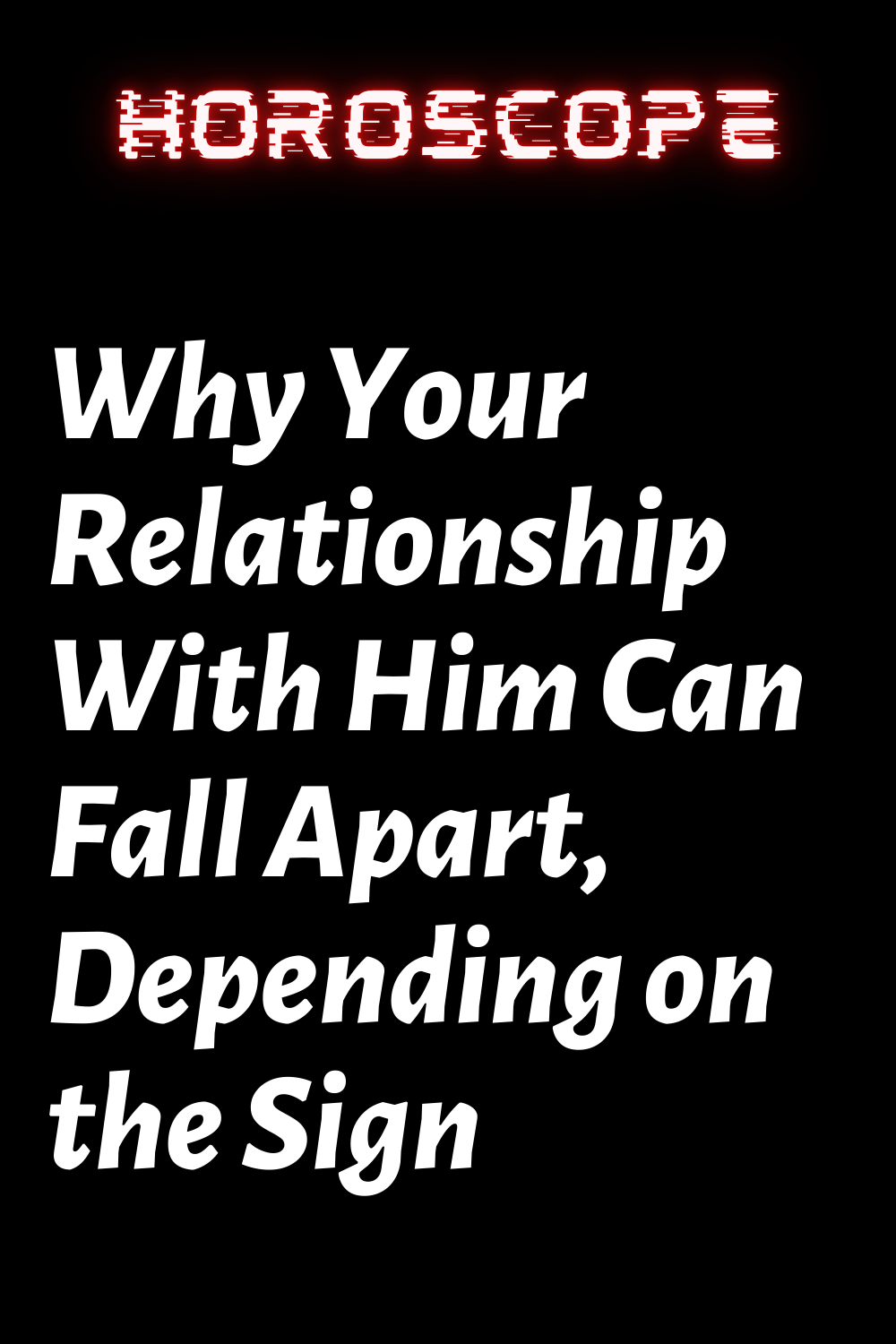 What Kind of People Do You Attract? According to Your Astrological Sign 2022

THE MOST DISTRACTED ZODIAC SIGNS. HERE ARE THE TOP THREE IN THE STANDINGS

The Truth About Why You’re Still Single in April 2022 (in 5 Words), Based on Your Zodiac Sign

THE ZODIAC SIGNS THAT ARE MADE FOR IMPORTANT RELATIONSHIPS