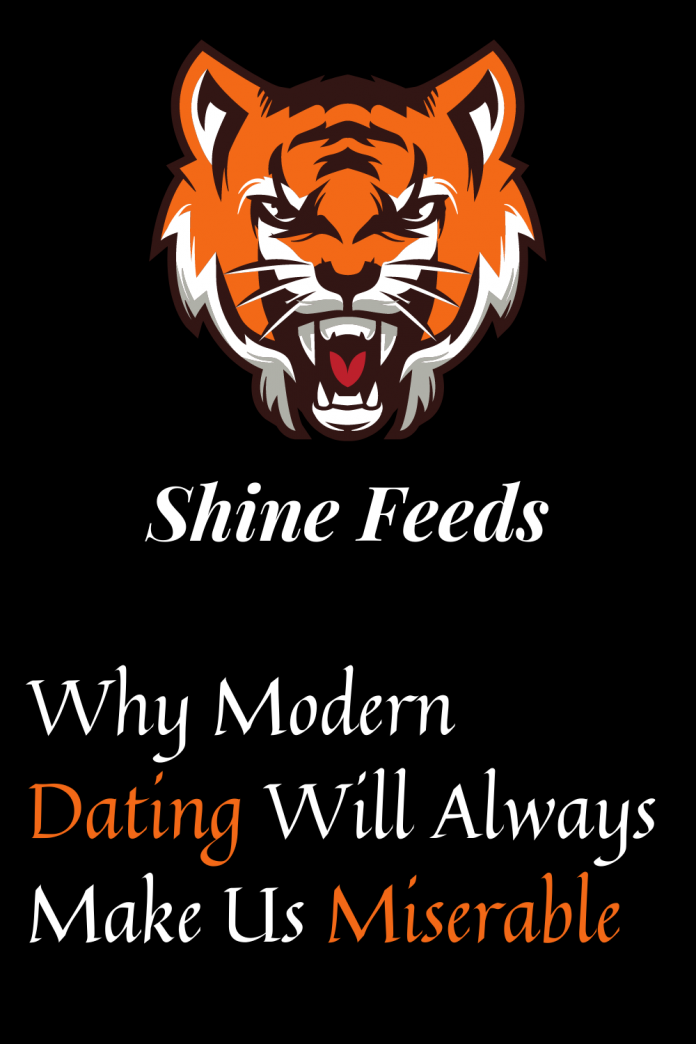 This generation’s dating scene is absolutely ridiculous. It’s driven by ego, pride and being emotionless. It’s not as simple as I’m attracted to you, you’re attracted to me, lets date. It’s far more complicated than that. There is too much choice and there is very little respect. Why have one girl when you can have all twenty?

We’re just a culture of instant gratification lovers and we love to obsess over the need for validation from strangers.

We’re extremely good at being greedy because nothing fulfills us anymore – everything we want is at our convenience – the art of pursuing someone is officially dead. It’s like we’re fooled into thinking perfection is attainable when it’s simply not – no matter how unrealistic our expectations of a person are, we will always be hugely disappointed when our standards aren’t met.

There will always be someone out there who’s prettier or funnier, but even they will never satisfy. ‘The grass always seems greener on the other side. But who told you to look for greener grass?’

When you first start talking to someone, you can’t enjoy the fact you find them attractive and that they make your stomach do backflips because they’re probably entertaining other people at the same time (rightly so, they’re single) so you have to put a guard up to protect yourself from falling for the bullshit. Is he playing me? Is he just bored? Does he just like the attention? You don’t know if someone is being genuine or not, so you have to realize that anything he says at this point is just to be taken with a grain of salt.

If you like someone, then it’s natural for you to emotionally invest your time into them, but nowadays, it’s an unwritten rule that you should not catch feelings for anyone – no matter how fluffy they word their sentences, no matter how sweet they are, and no matter how many times they tell you what you want to hear – you have to keep telling yourself it’s not that deep. It’s hard to trust them because half of the time, they only say sweet nothings because it lures you into a false sense of security, which makes you feel like you have an emotional connection (a trick to manipulate you into sleeping with them) – so you should always go by their actions over their words. It’s a confusing ride from the beginning and often has you feeling like you’re walking on eggshells. Why is it so difficult? Let your words match your actions.

So it’s frowned upon if she chooses to distract herself by dating other people, but she’s also ‘not allowed’ to pursue only him in case she catches *gasp* feelings. Okay, makes sense. It’s like you have to do everything in your power that you don’t want to do – date other people, talk to numerous guys at the same time – act distant – play hard to get – get with other guys – ignore him – be a bitch – all to keep you from apparently being too keen – too interested – and *gasp* actually being human.

Dating is harder to enjoy because you don’t actually know where you stand, or whether or not to get too emotionally attached. It results in you being guarded and becoming a game player. Not knowing whether or not it’s going to be anything serious can drag on for months – so that technically means you can date other people, but what if the other finds out and then you ruin your chances of being with that person? And who knows who you’re sharing each other with – you could be sleeping with various people all at the same time, but technically it isn’t cheating if you’re not together, so it’s not seen as an issue. Why does everyone want casual relationships these days? I might be sounding a little selfish here but I do not like sharing.

I don’t understand why it’s seen as so barbaric to want someone all to yourself, but that’s just me.