Would you like to know from the beginning if you have a chance or not with him? Astrology can tell you if his zodiac sign is compatible with yours!

There will be no love affair between Aries and Leo.

Leo always wants to be in the spotlight, and Aries may be in a bad mood and impatient. Leo has a very strong personality, and this could drive Aries crazy. It is also very possible that they will offend each other.

Taurus will not make a good team with the Leo woman on a sentimental level.

Taurus is stubborn and always realistic. The lion is known for his desire to be in the spotlight at all times. He may be stubborn, too, so the two may clash many times. Because of this, the two cannot stand in a relationship.

The Gemini man will not be able to have a relationship with the Cancer woman.

While Cancer likes comfort and convenience, the Gemini native does not want to repeat the same things and have a monotonous life. These two signs would not be understood and it is possible that the man from Gemini would get bored in so he would try to give the relationship a chance.

Cancer and the woman in Pisces are too similar to have a functional relationship.

Both signs are sensitive and emotional. Surely they would both choose to sit on the couch at home, instead of going out. Because they are so similar, the two would not work well in a relationship and would need another partner who could balance them. It’s great to have things in common, but the differences are what attract them.

Leo and the Pisces woman will not be in a love affair.

Leo needs a reliable and secure partner, just like him. The Pisces woman is too sensitive for him and he may find her too emotional. This does not mean that it is bad to be sensitive, just that this is what he feels and is not attracted to this kind of person. Also, Leo does not match the woman Sagittarius. They both have very strong personalities and could be too much for a relationship

The man in Virgo will never get along with a woman of the same sign as him.

This sign is quiet and not too attractive to social life. He’s good for small groups or just talking to someone else, but he doesn’t long for lavish parties or midnight entertainment. The two do not match because, in this case, the opposites attract. Everyone needs a partner who is different from them and makes them numb from time to time. Also, the man in this sign will not be able to fall in love with the woman in Taurus. Even if both are earth signs, they will not understand each other. The Virgo man is shy and will not get involved in a relationship without being sure of that person. He must be convinced that he will not make fun of him or that he will not hurt him.

The Libra man will never fall in love with a Leo woman.

The two of them are the kind of people who really like to talk, they have strong opinions and feelings about things and they don’t like it when someone tells them they are wrong or they have a different opinion. They are more likely to quarrel than to love each other. Also, the Libra man will not be able to have a relationship with the woman from Sagittarius. Sagittarius loves to travel, and Libra wants to have a partner who is always there for him and available when he needs it. They want things completely different from life and a relationship.

Scorpio will never marry a Virgin.

Scorpio is full of passion, strong and aggressive, just the opposite of Virgo. While the opposites are drawn, the relationship between the two could be extremely complicated. Also, Scorpio will not be able to truly love a Pisces woman. Pisces are sensitive, and Scorpios are not. From the very first meeting, they will not understand each other because they have completely opposite personalities.

The man in Sagittarius will never fall in love with the Cancer woman.

Cancer stays too long in the house, and Sagittarius loves to walk and travel. For this reason, the two have no chance of falling in love with each other. If they decide to give it a try, their relationship will fail sooner or later.

The Capricorn man is too strong for the sensitive Pisces woman.

Capricorn is related to family, loves tradition, and is generally responsible. He does not forgive and can be negative in most situations. He can also act as if he knows everything about anything. This is a trait that Pisces cannot tolerate

There will be no love affair between Aquarius man and Cancer woman.

Aquarius is sociable and independent, but he also has moments when he wants to be alone at home. Cancer is loyal and wants to be with the people he loves all the time. It seems that there will be no love between the two signs, because they have different perceptions about life.

The Pisces native will not be able to have a relationship with an Aries-born woman.

We all have bad days and sometimes unstable moods. We would like to snap our fingers and change things the way we want to, but this is much more difficult to achieve when we are in a relationship. If you were born in the sign of Aries, the Pisces man may never fall in love with you. You may have sudden mood swings from time to time and you may not have much patience. The Pisces man is more sensitive and emotional and could not cope. 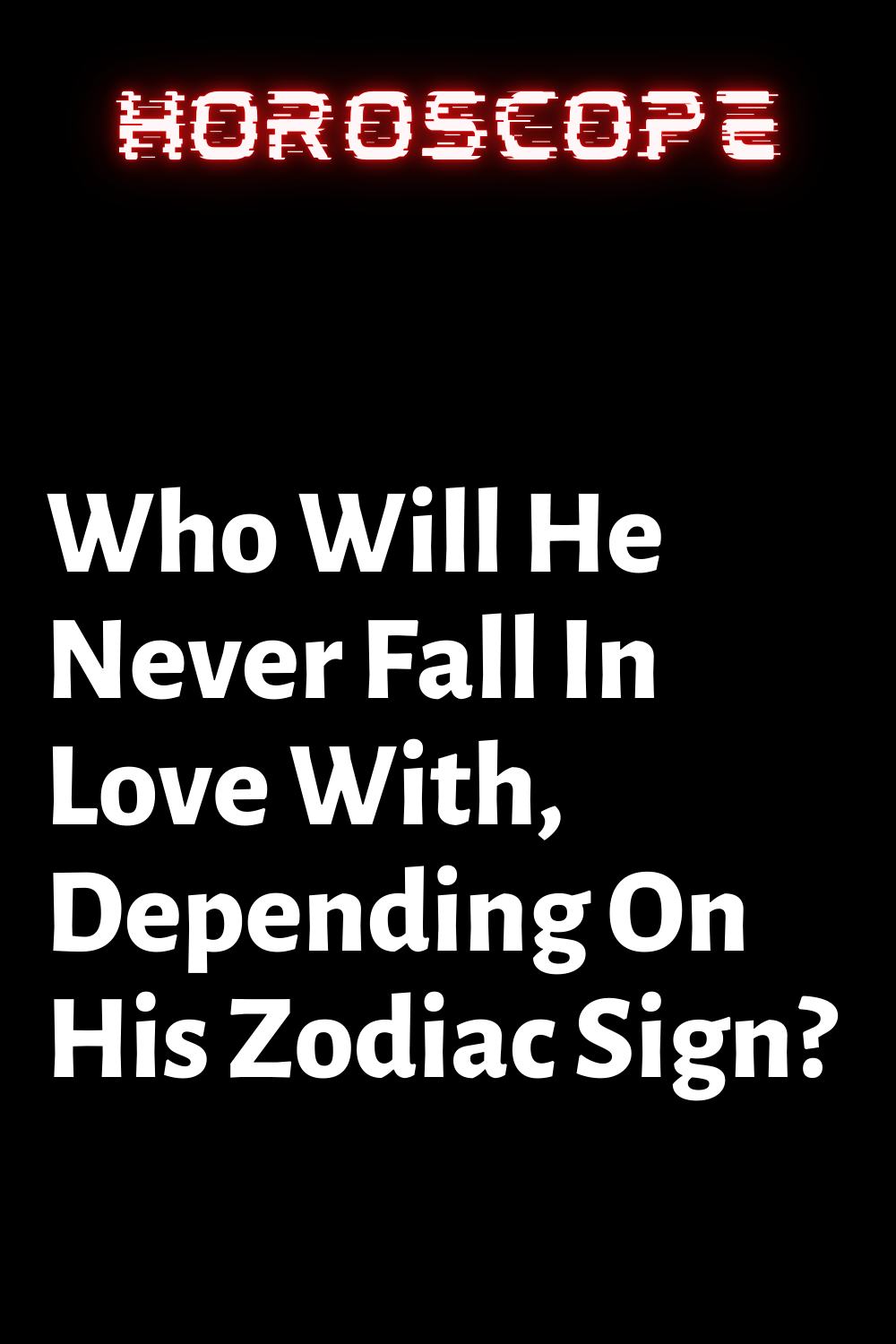 Signs That Lose Opportunities Due To Their Indecision

THESE ZODIAC SIGNS ARE ALWAYS RAGING

Why You Decided To Stop Running After Love, Based On Your Zodiac Sign 2k22