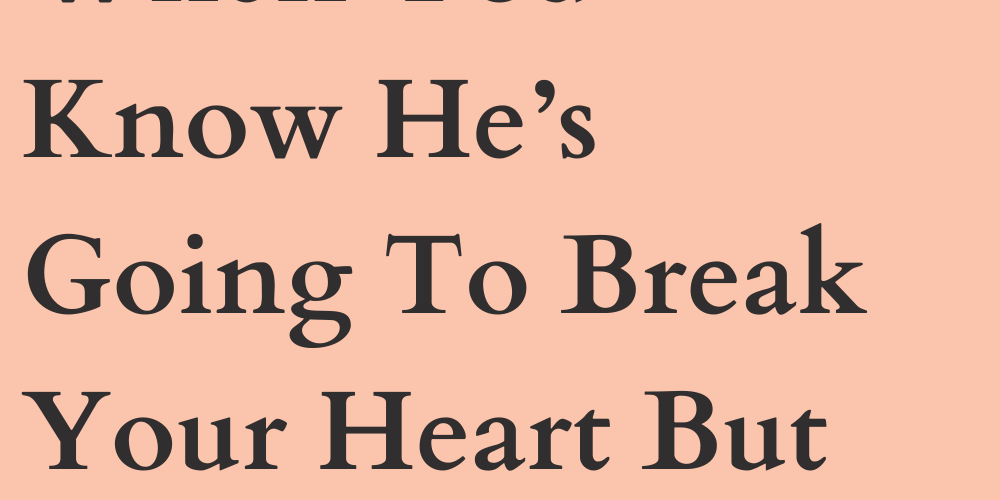 Sometimes, you never see your heartache coming. It catches you completely off guard. And other times, you can see it from miles away. You know the relationship isn’t going to end well, but you can’t help yourself. You end up chasing after someone, even though it is pretty much guaranteed they are going to break your heart. Even though you cannot picture a reality where this ends well for you.

When you know he’s going to break your heart, but you chase him anyway, no one can talk you out of what you’re doing. Your friends could give you a million warnings. Your gut could do the same. But you aren’t going to pay too much attention to what could go wrong. You aren’t going to let yourself think too far ahead. You’re going to live in the moment, do what feels right today, instead of preparing for what might arrive tomorrow.

Even when you see your heartbreak coming, it still stings. It still puts you in a rough position. It still makes your chest ache, your stomach twist, your heart sore.

It’s not easy to get over someone, even when you’ve been preparing to get over them in a while.

When you know he’s going to break your heart, but you chase him anyway, you’re left kicking yourself in the end. You’re left wondering why you ever thought it would be a good idea to get involved with him. You’re left wishing you would have thought the situation through more, that you would have been more careful with your heart.