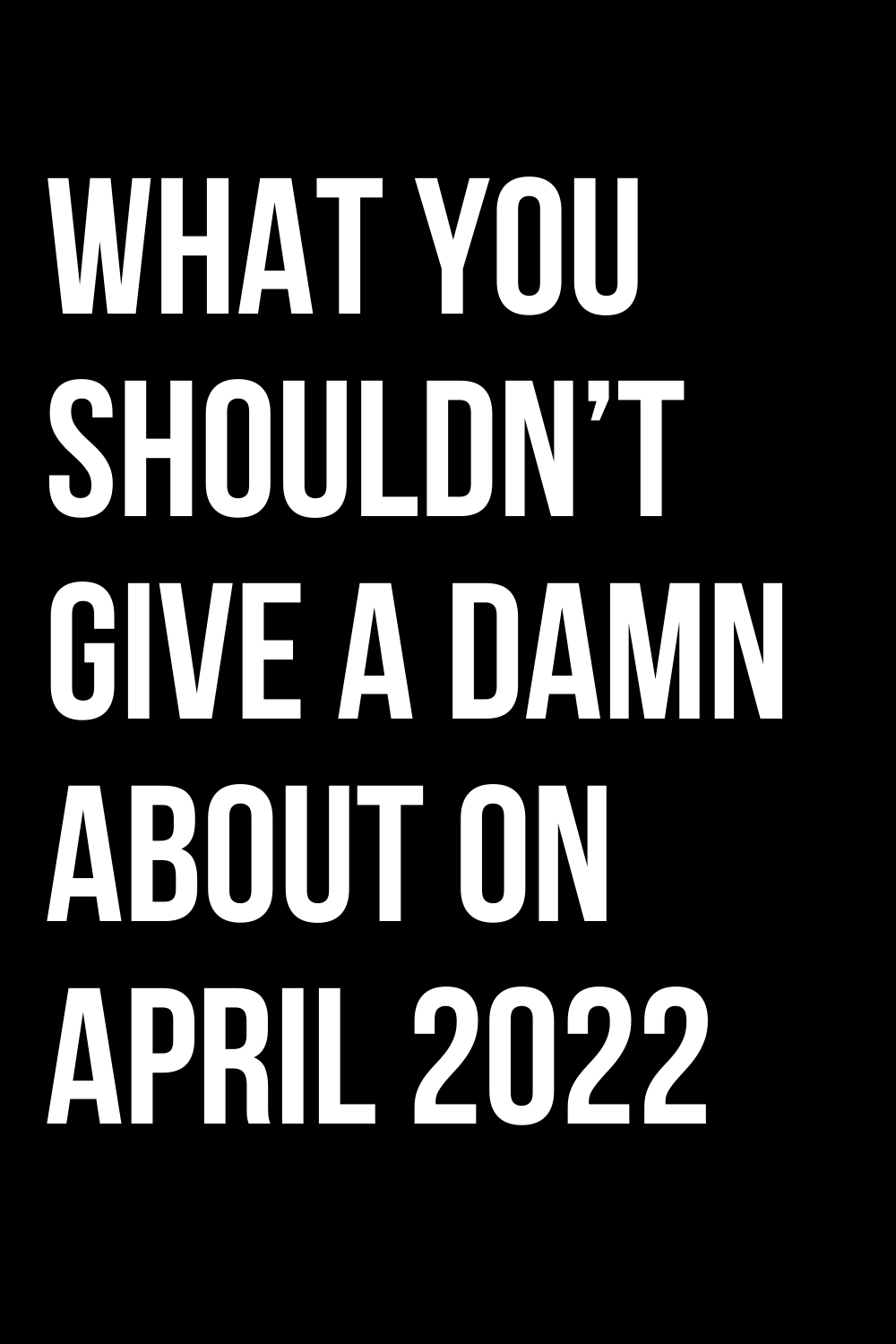 What You Shouldn’t Give a Damn About on April 2022

How long it has been taking you to reach your goals.

Whether your friends and family approve of the path you are taking.

The amount of time you spend alone.

Toxic people from your past who do not deserve your attention anymore.

Whether you end up embarrassing yourself in front of your crush.

How many milestones you have reached by this age.

How many likes do you get on your latest selfie?

Friends who only come around when they need something from you.

Whether you are falling behind the rest of the students who graduated with you.

People who could not care less about you.

What is going to happen to you in the future?

How many matches do you get on your dating apps?