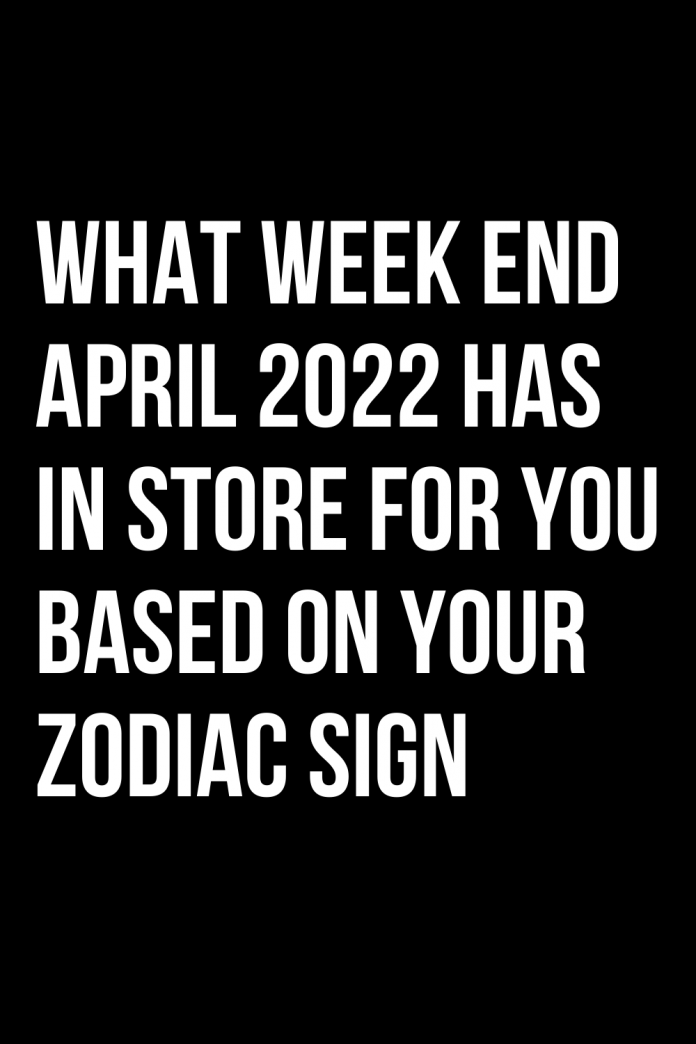 This weekend, you are going to get blackout drunk with your friends. You’ve been talking about how badly you need a vacation, a break, a release — and you’re going to get one.

This weekend, you are going to get stuck doing something you do not want to do, but it’s up to you how you react to the situation. Try to make the most of it. Try not to keep coming up with worst case scenarios inside your head and smile through the day instead, because it will be over soon.

This weekend, you are going to feel like you are taking steps back — but you cannot give up. You cannot stop moving. You have to keep trying, because even though it feels like your hard work isn’t doing any good, it will eventually pay off.

This weekend, your luck is going to turn around. You are finally going to break out from the funk you feel like you have been stuck in for so long. Things are going to look up. They are slowly but surely going to get better.

This weekend is going to be emotional. A lot of different thoughts are going to run through your mind. There are going to be some tears — but some of them will be happy tears. Tears of relief. Tears that will wipe the slate clean.

This weekend, you are going to be cooped up indoors. You are going to have a lazy day. You are not going to get everything done that you had planned, but that is okay. Sometimes you deserve a rest.