Once Aries enters a relationship, they are in it one hundred percent. He will go out of his way to make you fall crazy.

He will go out of his way to show you how much he cares about you.

The more he invests in your relationship, the more he will be afraid that you will not return the favor.

He may start to pull away after a while because he is afraid of losing you.

He has a hard time fully engaging with you because he is afraid that you will lose interest once he shows you how much he cares.

That’s why he can behave weird every now and then and say you let him down.

You’ve probably already figured out that you’re dating the most stubborn star sign of them all.

Once a Taurus has decided something, it’s hard to reason with them.

No matter how many times you reassure him that you are very interested, and really, deeply in love, and that you are not going anywhere, he will still doubt it.

Gemini is a fun, and sociable creature, which is why it’s no wonder their biggest fear is boredom.

He gets bored easily and falling into a rut because of a relationship is the worst case scenario for him.

For him, being in a relationship means growing together, socializing with other people, and doing something fun and engaging every now and then.

This doesn’t mean that you have to be the only source of entertainment for your Gemini boyfriend, it’s just a warning to make the effort to be less passive and be more interested in new things.

The Cancer man is truly self-aware.

It is he himself who will admit that he has invested infinitely, that he has made too much effort, that he hoped too much from his last relationship and that he is afraid of making the same mistakes. again.

The Cancer man is very emotional and isn’t afraid to show it.

Once he’s in a relationship, he gives one hundred percent to the point of overdoing it.

Your Leo boyfriend will be gesturing, taking care of you, and making you feel special.

But, he likes the spotlight, he’s bossy, and he’s well aware that he has a huge ego.

He is a born leader and he will definitely be the dominant one in your relationship.

He likes to have the last word and make all the big decisions – as well as the small ones.

His ego is the very thing that scares him.

He is afraid that you will not see his love because you might think everything has to revolve around him.

Don’t worry, her lionheart has enough room for both of them.

While Virgo’s analytical skills will come in handy in his career, they are the one thing that can ruin his love life.

The Virgo man is constantly analyzing all aspects of the relationship and usually gets stuck on the parts that are malfunctioning.

He tends to create problems where there aren’t any and he knows it, which is why his deepest fear is that his analytical and sometimes nit-picking ways will push you away.

Despite being one of astrology’s most perfect boyfriends, the Libra man can be picky.

Well, he’s not literally wasted, he just needs some time alone or with friends.

You see, when a Libra man starts to feel too much for you, it scares him the hell out of him, so he runs to his friends to avoid losing himself in his love for you.

If you’re in a relationship with a Scorpio, you’ll realize soon enough that the only rate at which your relationship will progress is slow – very, very slow.

The aspects of the relationship will move quickly, however, while he is the most passionate sign of the zodiac, it is his emotional side where he struggles the most.

He’s worried that by the time he manages to open up and let you in completely, you’ll have lost interest.

So support it and show your Scorpio that it’s worth the wait.

Sagittarians don’t get into a relationship easily, so if you’re in a relationship with one of them, there must be something very special about you that made them want to commit.

His biggest fear is that he will harm you unintentionally because, even though everything is fine and he’s great in the relationship, he’s afraid that one day it won’t be enough.

He is afraid that his thirst for adventure will drive him away from you.

He just needs to see that it doesn’t have to be either; you can simply accompany him on his next adventure.

The Capricorn man takes relationships seriously. He is not having fun and leaves nothing to chance.

If he says he’s only yours, he really means it and will invest his whole heart and mind to prove it.

This is why your Capricorn boyfriend’s deepest fear is that you are not as serious in your relationship as him.

He is afraid that all of his love and efforts will be wasted if you don’t both want the same things.

You will feel more like yourself when you spend time with your Aquarius boyfriend than when you are alone.

It has a special power of making you feel accepted and comfortable in your own skin which is just amazing.

You are not going to love him only, you will love yourself more each day you spend with him, because he will show you how special, unique and adorable you are.

It is normal that he wants the same acceptance and that he is afraid of not getting it.

If he feels that you want to change him or take over his private space, it will cause huge problems in your relationship.

He always feels so much more than he lets you see.

Pisces have an idea in their mind that a man shouldn’t show his vulnerable side to anyone, not even the woman he loves.

So he keeps everything inside.

Naturally, her greatest fear is that you will mistake her feelings for weakness.

He doesn’t want to appear clingy or anxious if he is openly showing his love.

He’ll likely hold back early in your relationship and loosen up as things move forward and feel more secure about your feelings for him. 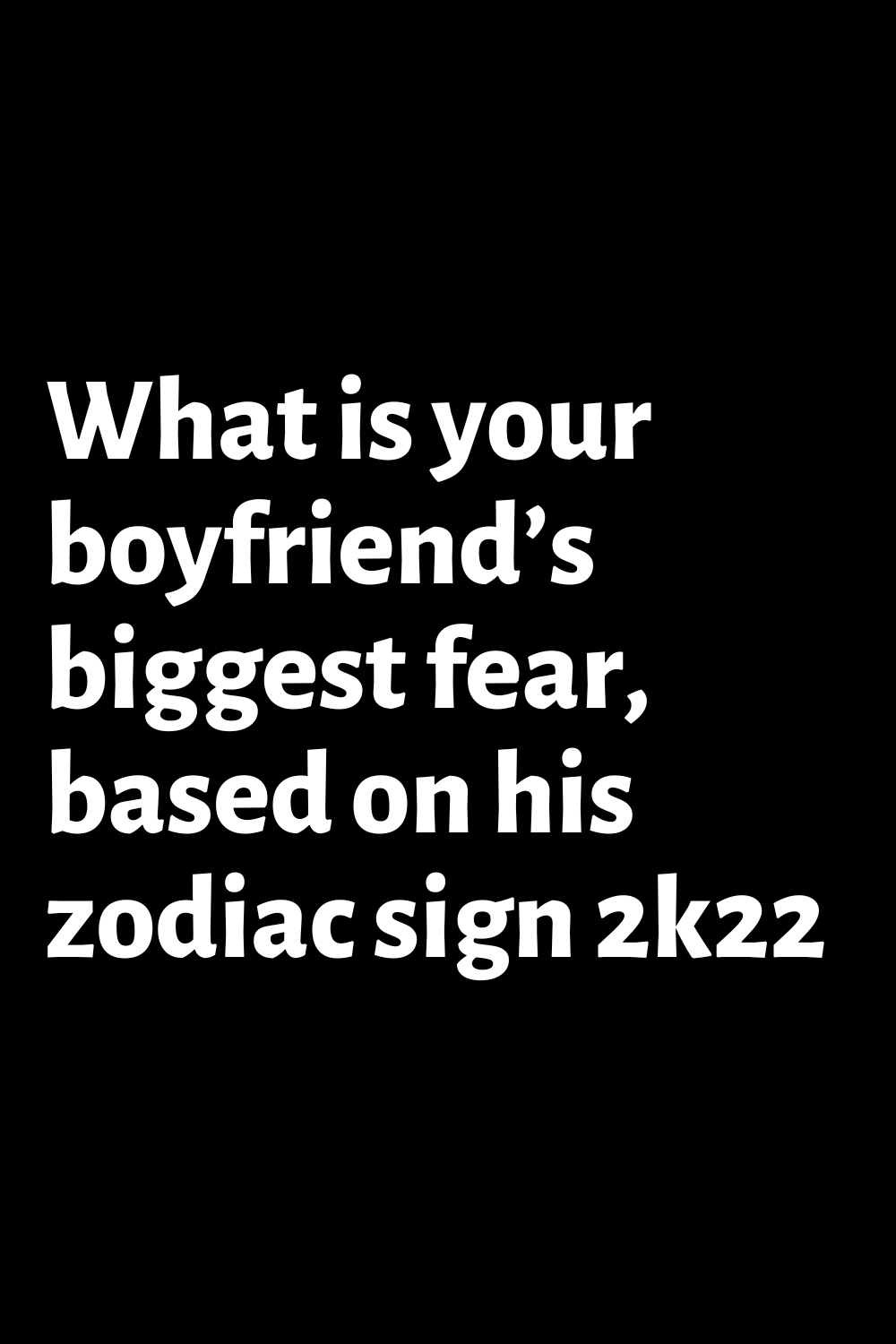