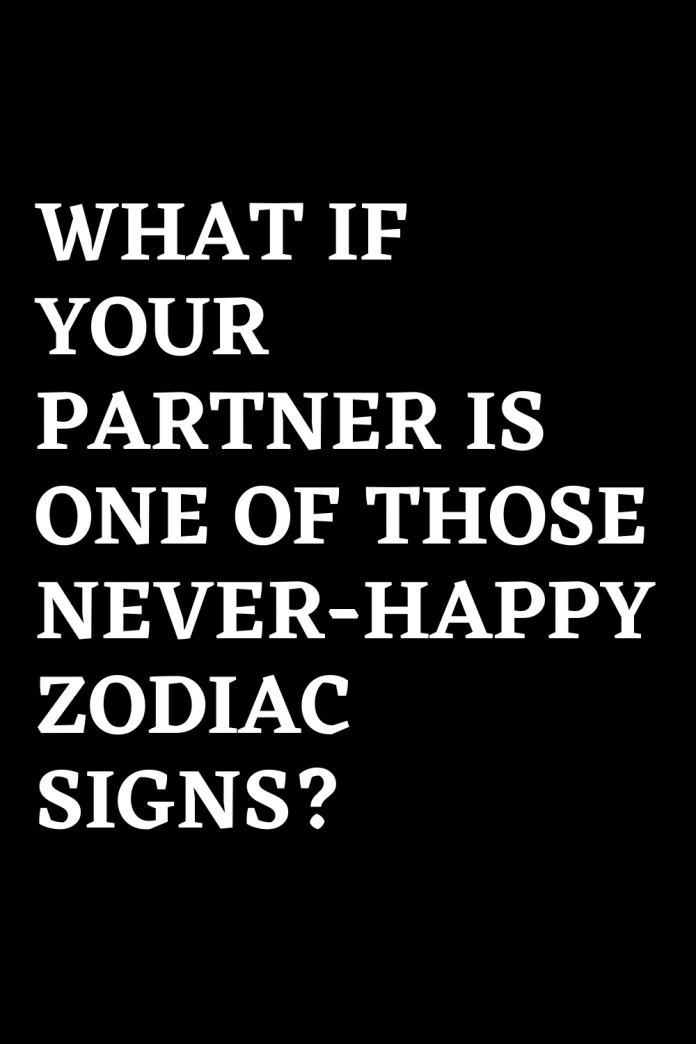 A stifled sigh, gazing at the sky and no consideration of what you say: hey but isn’t it that you are with one of the most melancholy zodiac signs of the horoscope, by any chance?

Melancholy, of course, isn’t something fun, is it?
If you’ve ever tried it, you know how it can be an unpleasant companion. It forces you to feel sad and detached from others, unable to have fun.

The most melancholy zodiac signs of the whole horoscope: here is today’s ranking

Okay, okay, we know: being melancholy does not necessarily mean being a complainer (although, a little, you have to admit that you can be). We certainly didn’t want to offend you!

When it comes to melancholy, though, it’s always best to know in advance how immersed the person you like or with whom you are together is.

You certainly cannot be enthusiastic and happy with everything if there is someone near you who never misses an opportunity to feel sad and forlorn!
For this reason, therefore, we asked the stars and planets to tell us which are the five most melancholy signs of the zodiac. Hey, it’s not like you’re in the rankings too, are you?

Well yes, dear friends of Leo, don’t make that shocked face. Underneath (to be precise, we mean under your arrogance and ease) melancholy also hides in your soul. And what kind of melancholy!

Those born under the sign of Leo are people who tend to mythologize past loves and often end up living in the shadow of relationships that seem to have dried up all their love for life. Love? Ah, for Leos it’s practically impossible!
(Until someone comes to shake them from their torpor which we can say is a little artificial).

Even those born under the sign of Libra are particularly melancholy people … but only when they want it!
Dear Libra, is it true or not that you are a person full of vitality, desire to do things, and sociability? So how is it possible that you are also present in the ranking of the most melancholy signs of the zodiac?

Simple! Libra knows that a hint of melancholy is what it takes to become even more mysterious and interesting in the eyes of others.
They can’t help it if they’re melancholy – they’ve learned by now that it’s the best way to draw attention to a side of them that many people refuse to see!

Dearborn under the sign of Cancer, you too do not joke about melancholy, right?
Cancers are the real definition of a heart that is always ready to bleed: they have many problems (real or imaginary) and when they do not have them they suffer for those of others.

It seems they can’t do without it! Cancer is often a melancholy or melancholy sign. She loves looking out the window during rainy days and wrapping blankets around her shoulders that simulate the embrace of someone who isn’t there (perhaps because she doesn’t exist). Cancers are like that, sometimes you have to let them brown in their melancholy: it’s the only way they have to feel like adults!

Those born under the sign of Pisces conquer by right, or almost, the second position in the ranking of the most melancholy zodiac signs of the horoscope. Ask Pisces to be there and to talk to you when they have even the slightest problem: it’s practically impossible!

When something occupies their mind, Pisces abstract themselves from everything, ending up being melancholy and not very participatory.
But they can’t help it: being melancholy is really in their nature! Accustomed as they are to being subject to mood changes based on the weather or the tone of voice of a person they may not even know, Pisces are true melancholy.

If you are dealing with them, we must warn you: Pisces do not like to be reproached for being melancholy, far from it! Avoid embarrassing them or noticing their absent-minded attitude: otherwise, they could be very angry!

Capricorn: first place in the ranking of the most melancholic zodiac signs

At the top of our ranking today, there is a real surprise: but how, would Capricorns be the most melancholy signs of the zodiac? The answer is an absolute yes!

Unfortunately for Capricorns, living with the past and always trying to look to the future are two traits that do not harmonize very much. Capricorns, however, are like this: they are always striving for the new, for the future that is coming, and for what is exciting in the world because they suffer too much to think about the past. The opportunities left behind, the relationships to be repaired, the choices made and which cannot be changed now… it’s all too much for them!

Capricorns are people who live in real melancholy, even if they try to fight it as much as possible.
For this reason, they often fail to express their feelings: there are so many “inline”, that they have to leave as soon as possible, that Capricorns are simply overwhelmed!