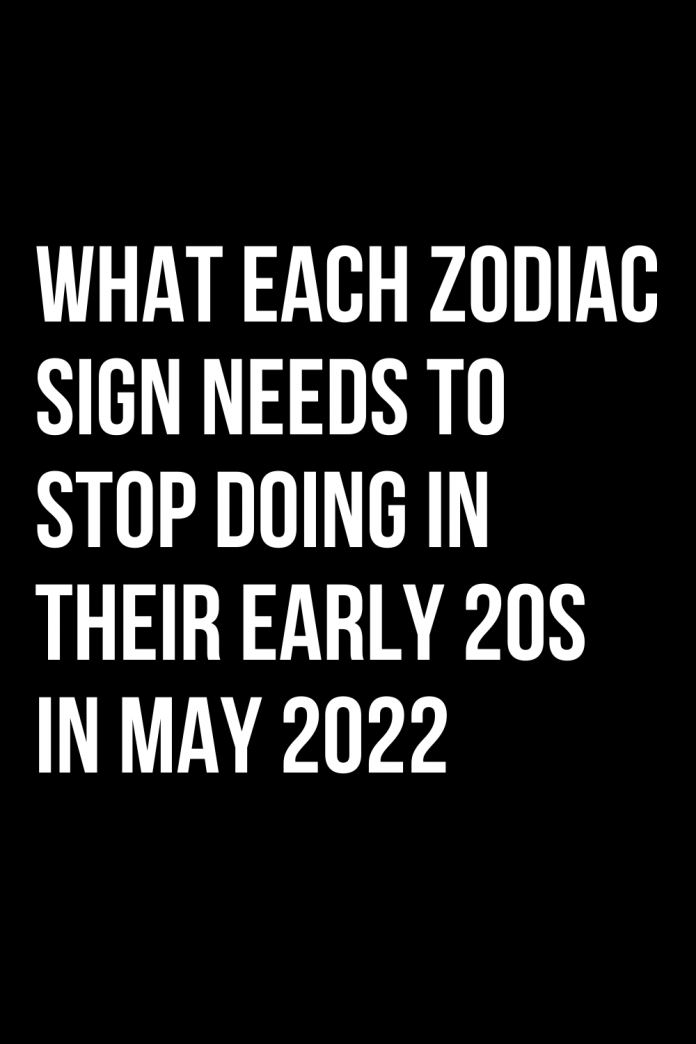 The moment you think of something, you almost always want to do it immediately. This desire is only beneficial during the times that you’re encountering a crisis in your life, but not advisable when you’re just simply bored. Some decisions need to be pondered upon for more than a night. Stop making impulsive choices from time to time. Every action that you do has a ripple effect. And you might not want to arrive in the future with huge regrets.

Difficult people give you a headache. You’d rather want to punch yourself in the throat than deal with them. But the sad news is, you can’t avoid them forever. They crowd the earth like ants. You just have to learn how to play with them when it’s necessary. Stop running away from situations or people that you are indifferent about. Remember that you grow best by facing and overcoming things that make you feel uncomfortable.

You feel stuck so easily. You’re so full of energy that you always experience the urge to keep moving and be in different places. You have to understand that, sometimes, you need to commit to something for a long period of time if you want to have a comfortable future. Patience is imperative in your twenties. Stop fantasizing about starting all over again in a new place every time you’re uninspired. You’ll never feel like you’ve made enough progress in your life if you continue doing it.

Being able to control your emotions is something worth considering to work on in your early twenties. Stop letting your feelings take over. Your relationships with people around you will infinitely improve once you begin to understand why people behave and act the way they do. Recognize that how people treat you is a complete reflection of them and how you respond in return is a complete reflection of you. Just do what is right, kind, and fair, and you will never look back regretting a thing.

No one’s going to give you free food forever. No one’s going to offer you a rent-free apartment. You have to bust your ass like the majority of functioning adult in this world. Stop being lazy and expecting that things will be handed to you like a birthday cake. Roll your sleeves and do some work. Prove to people that you can give value to them. And then ask what you think you deserve. That’s the simplest way to navigate this decade of your life.

We all know that you’re intelligent and strong and independent. But just so you know, it’s okay to ask for help sometimes. There’s a strength in asking someone to explain to you a task that you haven’t fully understood yet. While it’s true that Google is a helpful tool to answer most of your questions, there are still few things in this world that can’t be found on the web and can only be taught by a person. Stop being hesitant to seek for support when your sole intent is to get the work done correctly. Remind yourself that a smart person is never ashamed to search and find knowledge.

Some of your problems aren’t going to be solved by simply ignoring them. Stop fearing your demons. You have to be brave enough to look them in the eyes and take their power away. Let the whole world know that just because you’re soft doesn’t mean you’re weak. You have the capacity to grow a thick skin and resilient heart in your twenties. And the first step to do that is to wake up the warrior that is sleeping inside of you.

Instead of wasting your time being jealous and insecure about someone, why don’t you actually do something to improve your situation? You can’t reach the top by wishing to be like somebody else. Stop looking at what they’re doing and just focus on your goals. Stay in your own lane. You’ll get to where you want to be in your own time. Life is boring to be in a race with someone.

Just stop giving out promises, okay? You will only disappoint people when you give them something to look forward to and you fail to fulfill it. Enjoy the moments that you spend with them. Tell them how much you love and appreciate them. But don’t promise tomorrow to them. Because circumstances change, everyone changes, and you never know what’s going to happen after today.

Capricorn, listen up, here’s a mantra you should recite to yourself once in a while: you don’t know everything — and that’s okay. Stop trying to be the best out there. You are doing just fine. Your competitiveness and practical approach in life will eventually bring you success. Don’t worry about pleasing everyone. The people who truly believe in your abilities will support you and will be there with you no matter what.

You are a big-hearted person until someone crosses you. As an Aquarius, you need to control your temper. Stop snapping at people so quick the second they piss you off. Breathe for a minute. Think of the consequences of what you’re about to do. Being angry is just going to drag you down. There are productive ways to release all your stress and tensions other than screaming at people or making a spiteful comeback at them. Sometimes you just have to let go, ignore, and walk away.

It’s impossible to avoid criticisms, they’re everywhere. Some people will always find the time to say something about you. Stop obsessing so much about making sure everyone likes you — it’s not worth the hassle, I promise. When you live your truth and only your truth, you will eternally feel lighter. So go ahead and follow the wishes of your heart. Make the decisions that you believe is good for you. Move somewhere you feel like you belong. And never let a word from anyone get under your skin.