The thing about Aries is that they don’t really think. If they want to kiss you, they’ll press their lips against you the second that the idea pops into their head. They won’t waste any time. There’s no sense in trying to figure out if they want a kiss, because they’ll immediately make a move.

When a Gemini likes you, they’ll tease you. They’ll sit shoulder-to-shoulder with you and then turn their body away. They’ll make you think that they’re going to touch your waist and then pull their hand away. But don’t worry, because all that teasing means they’re secretly dying for a kiss.

If a Cancer wants a kiss, they’ll pay you a genuine compliment. They don’t want to settle for getting close to you physically. They want to get close emotionally, as well. That’s why they’ll act like a total sweetheart. They’ll seduce you with their words.

When a Leo wants to kiss you, they’ll primp themselves. They’ll run a hand through their hair, adjust their sleeves, and apply Chapstick. They’ll make an effort to look as kissable as possible, because they think they can seduce you with looks alone.

When a Virgo wants a kiss, you might catch them fidgeting with their hands or shaking their leg. They have a habit of overanalyzing every situation they’re in, which is why they get so nervous. They want to kiss you, but they’re not sure if you feel the same.

This sign is known for their flirtatiousness, so a little banter doesn’t mean a thing. You need to ignore their words and pay attention to their body language. Have they been checking you out? Are their eyes flicking from your lips to your eyes? Then they want a kiss and aren’t just playing around.

When a Scorpio wants a kiss, they get physical. They won’t hesitate to lean in close to you as they talk or place a hand on your thigh. They’ll touch your body in any way that they can to see how you react before going in for the kiss.

This sign is honest. If they want to kiss you, then they’re going to make a straightforward comment about how attractive you are or how soft your lips look. It isn’t hard to figure out how they feel about you, because you can read it on their face.

Capricorns don’t like PDA. So if they really want a kiss, they’re going to find a way to get you alone. Maybe they’ll invite you over to their apartment. Maybe they’ll pull you aside at a party so you can talk in private. Either way, they’ll try to get you into a one-on-one conversation.

Even though they’re creative, they’re also fans of clichés. So when an Aquarius is ready for a kiss, you’ll feel like you’re in the middle of a movie. They’ll take you to the top of a Ferris wheel or to a hotel balcony. They’ll hold your waist or brush a strand of your hair back. They’ll do whatever they can to set the mood.

When a Pisces wants to kiss you, they’ll try to impress you by joking around with you–of course, they joke around with everyone. That’s why you have to look out for little things, like pregnant pauses in conversation and extra long glances. The tension will give their feelings away. 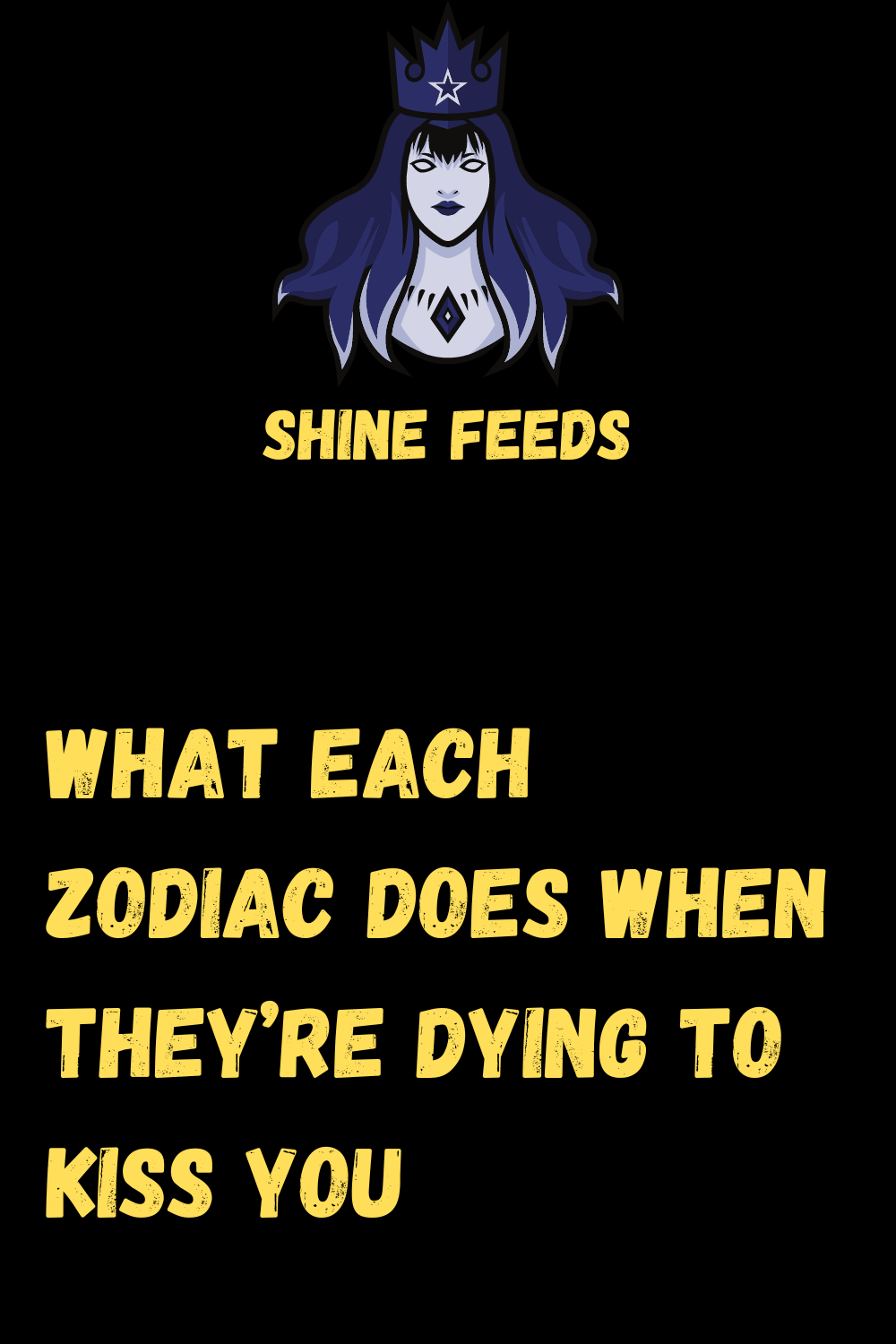 HOROSCOPE: DO YOU LIVE BETTER AS A SINGLE OR AS A COUPLE?