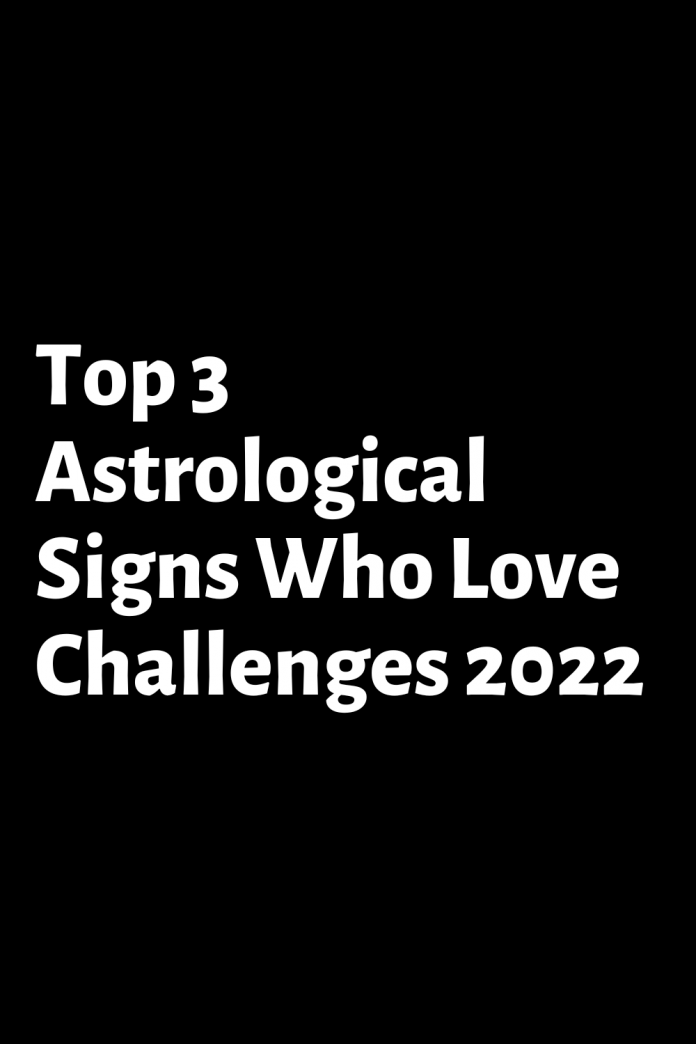 Capricorn loves everything about competitions and challenges. It is at the level of their work that they like to compete the most, because they believe that they are a real beast at what they do and that no one can be better than them.

They don’t have a problem playing smart to get what they want, but they still have limits that they respect. They love challenges in life because they just hate being stuck in a routine.

When they have problems and challenges to solve, they feel like their blood is flowing through their veins faster.

It gives them the adrenaline rush they so badly need and they feel good about themselves.

They love to win at all costs, but when they fail to win and they fail, they don’t care that much.

Instead, they find a new challenge that will occupy their minds, allowing them to forget all the times they haven’t won at this game we call life.

Leo always has a goal in mind and they always crave success. If you thought a Leo could ever admit that someone is better than them, you are wrong.

Leos love competition and they love to be challenged because they love to win and when others are in worship in front of them.

In fact, the opinion of others is the most important thing to them, even if they will never tell you that it is.

The praise that people around them give them for achieving their goals, is what nourishes their soul and they need it all the time.

But, most importantly, they are very smart and solving problems is never an impossible task for them.

Leo loves a challenge, both in private and in professional life, and he loves it when he feels like he has control over everything.

Aries loves competition and is quite strong in it. If you want to compete with the Aries, know that they will use whatever means necessary to win.

They like the challenge of trying new things and seeing if they are good at a certain area.

Even if they don’t get it right the first time, they won’t stop trying and they will do their utmost to be the best in whatever area they want to be.

On the other hand, Aries never does anything wrong to achieve their ends. This is also why Aries will never compete or face challenges with the people they care about because they don’t want to hurt them.

On the other hand, when they don’t like a person, they will do anything to beat them at their own game and make them regret having been born.