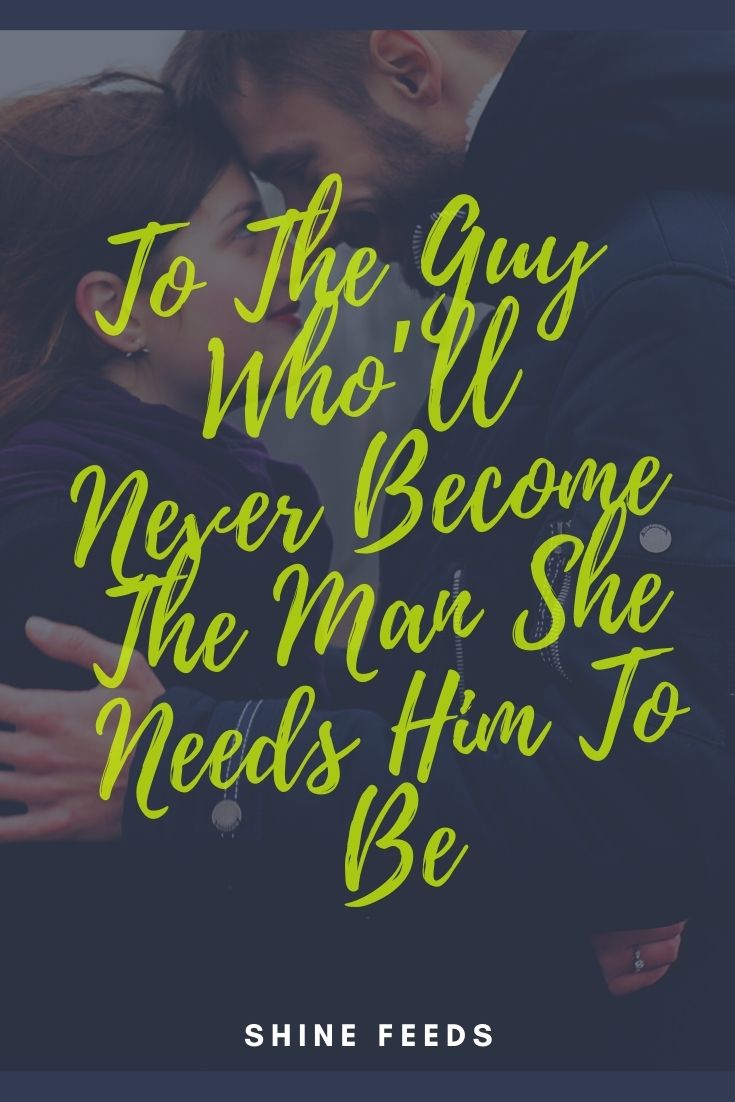 The truth is that this girl didn’t actually fall for you when she first met you— she fell for your potential .

She fell for all of your lies and deceptions and for everything you swore you could become.

She fell for the guy she’d hoped you’d grow into, for the man she needed you to be.

Don’t get me wrong—this doesn’t mean that she wanted to change the essence of who you were.

She was just there to push you forward, to believe in you and to inspire you to become the best possible version of yourself.

She just wanted you to grow up and to become a mature man who knew what he wanted from life.

This girl wanted nothing more than for you to get your sh*t together. For you to take your life into your own hands and for you to finally come to your senses.

She needed you to be the man she deserved to have by her side.

It doesn’t mean that she needed you to be her hero or rescuer. She never needed you to guide her through life or to fix her in any way.

You see, this girl is strong and independent and she just wanted an equal partner.

Nevertheless, you could never become that man, despite all of her dreams, hopes and efforts.

You could never become a real man who knew his priorities, who was ready to commit to just one woman and who could give himself completely to that woman.

It is more than obvious that all of this time, she lied to herself that you were way better than you actually were.

She lied to herself that you were the one because she wanted to see the best in you and because she believed that you could improve.

All of these years, she waited for a change that would never come. She prayed that one day, you’d wake up, see your mistakes and take responsibility for your life.

That one day, you’d understand that she deserved much more than someone who wasn’t loyal or reliable.

That she deserved more than being in a relationship in which she felt alone and always as your second choice.

She prayed that one day, you’d snap out of it and that you’d grow into your potential.

Nevertheless, that day never came. You remained the same jerk you’d always been without any sign of personal progress.

And finally, she had enough. She walked away from you, giving up on the idea that she could ever save you.

She left you, realizing that you were damaged beyond repair and that she was only hurting herself by staying next to you.

She realized that she wasn’t this superwoman who had the capacity to open your eyes and make you see the reality.

That her love couldn’t change you unless you did it yourself.

She finally saw that she was wasting her energy on someone who was actually dragging her down with himself.

That it was about time she focused on herself and that she had to move on with her life, without you in it.

So please, for once, be the bigger man and let her go. You know very well that she did more than enough for you and that she did her best for your relationship to work out.

Don’t give her all those false promises that things will be better soon enough when you know very well that these are all lies.

Don’t get her hopes up that you’ll eventually change when you are very well aware that you’ll forever remain the same.

Let her walk away and find a man who will deserve her love.

A man who will give her everything you couldn’t or didn’t want to give her.

A man who will make her happy in all of the ways you couldn’t.