Everyone has the ability to manipulate others to get the things they want. While some may say that they would never manipulate anyone, it is clear that we all do it, consciously or unconsciously, every now and then.

But not everyone manipulates in the same way. Because people have different manipulative characteristics. And if you want to know what the manipulative side of you or your partner is, you should take a look at the stars. Astrology can give you information about this.

Capricorns use their knowledge and skills to get their counterparts to do what they want. When a person feels stupid and needs guidance, they can get them to follow their plan. When someone feels able and strong, that person is better able to face Capricorn and say no. This zodiac sign weakens other people’s self-confidence and manipulates them in this way.

Aquarians are ghosting lovers, and that’s pretty manipulative. In a minute they will be there and answer your messages on time and then suddenly there is complete silence. This can take a while. With an Aquarius, you can find yourself feeling pretty desperate at times and try anything you can think of to get your Aquarius back on. Aquarius will then already have you where they want you. However, you may not even be aware that you have been manipulated.

Probably the most manipulative of all is the fish. Because Pisces take no responsibility for their actions. It’s not their fault that something happened or that someone upset you. Fish were just doing their thing and lost in their minds. Sometimes it feels like Pisces don’t believe that they have to be responsible for anything because they are so creative and special. And that can be pretty frustrating!

If your zodiac sign is Aries, you are manipulative in the sense that you are relentless and don’t want to give up – at any cost. You are persistent and confrontational, so don’t worry about being seen as pushy. Aries doesn’t care as long as it gets them what they want. He may hide his intrusiveness behind his smiles and funny comments, but don’t be fooled because an Aries won’t stop until you do what he wants.

You can play the victim, tell your fellow human beings your terrible story or say nothing at all, but as a Taurus you often look like you have been banished from the world. You are one of the strongest people and you know how to get back on your feet. If you do play the victim card, however, it is likely to be used to manipulate others and get what you want.

The most manipulative thing Gemini do is spread things about others. In other words, they are lying. One can rationalize their lie and say it is for the common good and there are no other options, but they also clearly use the lie to manipulate others. Geminis can say that they are going to do something and have absolutely no intention of doing it, or they can say that a situation is bad when in reality it is not.

Cancer catastrophicizes things and turns a mosquito into an elephant. He doesn’t lie or play the victim. It just makes things seem worse than they are. He’s not just sad when the partner breaks up with him. He is devastated and convinced that he will never find love again and that his life no longer has any meaning. Anyone who witnesses the heartache of cancer will do everything to make them feel better.

The most manipulative thing the Leo does is to minimize its behavior. Leos are confident, but sometimes they force their egos to do things that can have negative consequences for others. If Leo does something that is a gain to him and a loss to another, he will portray it as being beneficial to both.

Virgo is indirect when it comes to their needs and wants. She doesn’t always come out and say what she wants, but she does drop hints and make vague, passively aggressive suggestions that make other people think they had the idea all on their own and had nothing to do with Virgo. It’s smart, but kind of sneaky.

When Libra manipulates they pretend they don’t know how to do something or don’t have the skills to get someone else to do it for them. Sometimes the Libra adds charm and flirtation to the mix for even better results. When asked to do something, she pretends to have no idea what you are talking about.

The most manipulative thing the Scorpio does is to indirectly warn you not to act against them. You could lose them from your life if you don’t go along with what Scorpios have planned. It’s no different than emotional abuse and bullying. Any secrets that you have entrusted to your Scorpio in the past may no longer be considered confidential, and he could make them public if you rebel against him.

The most manipulative thing Sagittarius does is be too nice. You might be wondering how being too nice can be manipulative, but it’s the fact that they’re extra nice to get a result. And mostly they get what they want from you this way, even if you try to stick strictly to your own will. 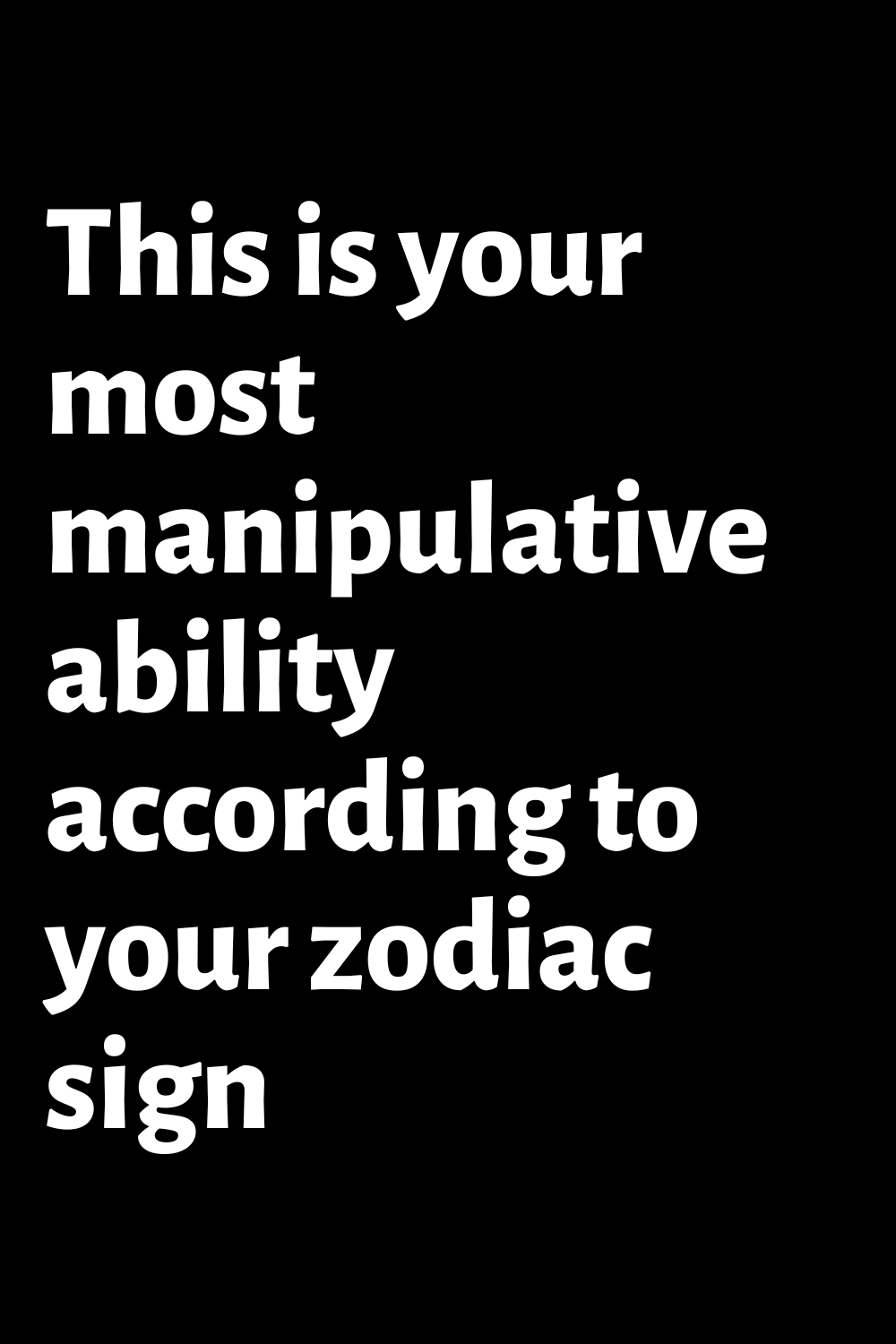 PERFECT APPETIZER? FIND OUT BASED ON YOUR ZODIAC SIGN

THESE ZODIAC SIGNS HAVE MORE THAN ONE PERSONALITY

Signs That Lose Opportunities Due To Their Indecision 2022