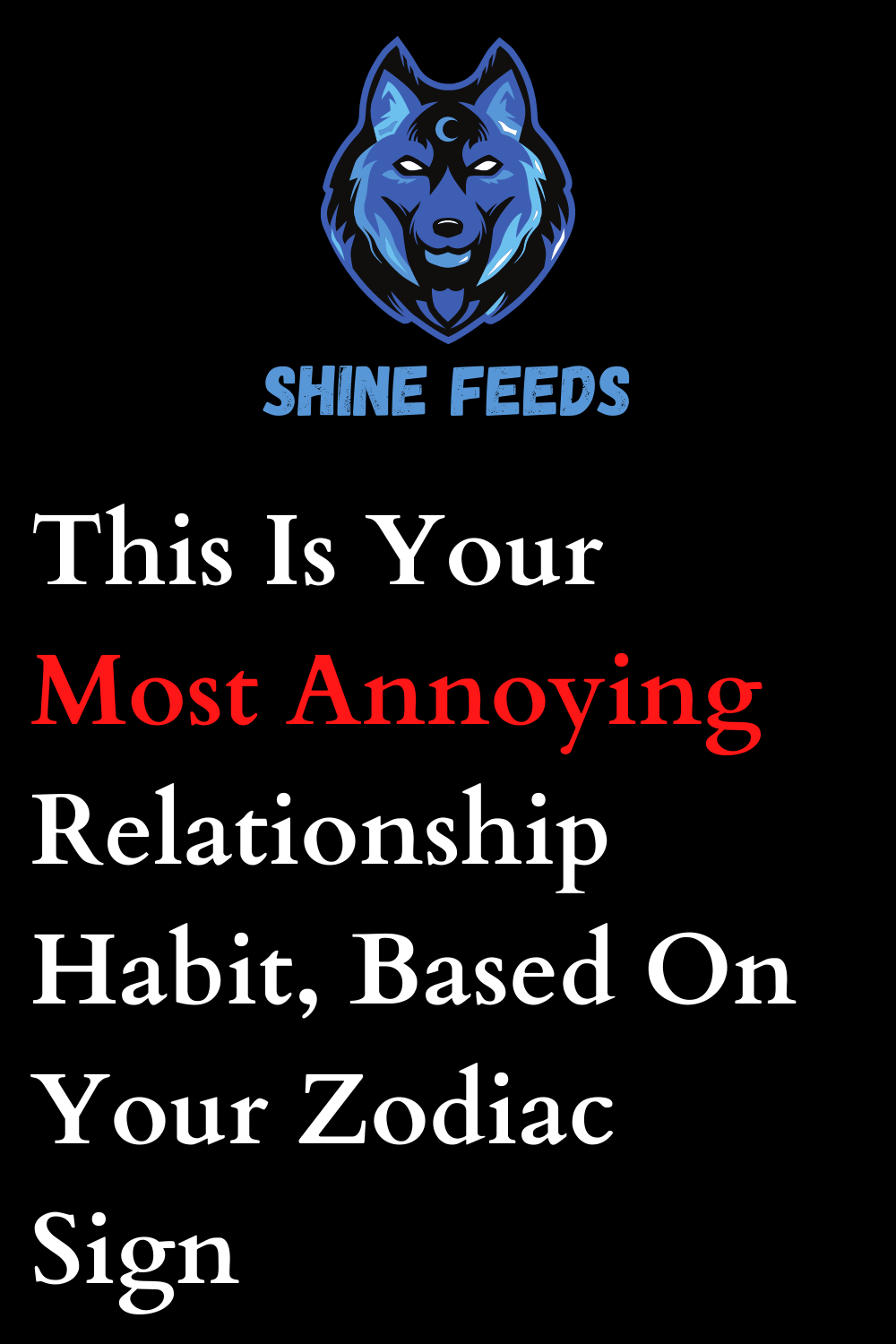 You can’t seem to keep your hands off your significant others- and you don’t care who knows it! While it’s sweet that you’re so excited, it can come off as a little much to those around you. You aren’t too concerned with how you appear, and you can get defensive if others make any comments about it.

Though you might seem reserved when first meeting someone, you switch gears once you’re actually in a relationship. You let your walls down and can be clingy, which can be off-putting to your partner if they prefer space. You aren’t possessive but you do want quite a bit of their time, and their friends and family (along with yours) find this frustrating if you never hang out with anyone else.

Gemini: Not wanting to use labels.

You have a reputation for being two-faced, but that isn’t actually your annoying habit. You like to keep your options open, and while you may be fine with being exclusive with someone, you hesitate to put labels on your relationship. Whether it’s because you’re scared or just uncertain, it’s annoying when you act like you’re dating someone but refuse to call them your significant other.

Cancer: Discussing a future too quickly.

You have a habit of wanting to jump the gun, and it shows. While you aren’t afraid to commit to someone and you don’t like games (which is refreshing), you also tend to want to plan out your future with the person even if you haven’t been dating long. You tend to push conversations that are meant to get your partner to answer questions on where they see your relationship going- which isn’t bad to do, except you aren’t subtle and you usually are planning the wedding and naming your kids before you’ve even dated a month.

Leo: Comparing your relationship to others.

You don’t settle when it comes to dating, but you do have a bad habit of comparing your relationship to others. You want your relationship to be the best, so when you see others committing sooner, being more romantic, or seeming to be happier, you get envious and strive to make your relationship look like what you see. Though you can be self-aware of this, if it goes unchecked then you can end up making your partner (and your friends) miserable constantly talking about it.

Virgo: Never admitting you have a relationship.

Virgos are notoriously known to take their time to open up, but even when they do, it’s on a tentative basis. Things might be going well, but you pretty much keep your relationship private until you’re putting a ring on it. While there isn’t anything wrong with keeping your business private, you can make your partner feel like you’re ashamed of them, or that you aren’t really that serious- and it can be extremely annoying, especially if your friends and their friends know you’re together, you just refuse to admit it unless asked.

Libra: Posting everything on social media.

When you’re in a relationship, you want everyone to know- and I mean everyone. You fill your feed and timeline with photos and posts of your new beau with sappy captions, and while people may be happy for you, it can become a bit tedious after awhile.

Yes it’s a stereotype, but it holds weight. Though you love your partner, you can be a bit possessive of them when you’re serious about them. While it can be flattering sometimes, it can become exasperating for your partner when you get jealous at anyone who even looks at them.

Sagittarius: Accidentally flirting with everyone.

You are an excitable and sociable person- people tend to be drawn to you. Though you may only want to be with your partner, you have a bit of a flirtatious personality, and it can send some mixed signals to others (and to your partner). While it may be totally innocent, it can be extremely annoying for the person you’re with when you seem to be flirting with everyone else.

You like to be in control of things, at least to an extent. You can be fairly pessimistic about relationships, so when you enter into one you like to have the upper hand so that you feel comfortable in where it’s going. It can come across as domineering and even a bit aggressive at times- which may work with a calmer person, but it doesn’t make it any less annoying when it’s clear you won’t relax unless you feel you’re wearing the pants in the relationship.

Aquarius: Being overwhelming when you’re in a relationship (after being distant before).

Aquarius signs are given a bad reputation for being distant loners, but that can change pretty quick once you’re dating someone. Before, you may have been reserved and aloof, but once you start dating, you unleash all your emotions and thoughts on your partner- sort of like an emotional sounding board. While they may not mind being there for you, it’s frustrating to deal with that kind of whiplash unexpectedly from someone.

Pisces: Projecting expectations on your partner and getting secretly upset when they aren’t met.

Pisces are romantic daydreamers at heart, and tend to spend a lot of time thinking about what you want in a relationship. Unfortunately, you also have a hard time voicing your wants and needs- and you like to think the person you’re dating simply knows what they are because of how much they care about you. No one can read minds though, so it leads to a lot of disappointment on your end- and it can be annoying for your partner when you expect things from them but won’t communicate what those things are.