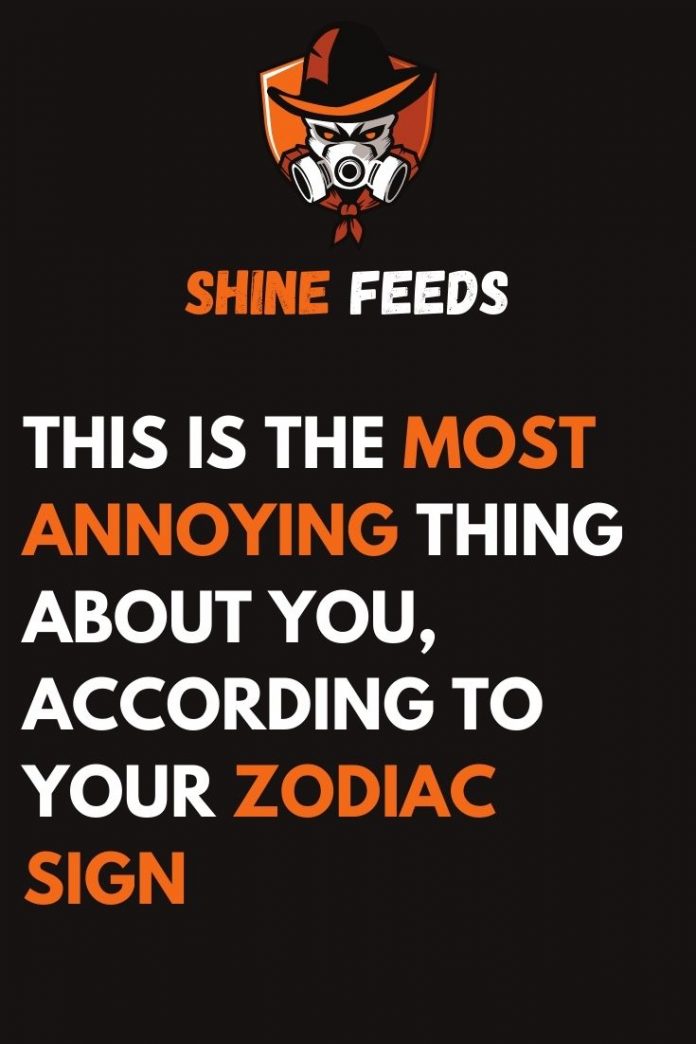 How to get a Aquarius Man fall for you

Many articles have been written to help people understand the positive qualities of their zodiac signs. But, it’s part of the nature of reality that where there are positive qualities, there are also negative ones. And it’s about time we dove into the parts of every zodiac sign we’ve grown to hate. I would suggest reading the following article only if you’re in the mood to make fun of yourself because just as a fair warning, it’s not very nice. It’s not meant to be nice, and if you have a problem with that, then you’re probably a whiny ass Cancer.

How to get a Virgo Man fall for you

Aries charge headlong into whatever they want without looking both ways, and they sure as hell do it without concern for the consequences of their actions. They’re selfish, immature, unconscious and rabid in their pursuit of what they want. Actually, it sounds kind of s*xy, doesn’t it? Well, it is until you see them eat a hamburger.

Taureans are slow, stubborn, lazy materialists with big necks and heavy feet. They’re greedy as hell, and they’d be happy sitting alone counting their money surrounded by all their useless toys like a grubby-handed toddler. Intellectual, abstract, spiritual matters are beyond them since they only care about what they can get their hands on, but that won’t stop them from preaching to everyone about how to live. They’re basically know-it-all idiots.

Geminis seem like they have a lot to add to a conversation until you realize they have — at best — a superficial knowledge about everything they talk about. They could seriously benefit from a little lesson in word economy, but that would blow their cover as some kind of scholarly genius. They’re full of nothing but hot air and useless opinions, jumping from one subject to another, regurgitating information they’ve heard before to appear interesting. In actuality, though, they’re very mediocre, shallow people with no real unique perspective or depth.

Cancers’ hyper-sensitivity makes it impossible for others to really tell them how they feel because they’re afraid of hurting your insanely delicate wittle feewings. They are the biggest cry babies in the entire zodiac, and they are in serious need of some toughening up. But, that’ll never happen because they’re usually too busy crying about what victims they are. If you’re still reading this through the tears welling up in your eyes, Cancer, then I’d also like to add you tell way too many stories about your friends to people who don’t know them.

How to get a Aries Man fall for you

Perfect strangers do not care what you and your pal Greg did when you were growing up in the marshlands of wherever.

How to get a Scorpio Man fall for you

Live in the moment.

Leos are probably too busy patting themselves on the back to read an article that isn’t exclusively about them because they’re so self-centered. They don’t even see the irony of how insecure they are underneath their constant need for praise. When they can’t get compliments from others, they start psychotically praising themselves like some kind of manic, used-up Hollywood actress from the ’30s, yelling “Do you know who I am?!” They’re despotic, bossy tyrants, surrounding themselves with a bunch of people who offer them empty, shallow compliments.

Virgos are uptight people who control every detail of their lives to death because they hate spontaneity or any upset to their petty day-to-day routine. Because of their neurotic inability to just let go and have fun, they make fantastic assistants or employees and horrific s*xual partners. Furthermore, their obsession with cleanliness is genuinely frightening to watch, as anything being out-of-place makes them fear for their lives.

Because of Libra’s desire to be accepted and liked and their deep need to feel popular, they have no backbone and they rarely are able to just make a decision. Going out to eat with them is impossible because they’ll look at the menu like they’re taking in a Great American Novel, never making up their minds and trying to do field research on the waiter with all their questions, while you’re like, “JUST PICK SOMETHING, JANICE.” Eventually, they’ll just pick whatever you do because doing anything alone is impossible for them. They’re phobic about exercising one shred of independence.

Scorpios are known for being a s*xual sign, however, their s*xuality has less to do with sensual pleasure than a total lack of any ability to control their impulses. They enjoy watching people suffer, as it makes the Scorpio feel more like they are in a position of power when others show signs of weakness.

They hide behind a mask of mystery and secrecy, trying to hide the obvious fact that they feel unloved, which drives them almost paranoid and leads them to treating their relationships like a series of political power plays.

This eventually creates huge messes they never actually clean up.

Gemini Man Flirts. But NOT if You Know The Secrets of HIM

Don’t be fooled by Sagittarians’ love for philosophy and spirituality or all their talk about it. In truth, they’re using these things to avoid the reality of everyday activities that they’d rather not deal with, and they are very empty people. The most frustrating thing about them is, they’ll never truly understand how their lack of thorough investigation into anything makes them look extremely dumb because they don’t care. It isn’t knowledge they are after; it’s the appearance of it.

Capricorns are as duller than dull, cold as corpses, unfeeling and uncaring. That is, unless you have money or are a pathway to it. They’re the original social climbers, and nobody can blame them because their own personalities aren’t interesting enough to climb the ladder of success on their own. It’s rare to find them having fun because that would be out of character for a sign that’s so busy calculating whom they should be rubbing elbows with to get to the top and whom they should crush along the way.

While Aquarians might appear to be eccentric, weird or original, they’re markedly aware of the fact that they are not that special. It’s simply their need to prove they are different that makes them so, not any inherent or real uniqueness. Aquarians claim to be generous and altruistic, caring for all of humanity, but just ask their partners and they’ll tell you that when it comes to one on one relationships, there is no one as detached or uncaring as an Aquarian. Aquarians uses their terminal uniqueness as an excuse for their lack of love and affection in their personal relationships, but in the end, believing they are geniuses could lead them to having a breakdown. Annoyingly, this would please them because they’ll do anything to appear interesting.

Because Pisces is so willing to just go with the flow, they spend most of their lives having only a vague sense of self. Not really knowing who they are or what they want, they get caught up in sentimental hysteria and live in a constantly confused sort of chaos. It’s been said that not all who wander are lost, and if you’re a Pisces, you probably love this quote. It gives you some affirmation that you’re not completely lacking direction in your life, but you are Pisces. You are lost.