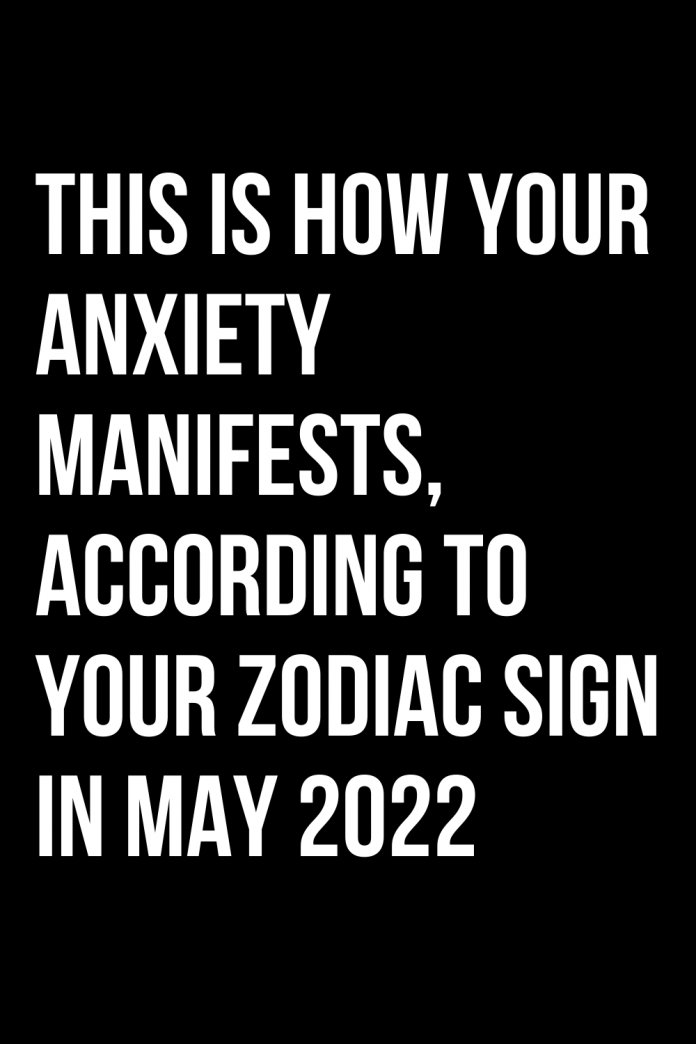 You feel a very intense—but also very vague and unspecific—dread. You know there’s something wrong, something that you should be deeply worried about, but you have no idea what it is. And it’s the uncertainty that makes the anxiety that much worse. You can sense danger, but you have no idea where it’s coming from or how to protect yourself from it.

Insomnia. Tossing, turning, sweating, flipping, flopping, hiding under the blankets and then casting off the blankets, your mind racing a thousand miles a minute. Trying to stop your mind from racing would be as futile as trying to stop a train by standing in front of it. And no matter how exhausted you are, you still can’t get any sleep.

You get compulsive. Whether it’s eating, drinking, drugging, fucking, gambling, or shopping, you indulge your compulsions until you run out of money, time, energy, or brain cells. And the worst part is that once you’re done bingeing, you’re just as anxious as you were in the first place—even worse, actually, because your compulsions just gave you a whole new set of problems to be anxious about.

You withdraw into yourself. You stop eating, drinking, taking calls, and functioning altogether. Anxiety paralyzes you to the point that you’re terrified to even breathe. It freezes you in time and ironically, it renders you completely incapable of tackling the problem that made you anxious in the first place.

Rapid heartbeat. Rapid breathing. Sudden sweating. Panic. Panic. Panic. And why is it even happening? No one’s chasing you or holding a gun to your head, but you are reacting physically as if you’re in immediate danger of losing your life. Take a deep breath and a sip of water. Then another deep breath. Stretch a bit. Go for a walk. Breathe more deeply. You’ll be OK, even though your body is telling you otherwise.

You know that feeling when you can’t find your phone or keys? Or you wonder if you shut off the stove before leaving your house? Or if you might have accidentally forgotten your mother’s birthday three days after it came and went? That’s what anxiety feels like to you—you can tell a piece is missing, but you wouldn’t even know where to look for it. And the uncertainty is absolute torture.

You express anxiety by crying. And not only at past traumas and current injustices—you cry at everything. Beautiful sunrise? You cry. Warm weather? You’re bawling. The omelette you had at the local diner had mozzarella cheese and you specifically requested feta instead? You’re curled up in a ball, sobbing. At least get some electrolytes in you, because you’ll cry so much that you’ll dehydrate yourself to the point where you’re basically a cactus.

You hurt yourself in some way. In extreme forms this self-sabotage can involve serious self-harm such as cutting or even suicide attempts. In less obvious forms this can manifest in isolating yourself, failing to exercise, either eating shitty foods or not eating at all, or numbing your pain through booze and drugs. You don’t realize that the very point of having anxiety is to motivate you to lift yourself out of a negative situation, not to plunge yourself deeper into it.

A masseuse would be the best person to tell when you’re anxious, because with you anxiety is manifested in your muscles. Your muscles tense up like you’re a person in a speeding car who’s about to hit a brick wall. Your whole body becomes as rigid and stiff as a surfboard. You’re basically a catatonic mummy when you’re anxious.

Although you are usually pretty outgoing and boisterous, the minute anxiety kicks in you become as quiet as a church mouse. It’s almost like you’ve taken a vow of silence. You quietly go about your business methodically and seeking to avoid drawing any undue attention, because if people really looked closely, they’d be able to tell that you’re screaming inside.

You take the opposite approach from Capricorn—to hide the fact that there’s a volcano brewing inside you, you pretend you’re having the time of your life. You hug people, kiss babies, overtip waitresses, and act like the life of the party. But while you’re acting like you’re at the Mardi Gras, inside there’s a funeral going on.

A deep sense of unreality befalls you. Life suddenly feels like a dream, and not a good one. You are aware that you’re putting one foot in front of the other, but are you really walking? You’re doing all the tasks your job requires, but is it really a robot that’s doing them? You pinch yourself to make sure you’re still there—to your surprise, you are.