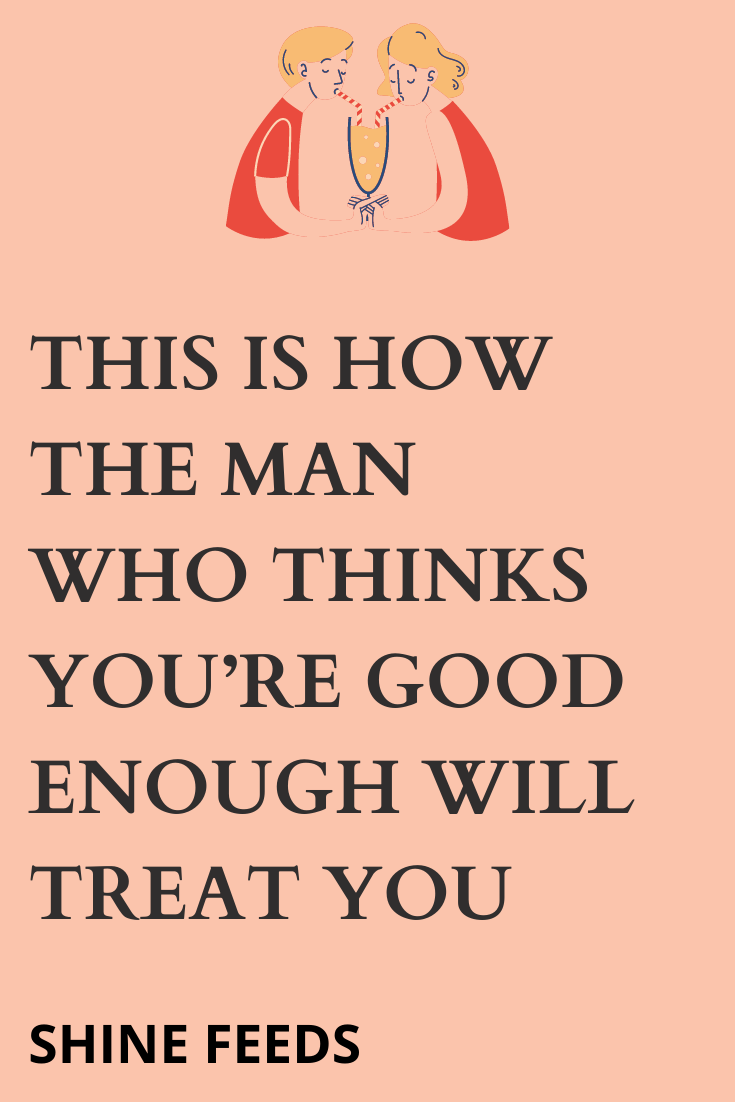 When it comes to dating, you’ve probably had a few wrong guys so far in your life.

You’ve encountered those whom you loved more than they loved you, you dated those who made you question your self-worth and you’ve probably met a few guys who didn’t appreciate you or the things you did for them.

It’s all part of life and the legend says that you need to date a few wrong ones before you’re ready for the guy who’ll treat you with respect.

Sometimes the problem may occur when life sends you the guy who’s worthy of your time and your love and who’s ready to treat you the way you deserve, but you might miss him because you’re not really the best at reading the signs.

In order to prevent that from happening, there are some signs you need to look for if you don’t want to miss the right guy and the guy who thinks highly of you, the man who thinks you’re more than good enough to be a part of his life.

He’ll be the first one to text

It’s not about who’s a man nor are we stripping you of your female power, but when a man sees you as worthy, that you’re good enough, he won’t leave any space for someone else to slide in.

He’ll text you first and he’ll make sure you wake up with a good morning note on your phone because he wants his name to be the first thing you see in the morning.

Also, he’ll never let you go to sleep without wishing you a good night because he wants to make sure you never fall asleep wondering if he’s thinking of you.

When a man knows your worth and when he thinks highly of you, he’ll never do anything disrespectful such as ghosting you or disappearing just out of blue.

With a man who knows your worth, you’ll always know how he feels about you and you’ll be aware if or when his feelings change.

He won’t just show you he’s cooled off by short-texting or anything similar.

He’ll talk to you upfront and try to solve your problems instead of running and hiding like scared boys do.

You won’t need to think twice before texting him and there won’t be any space for you to fear like you’re choking him because he’ll make sure you know he loves seeing your name on his screen.

He’ll prove to you that you stand high on his priority list and you’ll always have privilege when it comes to him giving his time to others.

He’ll always make space in his schedule for a good woman.

With a man who knows your worth, you won’t ever need to question where you stand in his life.

You won’t ever have to question if he has planned to have you as a part of his life because he’ll be talking about the things you two will be doing together in the distant future.

The best part is you won’t need to fight for the spot, to him it will be completely logical to make a spot for you.

He’ll do it on his own because he knows you’re good enough and that he can’t do anything that would make him lose you.

You might have had this question in one of your previous relationships, but when it comes to the man who knows your worth, you’ll never have to ask yourself if you’re just one of his girls.

Because he’ll do everything in his power to make you feel special and to make sure you’re aware that you’re the only one for him.

He’ll make sure you know that it’s just you and that one woman is more than enough for him.

You won’t need to hold back nor will you need to wait to tell him how much he means to you because he’ll beat you in that race by a mile.

He’ll show you that he isn’t holding back and therefore there won’t be the need for you to hold back either.

In fact, he’ll be pleased to see you expressing everything you feel in order to deal with it in time and prevent you from bottling up your feelings.

He’ll do all this because building a healthy relationship with you will be highly important to him.

It’s because he knows you’re good enough and he wants to do things right with you.

Instead, he’ll make sure you know he’s fallen for you long before you even think of dating him.

And once you have reciprocated his feelings, he won’t ignore this, he’ll make sure he treats you even better.

He’ll show you off proudly

His friends and his family will know about your existence and not only that, but they’ll treat you with the utmost respect because they’ll admire you even before they meet you thanks to the stories he’ll tell them about you.

Moreover, you won’t need to make up excuses for his bad behavior to your friends or family because he’ll be more than happy to meet them and get on good terms with them, since he’s aware they’re a great part of your life and how much they mean to you.

He’ll never do anything to stand between you and them, so you don’t have to worry about this ever.

When a man hides you from everyone then you can sense something is off.

But when a man knows your worth and when he thinks you’re good enough there won’t be a single person in his life who won’t know about you.

He won’t hold back from holding your hand publicly or showing his emotions in front of the whole world because he’ll be more than pleased to tell the world how good of a woman he has next to him.

If he thinks you’re good enough he will show you. He’ll do everything in his power to make you fall for him and to be ‘his’.

Because no sane man would ever allow a good woman to slip through his fingers. He’d do everything he could to show her he’s worthy of her love as well.